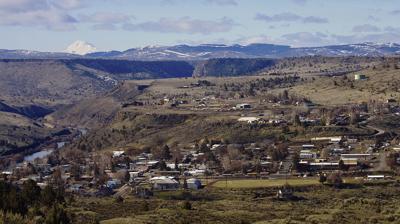 The economists, ivy tower types and, ahem, journalists, who think about this sort of thing refer to the potential phenomenon of a “pandemic migration” resulting in “Zoom towns.”

With COVID-19 preventing so many people from going into the office, the question naturally emerges: If you can or must work from home, why not live somewhere cool?

Instead of commuting through Portland traffic to sit in a cubicle, why not amble downstairs in your bathrobe, sip your coffee, gaze at the Wallowa Mountains and login from Joseph? The “Zoom town” expression comes from the Zoom app that allows workers to attend meetings and make presentations remotely on their phones or computers.

The newcomers bring their job, money, taste, expectations and politics with them. The growth results in Zoom towns, if not exactly boom towns.

“I thought we were going to crater,” he said. “Then people came out of their shells and said, let’s move.”

Why not? In an Aug. 6 article in The Atlantic magazine, staff writer Derek Thompson said the internet took apart “​the bundles of previous centuries” such as cable TV, local newspapers and department stores.

“Now, with the pandemic shuttering the face-to-face economy, it seems poised to weaken the spatial relationship between work and home,” Thompson wrote.

All of which makes Josh Lehner say, “Well... .” He’s with the Oregon Office of Economic Analysis, which routinely produces sharp, timely, well-sourced looks at trends and developments.

Oregon was already second to Colorado in the percentage of employees who work from home, about 7.5 percent. The coronavirus caused a spike nationally, with one survey estimating the share of remote workers in the U.S. jumped to nearly 50 percent of the workforce.

Lehner said a pandemic migration would benefit Oregon and especially rural communities. But a sustained, massive shift to working from home is unlikely, and it won’t be enough to drive an overall economic transformation, he wrote in an online post.

In an interview, he pointed out some unknowns. Would pandemic migrants make Zoom towns out of places such as Joseph and Klamath Falls, or would they “double down” in already popular destinations such as Bend and Hood River?

What happens with people who mostly work at home but travel to the office to maintain connections? “If you have to go to the office once a week, you’re probably not willing to commute three hours, let alone five hours,” he said.

Oregon won’t see a flood of people repopulating rural areas, Lehner said, but every little bit helps. At the same time, Portland and other metro areas have social and cultural advantages going for them, not just jobs.

At this point, there isn’t enough data to sort out the real impact, he said.