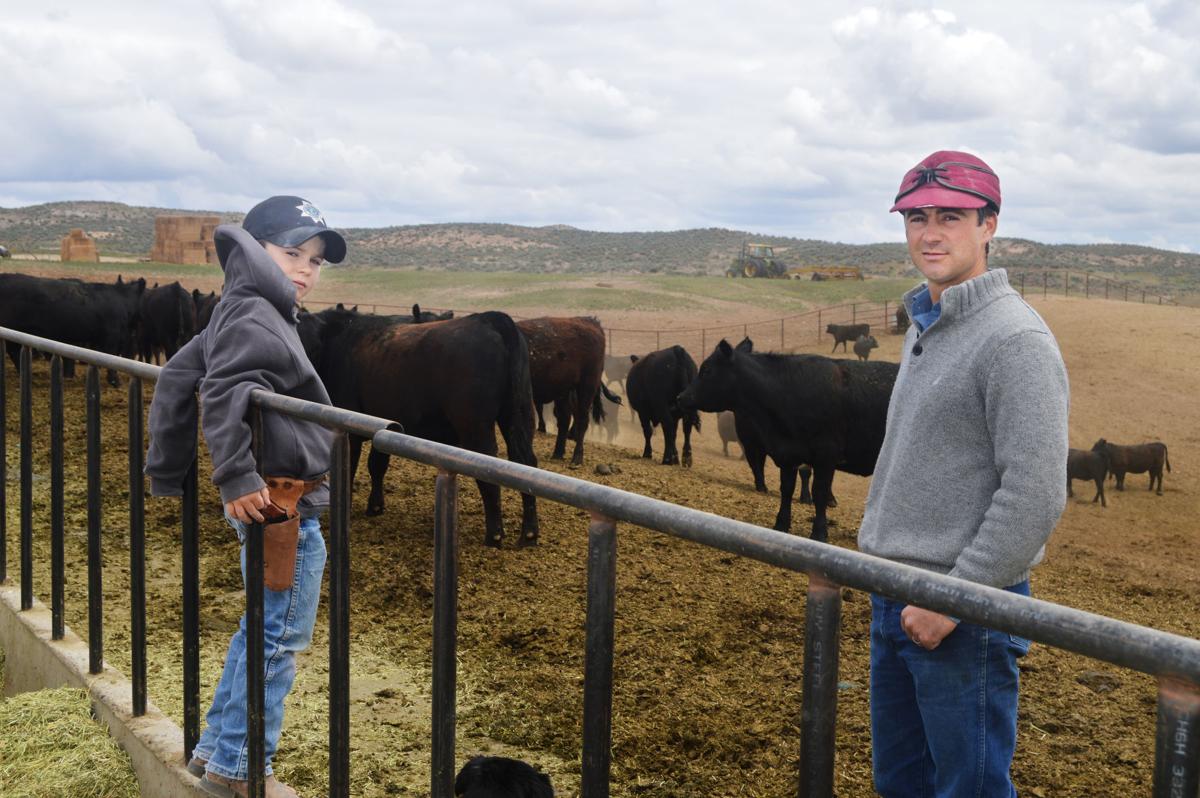 Elias Eiguren, with his son, Thales, in this 2016 photo on the family’s ranch in Arock, is treasurer of the Owyhee Basin Stewardship Coalition.

Elias Eiguren, with his son, Thales, in this 2016 photo on the family’s ranch in Arock, is treasurer of the Owyhee Basin Stewardship Coalition.

The “blue sky” promises of an infusion of tourist dollars that would accompany the designation of a national monument in the Owyhee Canyons didn’t ring true with locals in Southeast Oregon, who for years have watched hikers and rafters visit the area without leaving much behind in the way of cash.

“The reality is folks have already bought everything they need before they get here,” said Elias Eiguren, a fifth-generation rancher and founding member of the Owyhee Basin Stewardship Coalition, a group that was formed to fight the national monument proposal.

Then there was the stark possibility that the designation would prevent ranchers from putting out cattle on the public lands they had grazed for decades, and the subsequent harm that would inflict on the environment and local business.

“Our concern was if the monument designation were to happen, that we would eventually be phased out,” said Steve Russell, a Jordan Valley rancher and chairman of the coalition. “Our livelihoods were at stake. And, if we are gone, these other businesses are hurting, too.”

Added up, the proposal to create a national monument on 2.5 million acres of Malheur County — a proposal backed by Keen Footwear and other outside interests — didn’t sit well with the locals, and, in fact, coalesced them into opposition.

The opposition had history on its side, Eiguren said.

“Every time we invite more government and more folks to be involved in management from outside, it has been a negative for us,” Eiguren said. “Generally, our values don’t align, they don’t understand how we live on a daily basis and our operations get cut back.

“We saw this negatively affecting our businesses and also contributing to the terrible fires that we’ve seen and the resulting invasive species that have been taking over this landscape,” he said.

The coalition hired a public relations firm with money it raised from ranchers, local business owners and concerned organizations and launched a campaign to turn back the designation. When the Owyhee Canyonlands were not included on former President Obama’s final list of monument priorities, members of the coalition and the community at large could breathe a sigh of relief, and, perhaps, pat themselves on the back.

“It is pretty exciting to show that when we get folks together for a good cause who are willing to think and do good works, even in a place as small and spread out and rural as Malheur County, we can actually have some level of self-determination,” Eiguren said.

“I think our work had a lot to do with the result,” Russell said. “Had we done nothing, I think we might have got a monument.”

The coalition now is crafting legislation it hopes will prevent future attempts to create a national monument in the rugged, scenic canyonlands.

“The legislation is designed to take away the incentive for a monument by ensuring multiple and healthy uses of the land, instead of setting it aside as a monument and shutting it off,” Russell said.

“We want to keep working on the land to ensure our future,” he said.