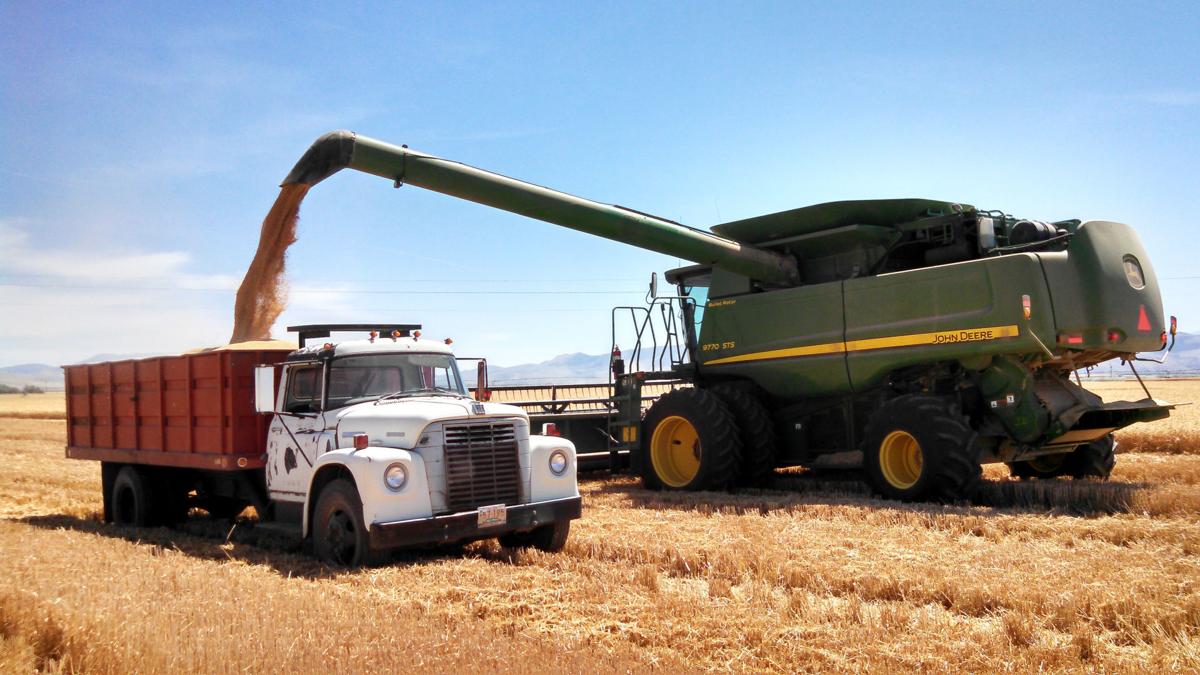 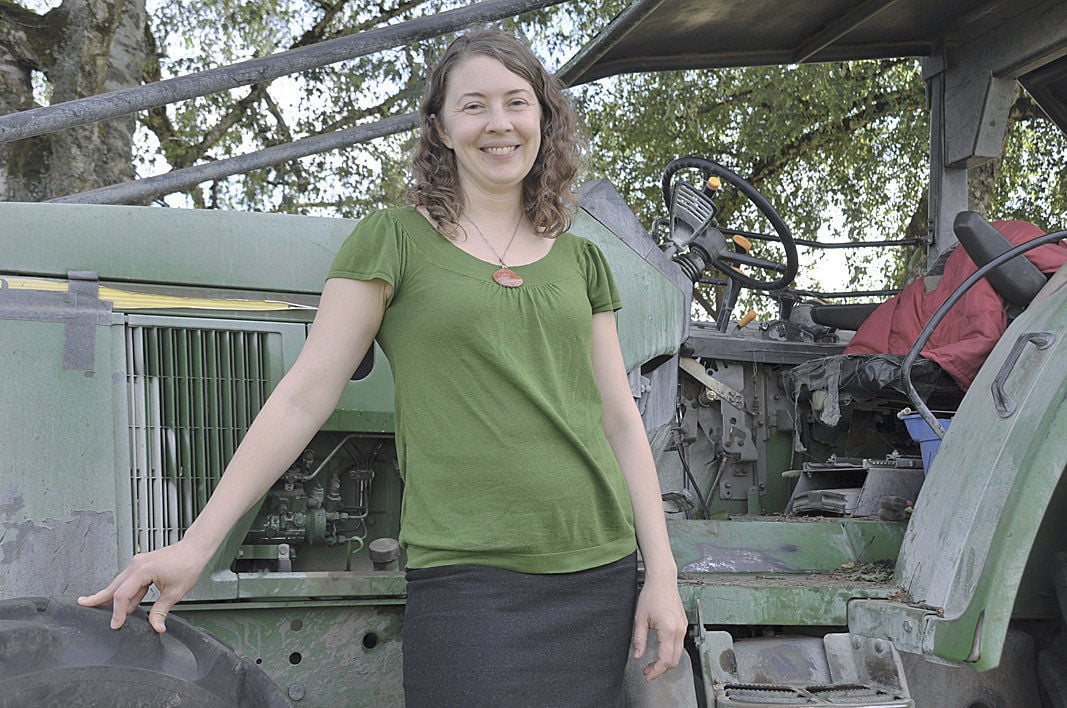 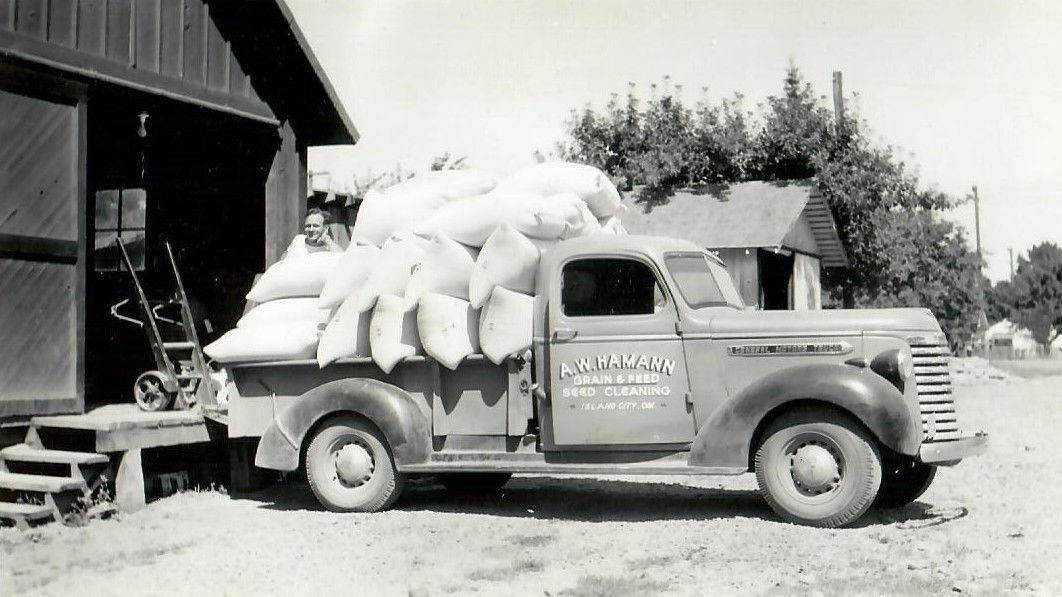 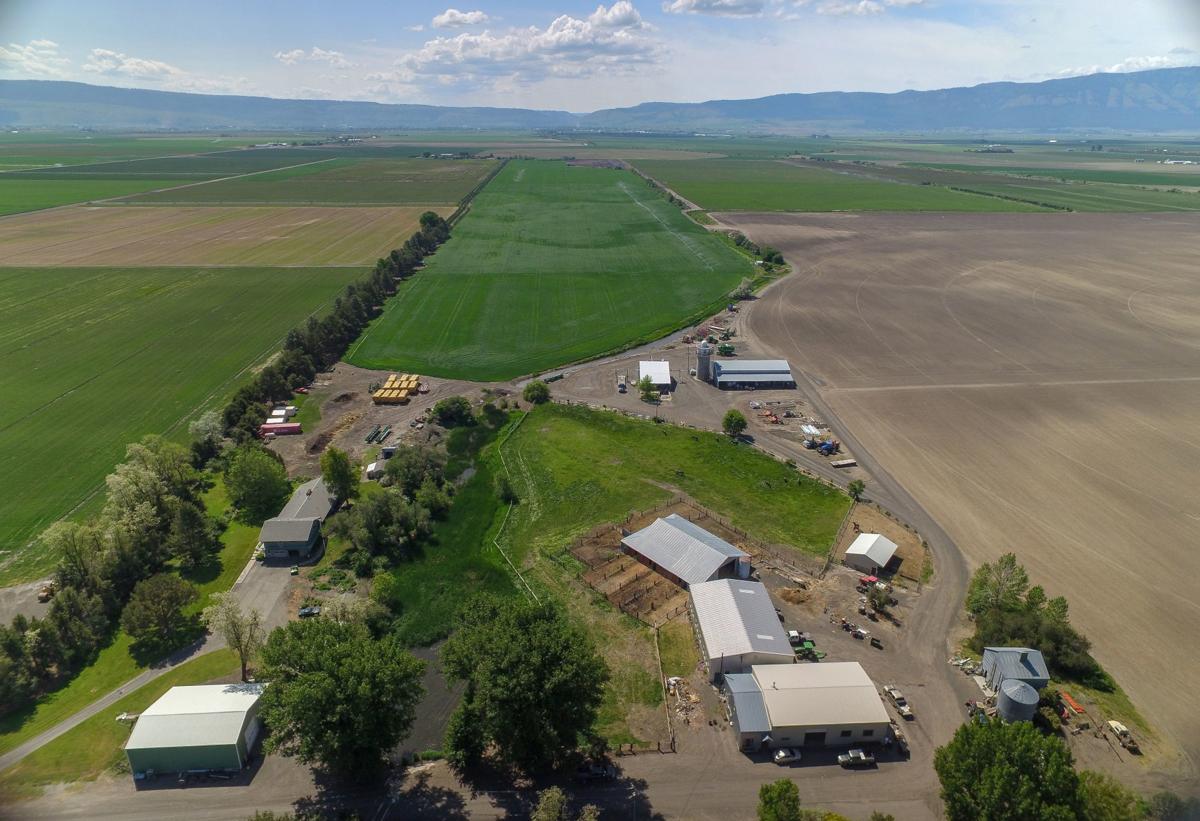 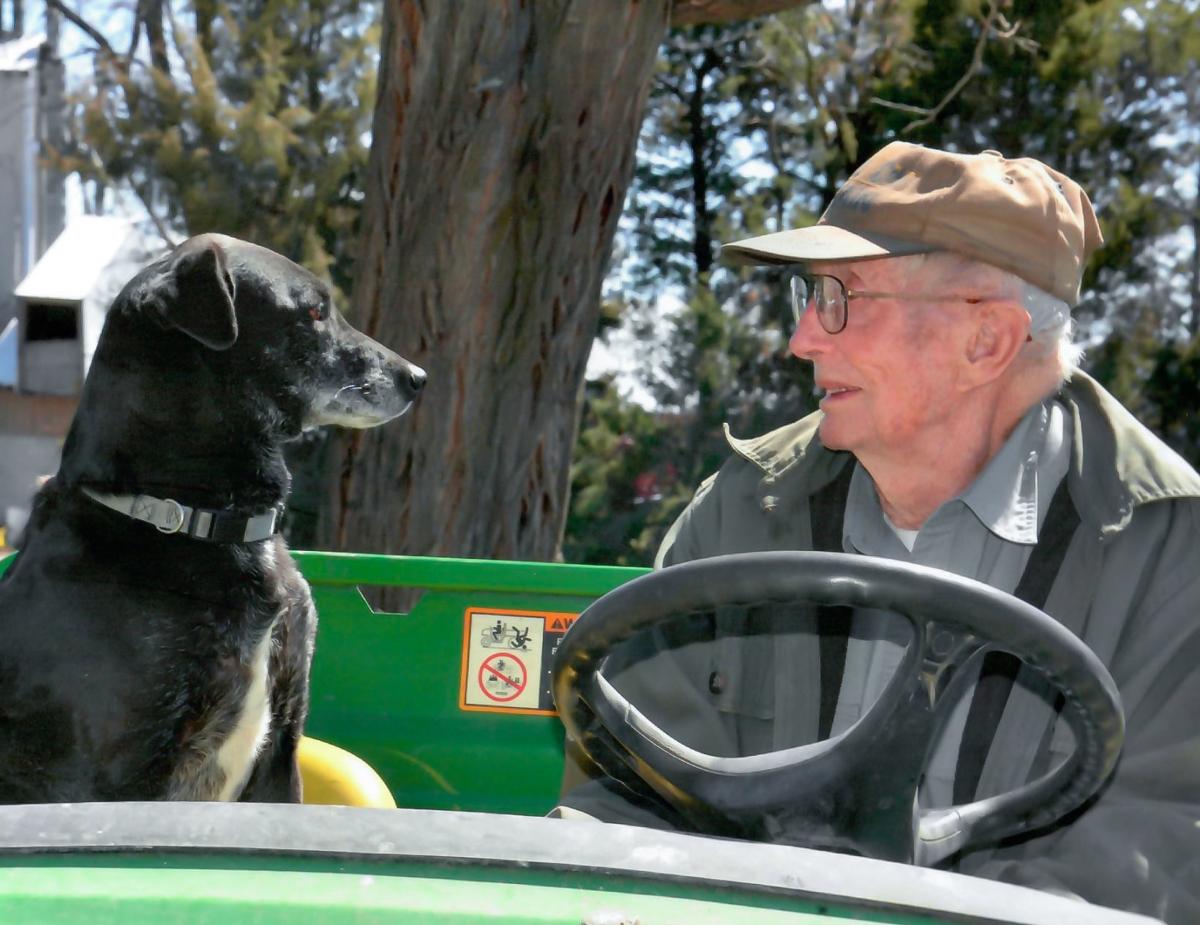 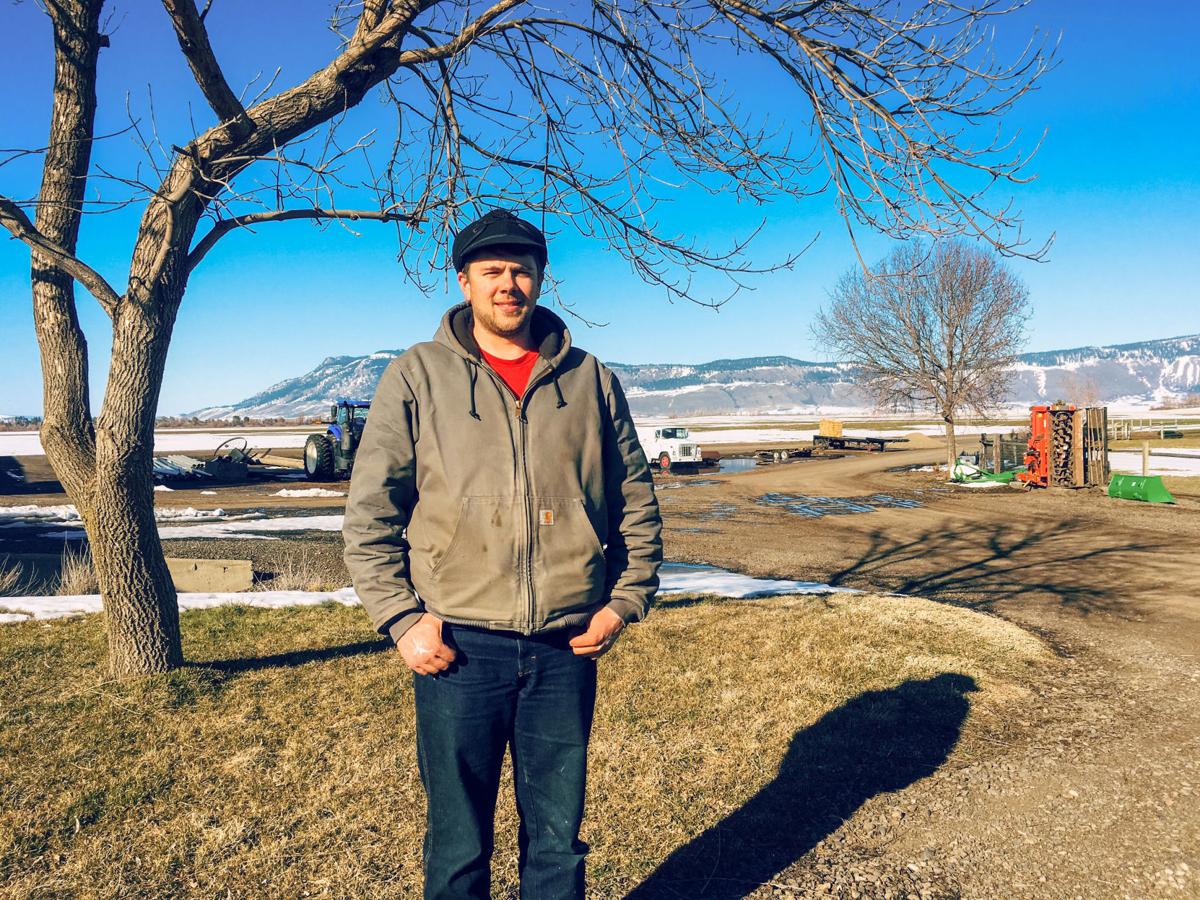 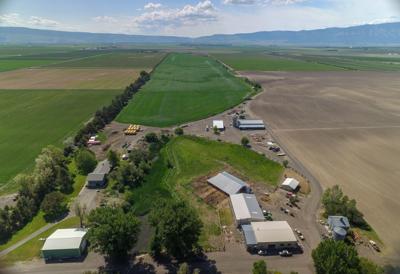 While he grew up working all parts of the family farm, Max Nilsson says, “the last seven years have been my apprenticeship years.”

The Hamann Angus Ranch has survived and grown through 100 years because each new generation has learned how to manage the land and business under the wing of the previous generation. The family, including the four Hamann sisters and their children, is very tight knit and close to the farm and its future. The future is Max, his sister, and cousins who are the fourth generation to farm the family place outside of La Grande, Oregon.

In farming it is often said, “the first generation buys it, the second generation builds it, and the third generation loses it.” But the Hamann Angus Ranch has moved through four generations because of innovation and diversification of each successive generation.

The farm first made it through the Great Depression with help from the family’s feed store business. This allowed the family to keep the land and even provide a fair living during hard times. As Max puts it, “even during the Depression, Grandpa had a new pair of shoes each year he didn’t care to wear.”

After serving in an Army engineer battalion during WWII, Willie Hamann took over the family’s small place, bought more land with help from the GI Bill, and began to specialize in seed production while keeping things diversified. “Grandpa is, at heart, a seed man,” Max said, “but he was doing custom seed cleaning, while farming, while ranching. And always doing it with a William Penn cigar in his mouth.”

While Willie’s operation was primarily dry-land farming, Pete pushed to increase irrigated acres and expand into new crops including mint oil production. Neither father nor son expected Max to take over the farming business. After high school, Max went to flight school, studied at history, geology and geography at University of Oregon, and worked as a “groomer” at the Mt. Bachelor ski slope. While he expected to be a pilot, for Max, home was magnetic. He came back every summer to work on the farm, and over three years, he realized he wanted to return permanently.

“I slowly recognized I had the opportunity to come back and make a living at a job I really like.”

But there are huge challenges to farm succession for any farmer.

Farming operations entwine generations, families, family members, styles and visions. While younger generations are needed, it is hard to get started. Acquiring new land and equipment can be cost prohibitive for both first generation farmers as well as those inheriting or marrying it.

On multi-generational farms, older generations own the equipment and land so younger farmers don’t own assets. For some families, there are “gap generations” that won’t get a chance to farm as the oldest generation lives and farms longer. Fewer people are interested in farming perhaps, and farms can support fewer families than they used to. Agricultural businesses are often land-rich and cash-poor, and farmland is often sold or developed to pay the inheritance of non-farming children, estate taxes, and fees.

These complexities make it essential for families to talk and develop a succession plan, according to Nellie McAdams of Rogue Farm Corps.

“A succession plan is more than an estate plan. It is hard because folks have to understand the financials of their own business, set a retirement date, and sit in a room with family members and professionals.”

The greatest challenge is often interpersonal and even spiritual. “It is hard for anyone to come to terms with their own mortality and legacy.”

But McAdams and Rogue Farm Corps are trying to make the succession process easier through a statewide workshop series called Changing Hands. She says the situation in Oregon is critical.

“As the farmer and rancher population ages, 64 percent of Oregon’s agricultural land will change hands in the next 20 years. Yet most farmers do not have a succession plan.”

The upcoming “great succession” of two-thirds of farms and ranches is significant because agricultural land makes up one quarter of the state. Rogue Farm Corps estimates 10.5 million acres will change hands, meaning big changes in ownership, management, farm size and land use may be on the horizon.

As the change plays out, many wonder who will farm Oregon’s 16.3 million acres as older farmers and ranchers retire and pass on.

While young farmer training, loan and other programs have sprung up in the last decade, the average age of farmers continues to climb.

Thirty-year-old Max Nilsson sees the problem playing out all around him. “I’m going to have to get bigger just because I don’t know who’s going to farm all the land in the Grande Ronde Valley. There aren’t many people younger than me who are farming around here.”

McAdams says there are several current and proposed state programs to help young farmers like Max get started and older farmers like Willie to pass on their operations.

Oregon Water Resources Department (OWEB) provides four different voluntary grants for succession planning and land preservation. Additionally, working lands easements and covenants allow landowners to lock in agriculture and prevent future development. Farmers are paid for easements, which makes it possible to pass on land instead of selling it to pay inheritances to off-farm relatives and estate taxes.

“Oregon’s estate tax is one of the most onerous in the nation for farmers and ranchers as it affects estates worth $1 million or more,” McAdams said. The value of agricultural land, modern equipment, and infrastructure quickly add up to large estates on farms and ranches.

“Being forced to sell off parcels hamstrings farm business year after year, which makes it harder for the next generation to be profitable,” McAdams said.

Easements are essentially the sale of development rights, but McAdams notes that it doesn’t mean farmers are forced to make choices they don’t like. Landowners negotiate 20- to 50-year easements with a land trust or soil and water conservation districts and only give up rights they want to.

“Easements aren’t for everybody, but for some it means the difference between passing on the farm on or not,” McAdams said.

The most significant new program for farm succession in the state is the Oregon Agricultural Heritage Program, passed in the 2017 legislative session. The program is designed to address the dual issues of farm succession and agricultural land preservation.

McAdams believes farm succession planning will not only preserve family farms, it will preserve agriculture itself into the future. Despite strict land use laws in Oregon, there are over 50 exceptions to the Exclusive Farm Use (EFU) rules on agricultural land. McAdams says these exemptions and successful lobbying by land speculators to extend urban growth boundaries (UGB) have caused the loss of large tracts of farmland.

“The biggest patch of Class 1 soil in Oregon is underneath the city of Portland. The best soil is near rivers like the Tigress, Euphrates, Willamette, and Rogue. The best places to live are also the best places to farm, but we can’t have both and we have to choose.”

The Oregon Agricultural Heritage Program would help increase succession planning and working lands easements, but it is currently unfunded. If the program receives the $10 million that advocates are requesting this session, the it would be able to offer four voluntary grant programs to address statewide succession issues and leverage millions in federal dollars for the state.

As for the fourth succession at the Hamann and Nilsson farm, Max says there is still a lot to talk about.

“There is less conversation about the next generation than there should be.”

He hopes to be able to draw another cousin back to the farm. He’s interested in expanding to other crops that they could process in their mint oil facility. He wants to experiment with native seed production. He wants to keep up with technology and international trends in agriculture.

“Who knows? In Japan they are focusing on smaller and smaller tractors. My cousin Ben and I might be farming alone with tiny robot tractors.” He chuckles as he says what he’s really hoping for is a precision weed sprayer — a robot that will hunt down and spray each individual weed in a field.

“If they can sort M&Ms with lasers, we should be able to hit cheat grass with robots.”

Perhaps his attitude of innovation and adaptation is how the family farm has lasted over generations. “I’m ready for the future,” he says.

But Max Nilsson is also keenly aware of the past — of the decisions made by his family, his dad, and his now 95-year old grandfather.