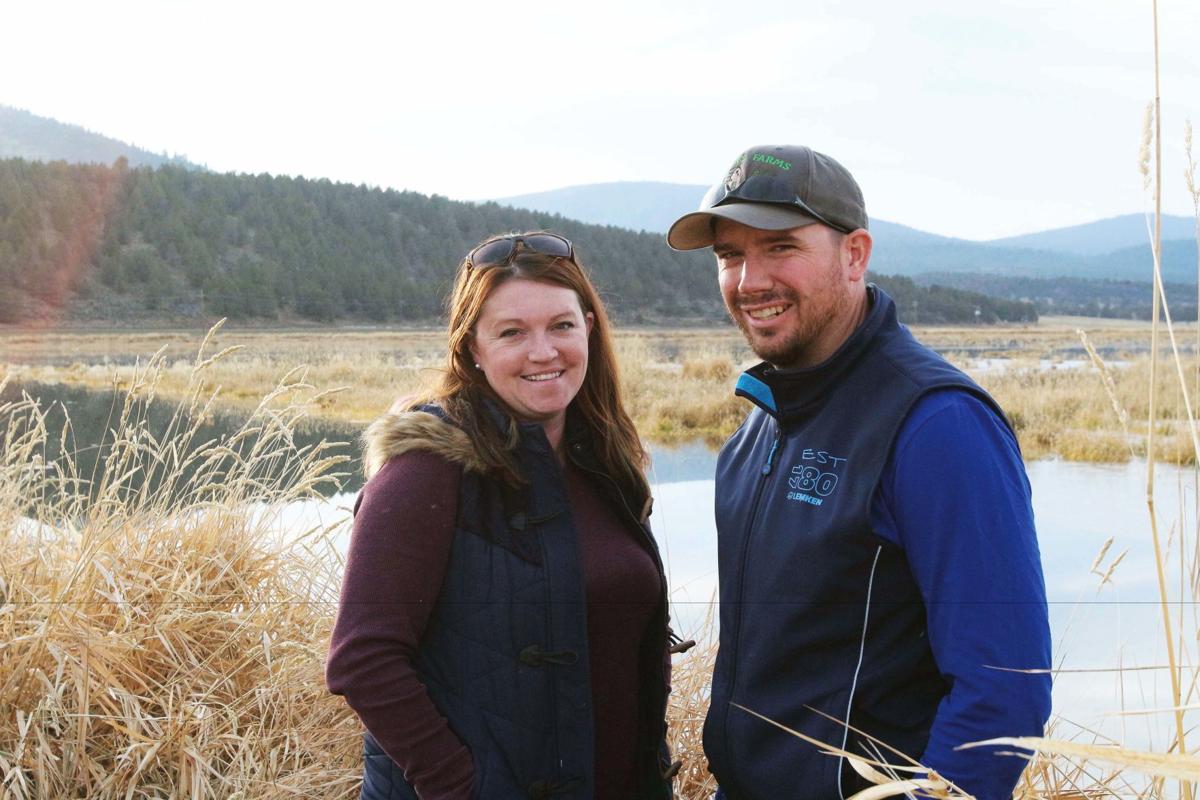 Victoria and Jason Flowers and their family have about 260 acres in the Walking Wetlands Program south of Klamath Falls, near the California border. 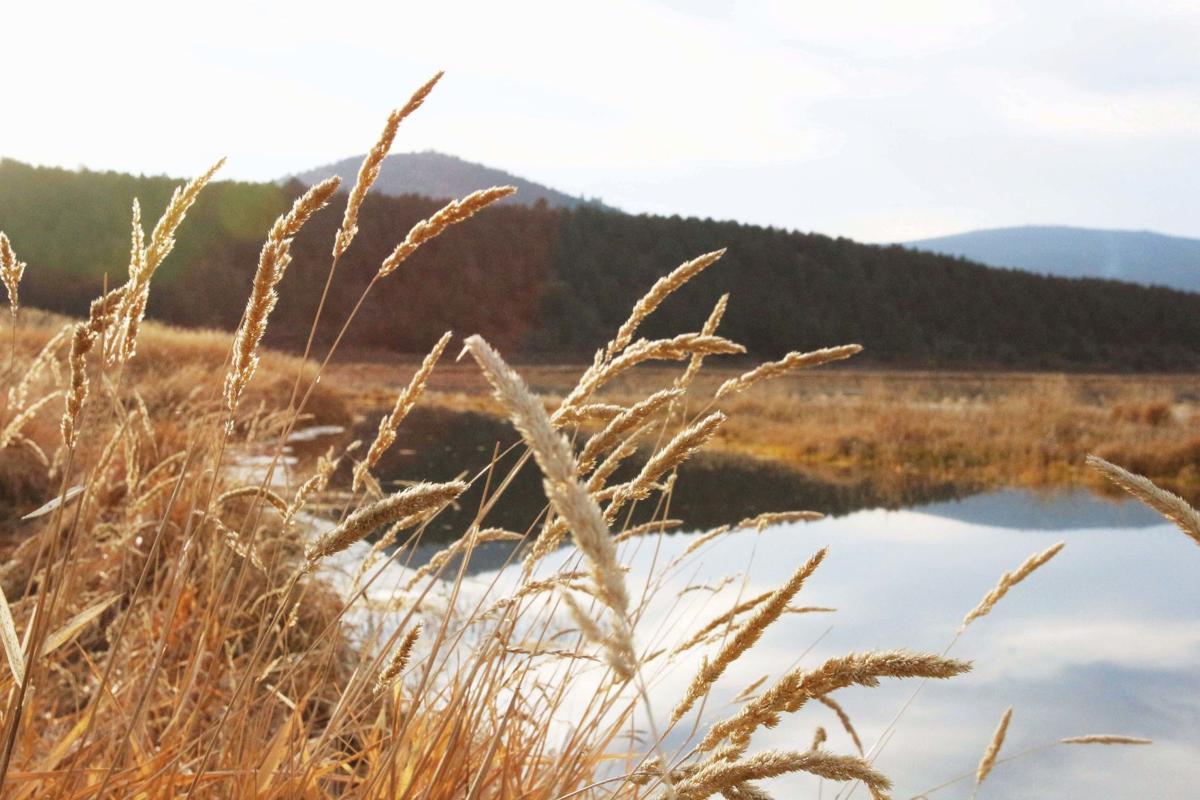 Standing grain is left for migrating birds as part of the Walking Wetlands Program in the Klamath Basin. Environmental groups and agricultural organizations are suing over management of the Klamath Basin National Wildlife Refuge Complex. 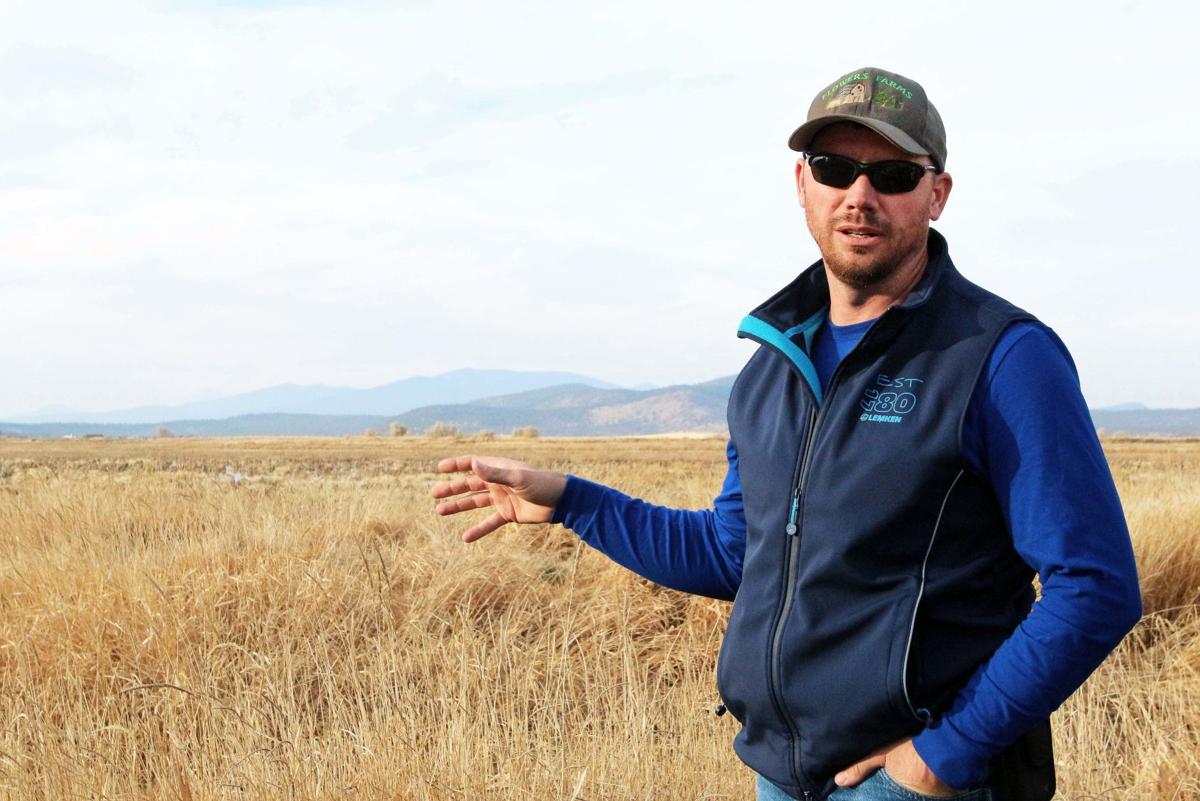 Jason Flowers, a fourth-generation farmer in Worden, has been a participant of the Walking Wetlands Program for more than 10 years.

Victoria and Jason Flowers and their family have about 260 acres in the Walking Wetlands Program south of Klamath Falls, near the California border.

Standing grain is left for migrating birds as part of the Walking Wetlands Program in the Klamath Basin. Environmental groups and agricultural organizations are suing over management of the Klamath Basin National Wildlife Refuge Complex.

Jason Flowers, a fourth-generation farmer in Worden, has been a participant of the Walking Wetlands Program for more than 10 years.

Jason and Victoria Flowers walked through the fields on their family’s property in Worden on a mild November afternoon, pointing toward acreage that’s been part of the U.S. Fish and Wildlife Service’s Walking Wetlands Program for more than 10 years.

Jason grew up exploring these fields 10 miles outside of Klamath Falls. The couple had their engagement photos taken there as well.

In exchange for flooding his fields and leaving standing grains to feed migrating birds, Flowers was allowed to farm land on the Lower Klamath National Wildlife Refuge this year.

He has a year-to-year contract subject to irrigation water availability, which this year was consistently uncertain.

So uncertain that he is one of the few participants this year who took part in the program, facilitated by the Klamath Basin National Wildlife Refuge Complex and U.S. Fish and Wildlife Service.

Under the program, land is flooded for wetlands in some years, then later restored to cropland as other parcels in the area are flooded in rotation. Some parcels are left flooded for up to four years. Others are flooded from fall through spring to provide seasonal wetlands.

The rotation, which gives the effect of the wetlands “walking” around the area, gives the program its name.

The program operates on leased cropland within both Lower Klamath and Tule Lake Wildlife National Refuges on the Oregon-California border. Private landowners such as the Flowers can also opt in the program, which offers them land to farm for free within the refuges. In exchange, farmers agree to leave as much as 33 percent of their grain standing for the birds.

Because of significant drought in the Klamath Basin, none of the participants could provide year-round wetlands in 2018.

“We didn’t have any wetlands this summer through our Walking Wetlands Program — at least permanent wetlands,” said Greg Austin, manager of the Klamath Basin National Wildlife Refuge Complex, which covers six refuges in Oregon and California.

Austin noted the program still had seasonal wetlands this year.

“If it’s a drought year, we just go to plan B,” Austin said.

“Instead of a wetland, we will ask for more standing grain, so we’ll still get those energy benefits, energy requirements for the birds met, but through a grain.”

Austin said even in a drought year, the refuge has population objectives to meet so that birds flying through the Pacific Flyway have enough to eat.

“We try to grow the foods to meet the requirements of those large numbers of birds that come through,” Austin added.

The availability of water is key to farmer participation.

“(With) the water situation, a lot of people couldn’t keep the ground flooded because of the lack of water,” Jason Flowers said.

The Flowers were able to keep land flooded throughout the spring by recycling and recirculating water until they could tap irrigation water from the Klamath Project in June. They also left standing barley for the ducks and geese that frequent the family’s property.

In exchange, Flowers farmed on the Lower Klamath National Wildlife Refuge this year, as well.

Water availability is the key factor for the program.

“We were still able to provide a wetland habitat,” he said.

But he had to scale back normal participation in the program. Instead, of flooding all of the 260 acres in the program, he drained 100 acres nearby and used that water to keep the remaining 160 flooded.

“They knew that this was going to be a tight water year and so what they let some people do to stay in the program, instead of flooding their ground, you could farm it up, plant a grain crop, and just leave it all standing for the birds,” he said.

Seeing the wildlife thrive is part of the reason Flowers decided to stay on the family farm.

The wildlife is also part of why he did what was necessary to make a wetlands work on his property in a dry year.

“I know we weren’t the first ones in the area but we were one of the earlier ones to get involved with it. They (Fish and Wildlife Service) had funding available to help develop your property so it floods easier.”

As part of the incentive for the program, the Fish and Wildlife Service installed control structures to help the Flowers maintain the water levels.

At the direction of the agency, Jason said he floods the field in the spring and then slowly drains it off as summer approaches.

“That encourages certain aquatic weeds to grow that they’re looking for,” Flowers said.

“You leave it dry pretty much most of the summer and early, mid-fall you start kind of flooding it back up,” he added. “They only want you to flood it to a certain depth so that way the ducks can tip over and eat the weeds off the ground.”

The program has benefits for the farmers.

When researchers first devised the rotation system they found that it improved soils and helped eliminate soil-borne pests such as nematodes, which can be parasitic to potatoes.

“They saw both a reduction in nematodes and noxious weeds,” Austin said. “When they came out of that wetland status, then they saw increased yields as well.”