Skip to main content
You have permission to edit this article.
Edit
Home
Subscriber Services
Cover Story
The Land
Making a Living
The Culture
Features
Views
e-Edition
Share This 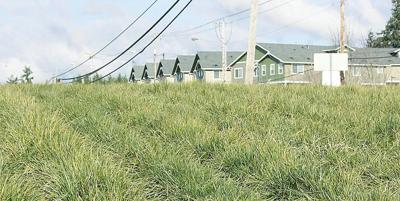 In 2021 a bill was passed by the Oregon Legislature that opened up 200 acres of land zoned exclusive farm use (EFU) to housing development between Ontario and Nyssa.

Senate Bill 16 will allow up to 100 houses on two-acre minimum lots in the Eastern Oregon Economic Border Region on the state line with Idaho.

“This land that is zoned EFU but is not high-value or productive, viable farmland,” he said. “It is in fact vacant and growing weeds.”

Senate Bill 16 creates a limited exception to Oregon’s historic Senate Bill 100, which created the state’s land use planning system in 1973. Unlike other states that have significant housing sprawl into agricultural land, Oregon’s land use planning system is designed to protect the land with the highest quality agricultural soils from development.

“I believe Senate Bill 100 is one of the best bills ever created because it protects farm and forest land,” Findley said. “The problem is that when the county made zonings they made pretty broad sweeps.” He says a lot of the land zoned “Exclusive Farm Use” is not actually high-quality farm ground, but land that would be better utilized if farmers could sell it for development.

Senate Bill 16 prohibits the development of land with water rights or class 1 or 2 soils in the Eastern Oregon Economic Border Region. “We’re not making any more ground and we need to protect it,” said Findley. “But if someone wants to build a $300K house on a patch of weeds and pay property taxes, I say, ‘let’s do it.’”

Opponents of the bill agree that “we’re not making more ground” and are worried about the precedence it sets.

“This is a bad precedent because it doesn’t meet the housing needs in the area, which are farm worker and low-income housing, and it doesn’t go through the existing land use planning program,” said Mary Kyle McCurdy, deputy director of 1000 Friends of Oregon. Her organization is the primary land use watchdog in the state.

Under Oregon’s land use planning program, the landowners in the Economic Border Region could apply for conditional use permits to build non-farm dwellings’ but Senate Bill 16 circumvents that process and provides an outright allowance.

“Many non-farm dwellings, especially east of the Cascades, are regularly allowed on lower class soils so I don’t see the need for this bill,” said Jim Johnson, Land Use and Water Planning Coordinator for the Oregon Department of Agriculture.

Findley said the bill is limited in scope, doesn’t require a costly county-level rule change, and allows flexibility depending on local needs. “By limiting the bill to 100 lots, this won’t create traffic problems or urbanization.”

Mary Kyle McCurdy of 1000 Friends is concerned that bills like SB 16 weaken the land use planning system — she is worried that year by year SB 100 is suffering “a death by a thousand cuts.”

“Every change to the land use planning system has been because some legislator said we need to open the planning laws for breweries or bed and breakfasts, etc.,” she said. “All changes are painted as low impact, but cumulatively there is an impact. Where is the tipping point?”

“Farmland protection is not just about protecting the footprint but the shadow the development impacts adjacent lands,” he said. “It is all about what impacts the primary use. In land zoned for ag use, the priority use is ag. In a rural residential zoning, the priority use is housing and should not be ag.”

Jim Johnson says it is important to utilize the land use planning system and to look at land use from a landscape level. “When you look at agriculture, it’s not just about land and water,” he said. “You’ve also got to have the infrastructure to operate. Fertilizer plants, irrigation districts, food processors.” He said housing development in agricultural areas often precipitates the loss of the infrastructure itself. “You may have the land base, but more houses and fewer farms means you don’t have the critical mass to support the infrastructure.” The farms that are left, he says, then have a harder time.

Findley said SB 16 helps address problems he sees as Senate Bill 100 is sometimes a “one-size-fits-all” approach. Across the border, Idaho has much different laws on housing development and has experienced a housing boom while the Ontario area is stagnant.

“In the last two years, 240 houses have been built on the Idaho side, versus 15 in Ontario. The land use laws are easier in Idaho. This bill was to try to make the region compatible.”

However, Findley said he doesn’t want Oregon to go the way of Idaho in terms of development.

“All you have to do is drive from Ontario to Boise on the back roads to see thousands of homes on farm ground.” But the issue is complicated because the easiest place to develop new housing is within Ontario’s Urban Growth Boundary (UGB), which is on the valley floor on high value soils. “In the UGB, there are 2,200 acres in urban reserve. That is class 1 farm ground,” he said. “Are they [opponents] saying we should develop that ground before we develop rocky hillsides? I say no.”

But Jim Johnson of ODA takes issue with the common “one-size-fits-all” characterization. “The reason that the Oregon planning program has lasted as long as it has it is dynamic and isn’t one-size-fits all,” he said.

He worries that SB 16 usurps the system in place for making development decisions. “Are we going to have the legislature become the state’s planning commission?” he said. “Land use planning is all about long-term allocation calls rather than short term decisions like these kinds of bills tend to be. If there is really a need, let’s talk about that through the land use system, and let’s consider farm and forest use, water and environmental quality.”

Mary Kyle McCurdy says the need for rural housing and other development is a critical issue, and there are many ways to help address it. She sees the land use planning system as a way to address needs and add value rather than restrict development.

For example, she said 1000 Friends supported the initial development of the Eastern Oregon Economic Border Region as a way to address the issues within the economic watershed of the Treasure Valley.

She cites the development of the Nyssa transfer station, which helps onion growers ship their product, as smart economic development that doesn’t threaten farmland. “We want to support projects that benefit farming and ranching, not just individual landowners,” she said.

Nella Mae Parks is a farmer and freelance writer from Cove, Ore.