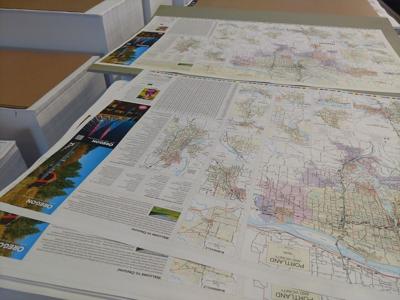 Dave Frohnmayer — a storied leader of Oregon's democratic and academic institutions — showed me the Oregon Way. He never defined it. He never disclosed who formed it. And, he never developed a clear test for how to identify it. Still, Frohnmayer showed me that an Oregon Way exists, that it can be restored, and that it can revive our sense of a statewide community.

Frohnmayer, then-president emeritus of the University of Oregon, used to grab coffee with me in the Wayne Morse Commons at the UO School of Law. At the time, I was a student at the UO, studying economics. The meetings started as prep sessions for my impending Rhodes Scholarship interview (Frohnmayer won the award; I fell short at the finalist stage). Eventually, these formal sessions turned into informal coffee chats.

The setting of the Morse Commons could not have been more appropriate. Both Frohnmayer and Morse, who served in the US Senate, lived the Oregon Way by relentlessly, consistently and fervently prioritizing the people of Oregon above all else — above party, above ideology, and above personal ambition. Following their actions, as well as those such as Norma Paulus (who served as Oregon's secretary of state) and Vera Katz (who, most notably, served as mayor of Portland), you can begin to trace out this vague, but essential idea of an Oregon Way.

Frohnmayer chose to put Oregonians first. A glance at his resume — Rhodes Scholar, Berkeley Law grad, Assistant to the U.S. Secretary of Health, Education, and Welfare — makes clear that Frohnmayer had options far more prestigious and lucrative than those within Oregon. Yet, he returned home and dedicated himself to serving his community and Oregonians on the whole. It’s true that he was a Republican, but, above all else, he was a statesman. He could have folded his cards and shunned public service after a difficult loss in the 1992 gubernatorial election. Instead, he doubled down on doing what he could to serve the whole of Oregon by diving into service at the UO.

Morse similarly opted for the harder path of doing what was best for Oregon, even when there was a much easier path that would have resulted in far greater personal acclaim and satisfaction. Rather than follow the party line, Morse charted an independent political path as one of Oregon’s senators. His willingness to be a maverick granted Morse the flexibility to advocate solely for what he thought was best for the state, rather appeasing some partisan cabal or special interest. Whether or not you agree with Morse’s votes and policy stances, you cannot question his motives. He made clear that he would sacrifice his own professional potential in order to follow what he viewed as the right path for Oregon.

Importantly, neither of these individuals formed the Oregon Way alone. Instead, they embodied a spirit that pervaded several generations of Oregonians that dared to shun personal and partisan ambition. What fueled Morse and Frohnmayer seemed to be floating in Oregon’s air in the 1950s, ‘60s, and ‘70s.

In those decades, leaders from both sides of the Cascades and all parts of the political spectrum came together to forge the policies that still make Oregon a special place to call home. They experimented and developed ideas like vote by mail. They compromised and agreed on a land use bill that continues to preserve Oregon’s outdoors and farmland. They deliberated and improved on ideas, reviving and passing the Bottle Bill a session after it had been thwarted by special interests. Of course, they also missed opportunities to make our state more inclusive. Faults aside, these officials shared a common motivation to focus first on getting stuff done.

And that’s where the Oregon Way emerges. Like the Twilight Zone, it’s seemingly imperceptible, but you know when you’re there. We were on the Oregon Way when statewide challenges were identified and shared solutions were implemented.

Today, we’ve been falling short on both of those aspects: for one, we struggle to identify statewide challenges because we fail to consider the perspective of “the other side” — be it the other side of the mountains, or the other side of the political divide; we also struggle to implement shared solutions — instead the costs of “big ideas” have often fallen on a few shoulders, or failed to spread the benefits out to all Oregonians in need.

We can revive the Oregon Way, but it’s going to take a shift in our culture. We have to start reading about and listening to “other” Oregonians. That’s why I started The Oregon Way, a blog with contributors from around Oregon and with all sorts of ideologies. It’s also why I’m an avid supporter of this publication. We have to pull ourselves away from the allure of following our political tribes. To achieve that difficult task, we ought to make it harder for partisan officials to control our elections and legislature by passing things like open primaries and ranked choice voting. Finally, we need to identify and celebrate the modern versions of Paulus, Katz, Frohnmayer and Morse — where those Oregonians emerge, we ought to follow. If we do, we’ll end up back on the Oregon Way.

Kevin Frazier is editor The Oregon Way blog and is a law student at the University of California, Berkeley.