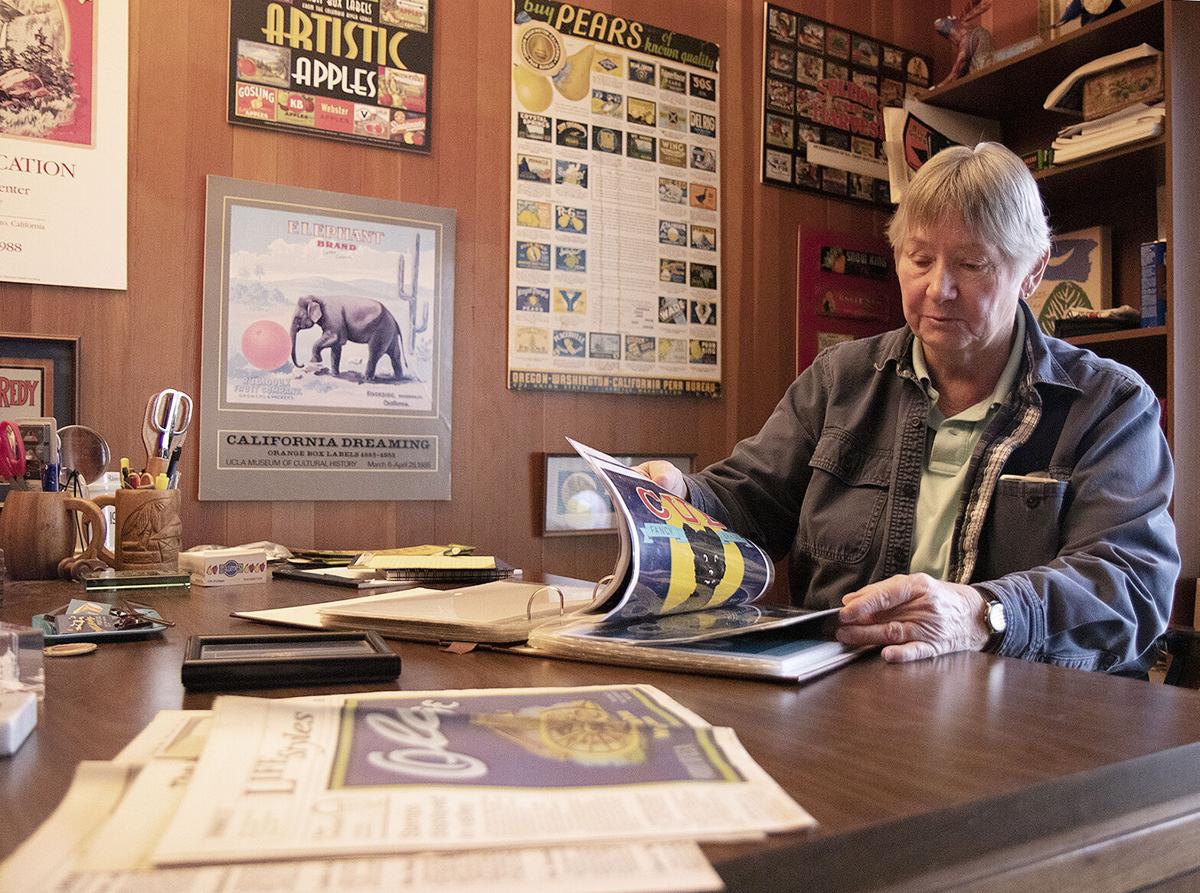 Sue Naumes flips through one of her binders of original fruit labels. Naumes has bookshelves filled with dozens of binders. 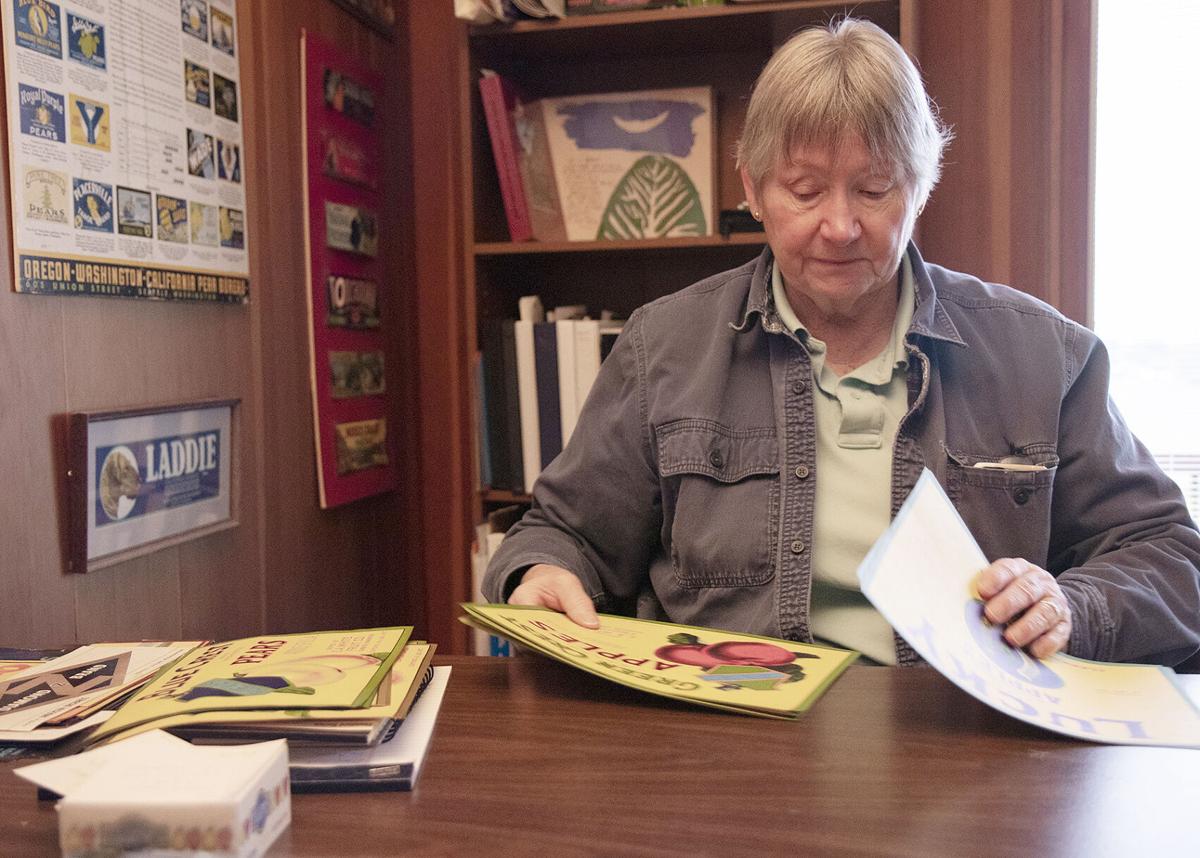 Sue Naumes looks through a stack of fruit labels in what she calls her "label room." 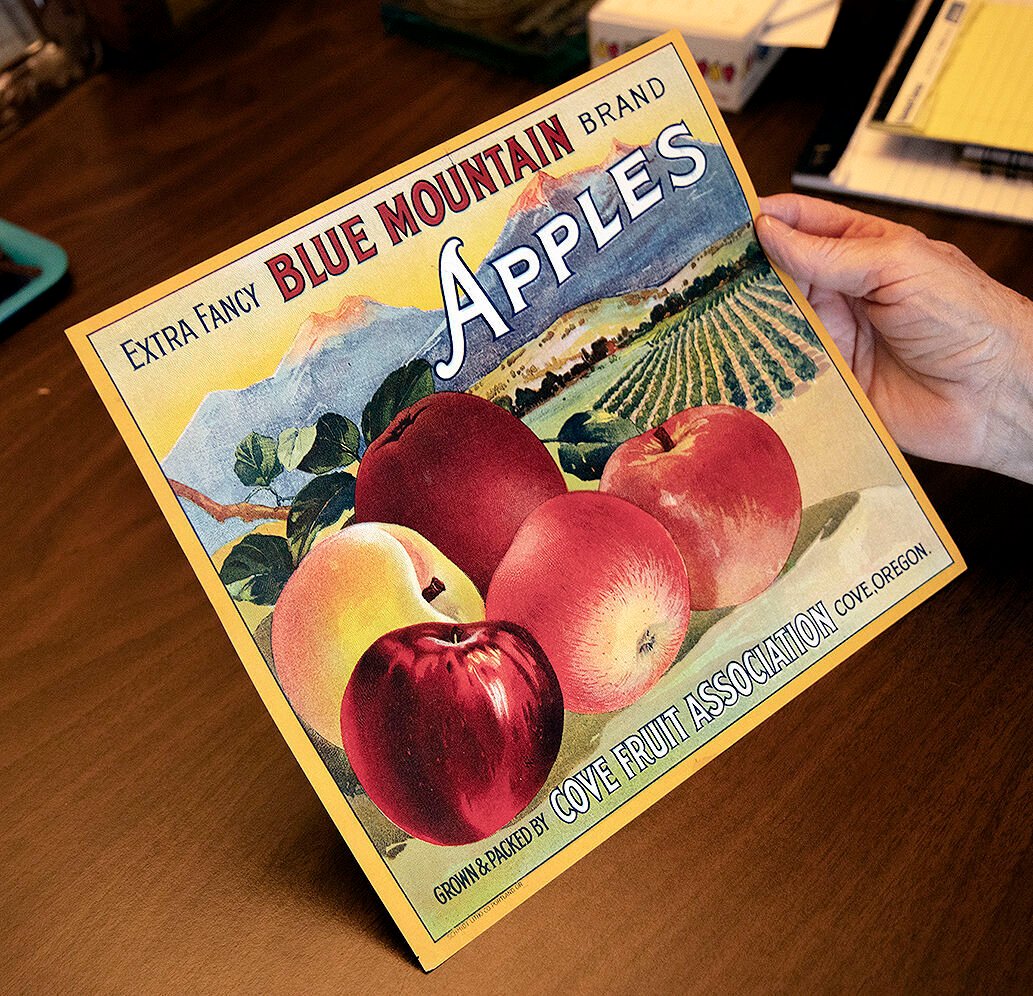 One of Naumes’ most treasured labels 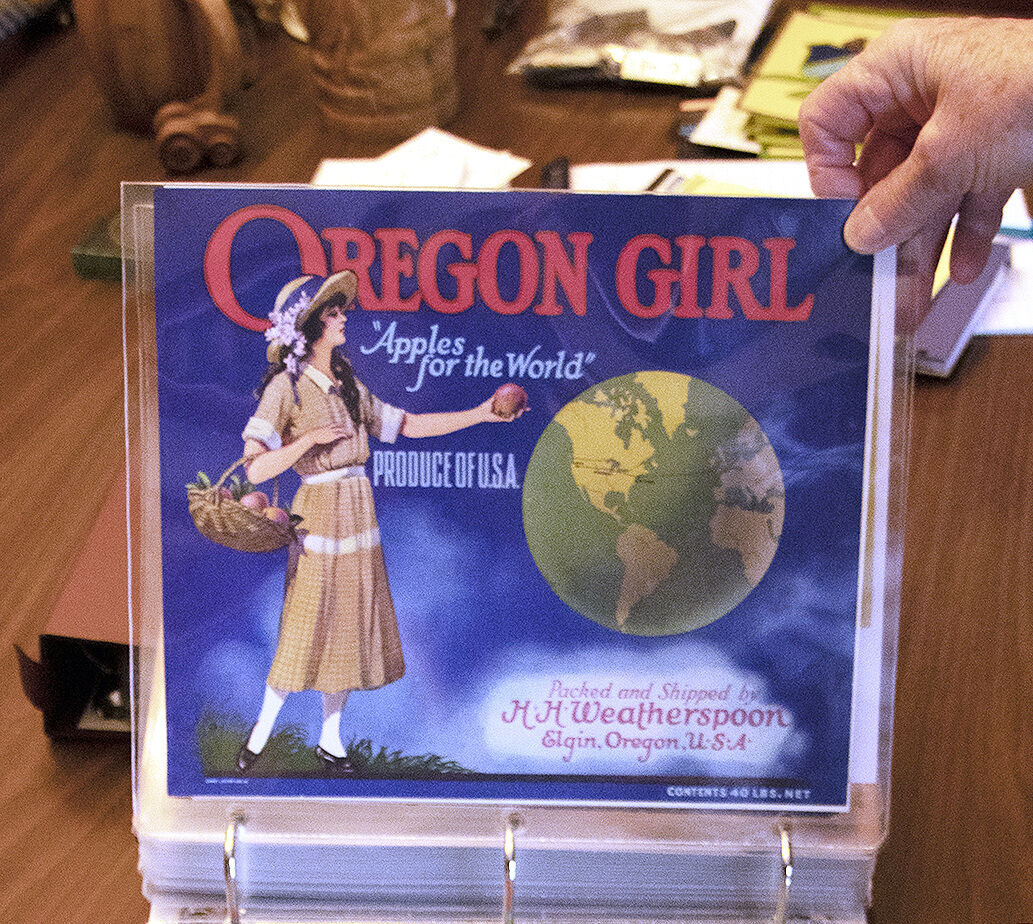 Naumes can recall by heart the stories, companies and people behind many of the labels in her collection. 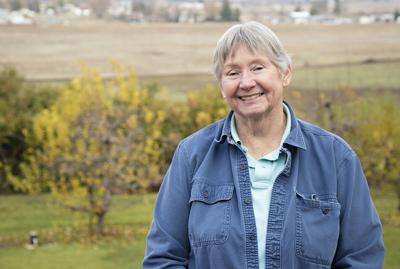 Inside a southern Oregon farmhouse, there are pears everywhere: a giant, pear-shaped ceiling light, pear-print wallpaper and a den dedicated to vintage pear labels.

This Medford home belongs to Sue Naumes, 72, a retired grower who helped manage one of the West’s largest pear companies, Naumes Inc., for decades. The company was co-founded by her father, Joe Naumes, in 1946.

“Sue’s been hugely involved in the ag community. She really only got out of the business because she had four hip replacements, and walking over dirt clods in orchards got too tough,” said Mike Naumes, Sue’s brother.

Sue Naumes represents something true of many farmers: Even when retirement begins, the love of agriculture doesn’t end.

Naumes’ lifelong love of farming is also evident in her hobby: collecting vintage fruit labels, some worth thousands of dollars.

Naumes recalls “grubbing around trees” starting at five years old, but she didn’t always plan to be a farmer.

She studied political science at Santa Clara University, completed law school at Willamette University and passed the bar. But the law didn’t have her heart.

“So I came back to the family business. It was something I always loved,” she said.

In her mid-20s, she jumped into management at Naumes Inc. The next few decades, Naumes managed crews of 400 to 500 people at a time in orchards, packinghouses and juice concentrate plants.

Her brother, Mike, said she was the first woman in many of those positions — including first female president of the Oregon State Horticultural Society.

She said she enjoyed problem-solving, working outside, the variety and the people.

Then her hip problems caught up with her, forcing her to retire in her late 50s.

But that didn’t squelch Naumes’ passion for farming.

Her den, filled with original fruit labels, is evidence of this.

Naumes recalls that when she was little, her dad took her to a packinghouse where machines painted labels directly onto fruit boxes. Decades later, she met a packinghouse manager who collected apple labels, further piquing her interest.

Naumes has now collected some 6,000 pear and apple labels. Her favorites, she says, are early 20th-century first edition designs. Many are stone lithographs.

Naumes trades labels with the 30-some other collectors in the West; she once traded around 100 labels in exchange for one.

“When I got some of those rare labels I’d been wanting a long time, I felt like: ‘I’ve arrived. I can say I’m a real collector,’” she said, smiling.

Naumes said she loves “the hunt” — driving thousands of miles, stopping at orchards, knocking on farmers’ doors and asking if she can root around in their barns for old labels. She said she has made friends with many growers.

Naumes recently donated her apple label collection to Santa Clara University, but she keeps her pear collection and uses the labels to educate the community about the history of farming.

Sierra Dawn McClain is a reporter for the Capital Press.