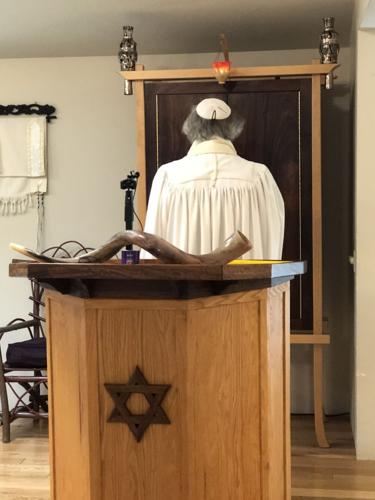 Congregation Shalom Bayit's Rabbi Yossi Feintuch leads High Holiday services. On the bema is a shofar — a musical horn typically made from a Ram's horn, which is used during the holidays of Rosh Hashanah and Yom Kippur. 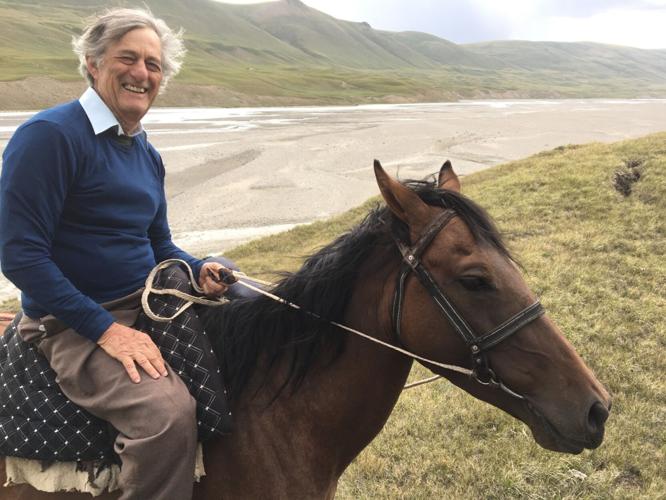 Rabbi Yossi Feintuch is a part-time rabbi at Congregation Shalom Bayit in Bend. Alice Shaprio, secretary at the Jewish Community of Central Oregon, said that with having three different Jewish sects in Bend, Rabbi Yossi works in a part-time capacity. 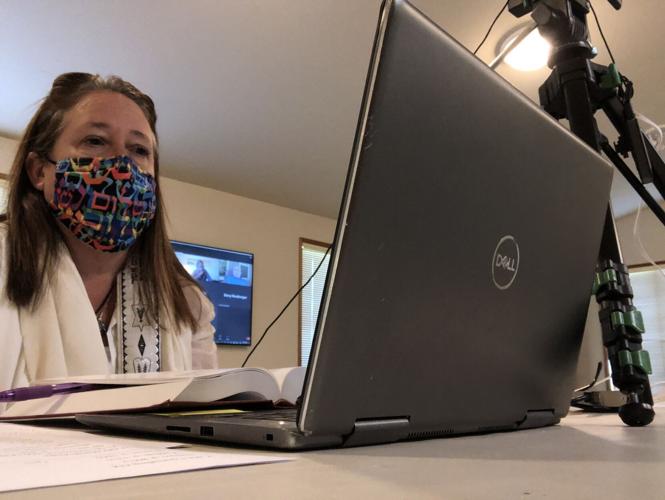 Congregation Shalom Bayit member and secretary at the Jewish Community of Central Oregon Alice Shapiro joins in on zoom services. Although the congregation is returning to in-person services, she said that hybrid models will stay.

When Alice Shapiro moved to Central Oregon in 1994 from the East Coast, she wanted a different take from urban Judaism. She didn’t expect the culture shock of showing up to her first service at Bend’s Jewish Community of Central Oregon in heels and pantyhose when everyone else was wearing Birkenstocks.

Although most of the Oregon Jewish community is located in urban centers such as Portland and Eugene, there are still pockets of thriving Jewish spaces throughout the state.

Rabbi Phil Bressler has been at Beit Am in Corvallis for four years, having moved from Boston where there are multiple congregations across the different Jewish sects — traditional Orthodox, Conservative and the liberal movements of Reform and Reconstruction. Beit Am, however, is unaffiliated.

“That’s an intentional choice they’ve made for a long time,” he said. “Even though it’s small, it’s Jewishly diverse.”

“It’s a pluralistic community,” he said. “You can view Judaism in a lot of different ways here and our approach is to validate that.”

Shapiro said with different religious perspectives in a small area, it’s a challenge to sustain multiple different Jewish communities. In Central Oregon, beyond the JCCO, there’s also a reform congregation and Chabad, which is part of the Orthodox movement, supporting 106 family member units.

“That kind of split, doing the math, we’re all rebuilding ourselves to a more sustainable number,” she said. “It’s hard to support a rabbi when you have a small congregation.”

Other challenges Bressler noted is a lack of resources, particularly money for programming. Also, there is less Jewish knowledge and fewer congregations to partner with. It also means there’s less competition.

“No one can tell you no. If you want to schedule an event, you don’t have to look at the community calendar to see what else is going on,” he said.

DeNatale and his wife converted to Judaism four years ago and said their congregation is small, mostly seniors, and scattered throughout the region from Florence to Bandon. Even their rabbi travels from Ashland.

“We’re just so spread out. When we have members with young children it’s a little difficult for them to make our Shabbat (Sabbath) meetings,” he said. “We can’t be together all the time but we do the best we can.”

Through the pandemic, the community aspect of Judaism has also been impacted with services moving to Zoom.

“They’ve been somewhat successful,” DeNatale said, “nowhere near the amount of people we did have, but we’re getting people used to it.”

Bressler and Shapiro said Zoom has also opened some doors, with people being able to join services without having to travel and more resources have become available online for rural congregations to take advantage of classes.

Another reality of being Jewish anywhere is the threat of antisemitism, but DeNatale and Bressler said they have been fortunate to experience zero to minimal prejudice. While Shapiro has experienced less antisemitism in Bend compared to other places, she has still had those encounters; however, majority of the community has been supportive and receptive.

“There’s become more awareness, however, we’re not in the forefront of everyone’s mind — which is a blessing and a curse,” she said. “We don’t receive as much attention and also don’t get as much consideration. There’s that double barrier there.”

Aliya Hall is a freelance writer from Portland.