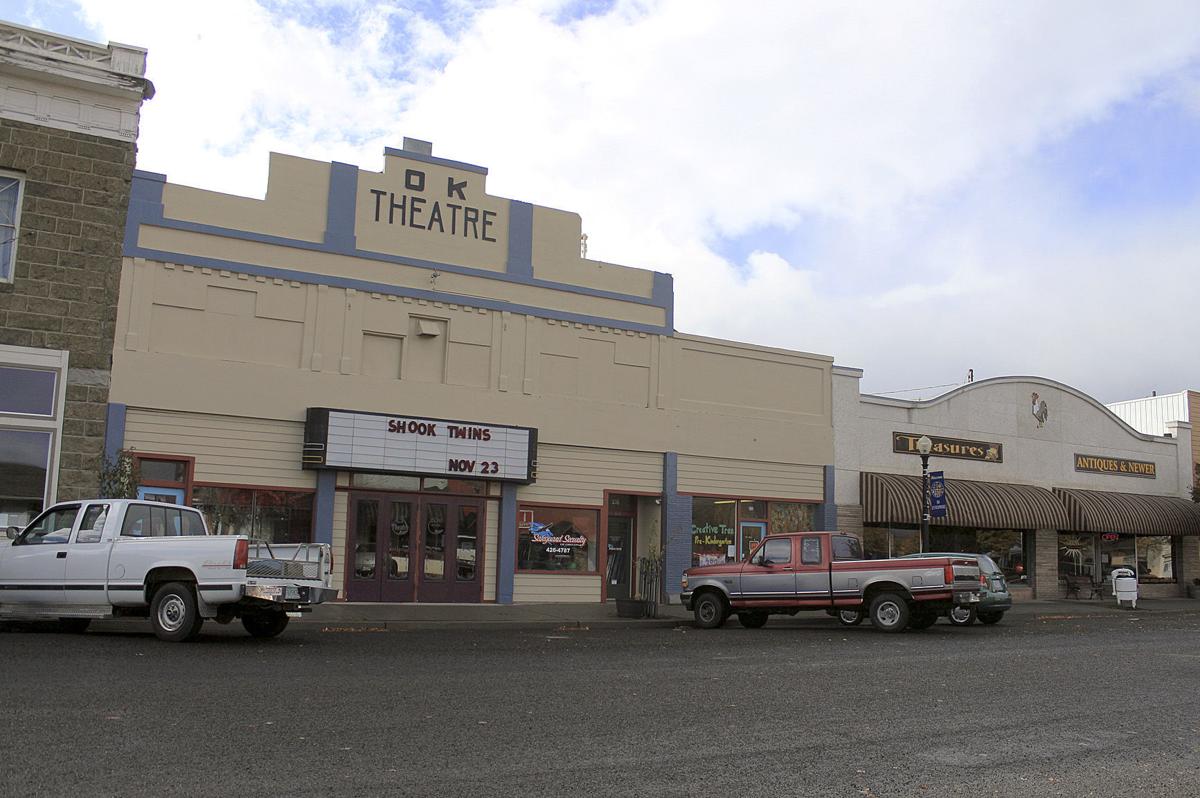 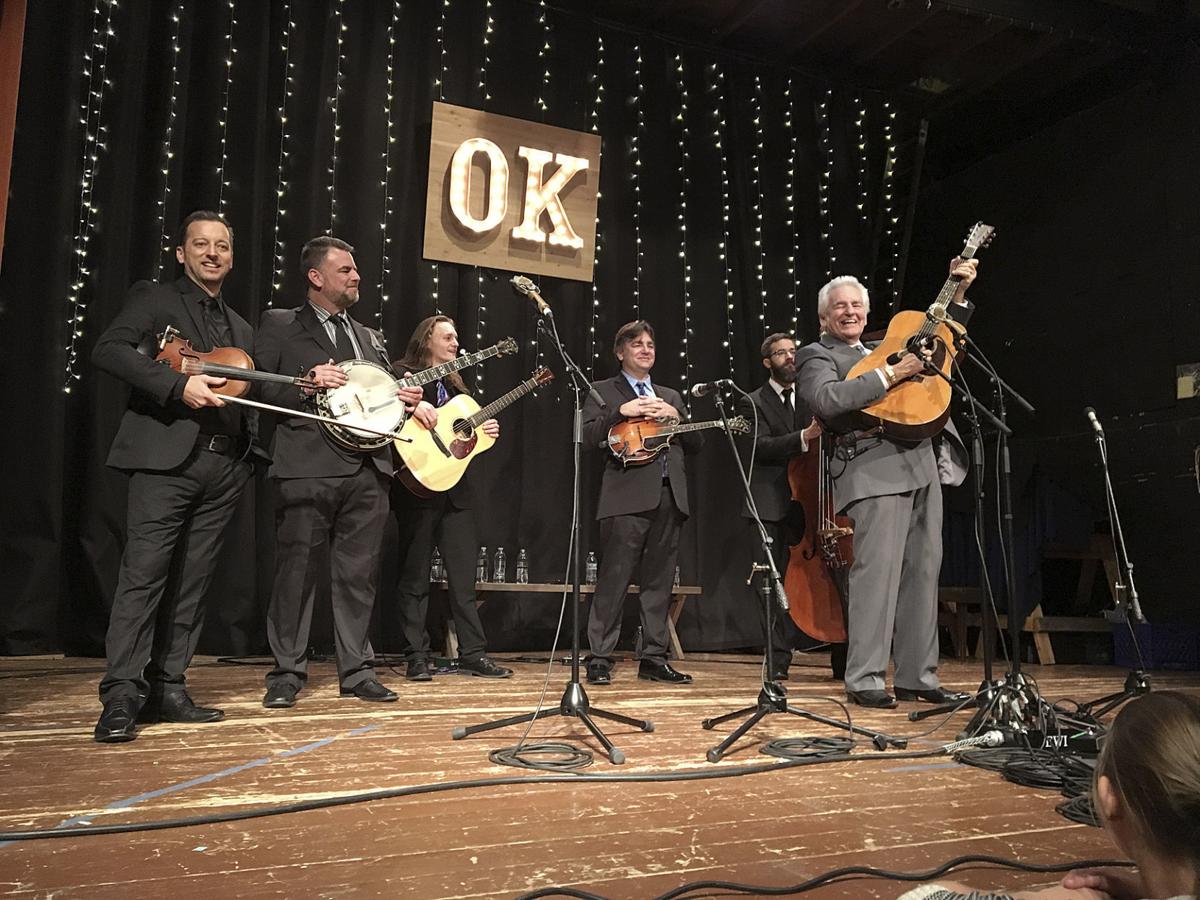 Headlining the event is rhythm and blues musician Jon Cleary. Born in England, Cleary lives in New Orleans where he’s infused the city’s culture into his music for more than 20 years. In 2016 his band, “The Absolute Monster Gentlemen,” won a Grammy for Best Regional Roots Music Album.

Grammy winner Dom Flemons, formerly of the “Carolina Chocolate Drops”, returns to Eastern Oregon with music from his latest album, “Black Cowboy” a tribute to the African-Americans of the frontier West.

From Portland “Ural Thomas and the Pain,” a rhythm and blues band, and the “Caleb Klauder Band,” with its alt country sound, are in the lineup as is Enterprise’s own “Bart Budwig Band” whose sound ranges from folk to funk, rock to country.

Owner Darrell Brann said he wants to celebrate the theater’s 100th birthday with a bang and hopes to get a couple thousand people to show up for the two-day event.

“The theater has long been the heart of Enterprise’s downtown and we want to celebrate its birthday with fantastic music and a really fun weekend for locals and visitors alike,” Brann said.

After successfully hosting the Infamous Stringdusters at the OK in 2011 and 2012, Brann and his wife Christy bought the movie theater in late 2013 and began featuring premier acts like Del McCoury and Mark O’Connor as well as up and coming bands from the Northwest — Shook Twins, Fruition and Joseph.

Following a long-running tradition by previous theater owners, the Branns have hosted community fundraisers, school and church music events and theatrical performances. Budwig, a sound engineer as well as musician, singer and songwriter, has recorded several albums on the OK Theatre stage and recently started the “OK Records” label.

While the theater’s use has been transformed over the past few years so has its structure with the assistance of a $100,000 grant from the Oregon State Historic Preservation Office and local donations. The stage has been completely rebuilt, complete with a new proscenium and opera boxes. New furnaces were installed and two ADA-accessible bathrooms were added to the theater’s main floor.

Brann said the grant helped pay for demolition work done by local contractors, the Sinclair Brothers, but support from the community has been crucial to completing the renovation in time for the July celebration.

“The outpouring of support from Wallowa County has been incredible,” Brann said. “Not only have we received money to rehabilitate the building and assistance with grant writing, but more than 100,000 pounds of debris has been removed from the theater by volunteers.”

Diane Daggett, a long-time supporter of the arts in Wallowa County, wrote the grant funding much of the renovation.

“Hats off to the Brann family and the Enterprise Merchants,” Daggett said. “Their foresight in reviving the theater as well as all the investment of passion, time and energy will benefit our local economy, community and culture.”

Vicky Searles, executive director of the Wallowa County Chamber of Commerce, is helping with the preparations for the Centennial. She said she is excited to see the theater restored to its former grandeur.

“When the theater opened in January 1919 one of Wallowa County’s pioneers, J.A. Burleigh, said, ‘Nothing more superior exists in all of Eastern Oregon and its only possible rival was a theater in Baker.’ It looks like Darrell Brann of the OK Theater has the same aspiration,” Searles said.

The Centennial celebration begins July 12 with dinner at a community table stretching down Main Street followed by a melodrama performed by Lisa Closners’s Merry Heart Theatre with a cast of local performers on the theater’s main stage.

Saturday, July 13, starting at 10 a.m., donuts from Vali’s Alpine Restaurant of Wallowa Lake will be for sale while film curator Dennis Nyback shows classic cartoons and vintage movies on the theater’s new screen.

At noon the music starts on an outdoor stage at the corner of Main and Second streets and continues until 10 p.m. Food vendors will line the street and beer and wine will be served in Enterprise’s Warde Park.