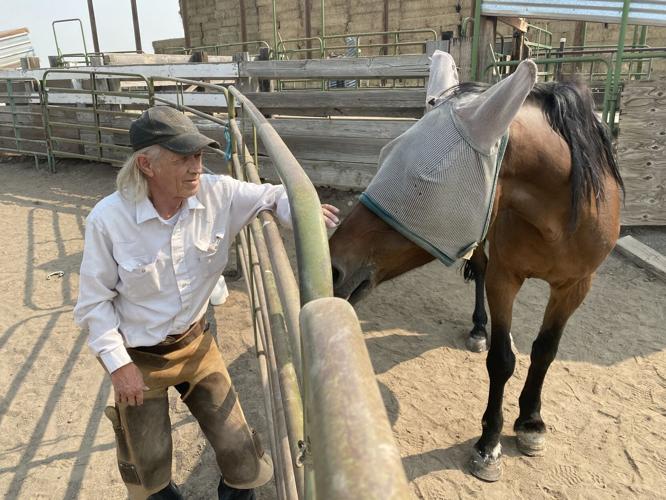 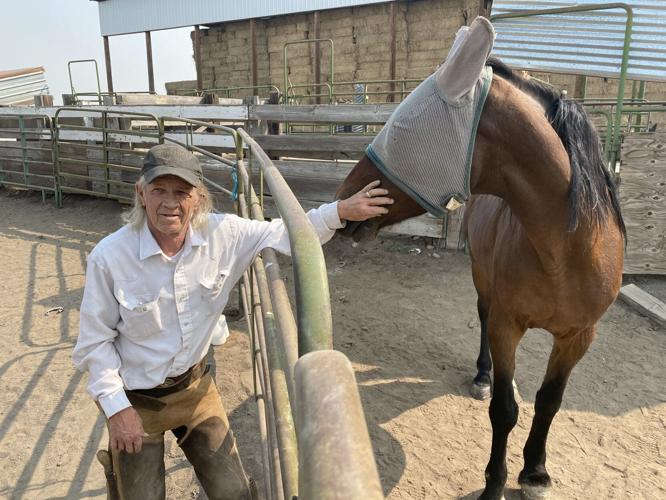 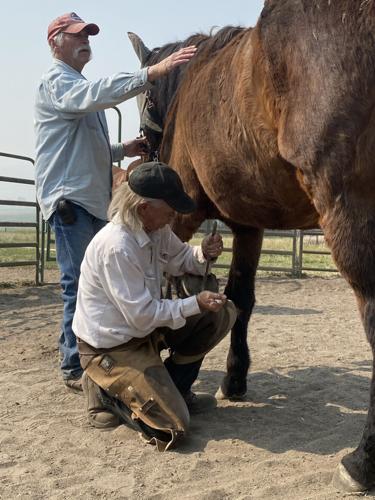 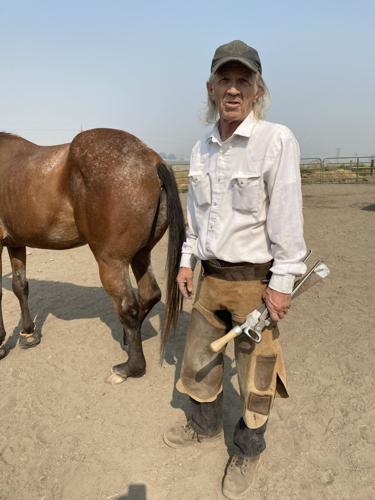 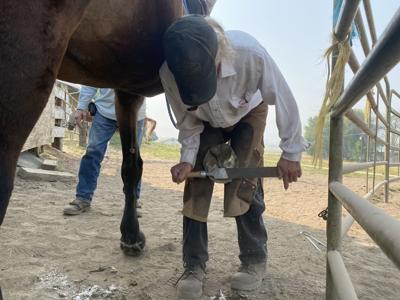 MIDLAND — As a younger man, Bonanza farrier Ed Gailey initially intended to be a veterinarian. But life had other plans and he guesses it turned out for the best.

From working in Hollywood, then as a plumber and a truck driver, he has dabbled with a lot of careers. But he maintains that being a farrier has served him best. And if the shoe fits, he’s worn it comfortably for more than 50 years.

He found a love and understanding for animals through the trade of shoeing horses, which happens to run in his blood, as he is an eighth-generation farrier.

“There’s been a Gailey doing it for quite a few years,” Gailey said.

Farriers have been around since Ancient Rome when individuals started traveling longer distances on horses, and the need for them will continue long into the future, according to Jason Smith, president of the Oregon Associations of Farriers.

“Basically, the farrier’s job is to trim and/or put shoes on the horses feet,” Smith said.

“I think the basic trade has stayed the same, technology has taken it quite a long ways,” he said.

“At the end of the day, your basic set of shoes is still going to be four steel shoes, nailed on a horse’s foot, which hasn’t changed for a couple hundred years.”

Gailey trims and shoes a lot of mules, donkeys, and horses, ranging from miniatures to those standing 17 hands high.

Gailey, who stands 5-feet-seven, says that if he is kicked, it can often be by an animal that has been abused at some point or hasn’t developed trust. Either way, Gailey has learned that getting kicked by the animal can be part of the gig.

“Once a month, whether I need it or not,” but he takes it in stride.

Gailey likes to watch and observe animals and their personalities.

“Every horse has a different size foot,” Gailey said.

He talks to them as if they were his own, which helps to soothe their nerves.

While he’s become used to a kick or three, he often is able to talk the animal down by gently talking to it in a soothing voice.

Born and raised in Oklahoma, Gailey and his wife moved from California to Bonanza, in Klamath County, in 1994.

He served as farrier on a number of films, and also appeared on camera as an extra a few times. In the movie “Back to the Future Part III,” Gaily was among the Indians on horseback who chased Marty McFly’s silver DeLorean through the 1885 desert.

After a half-century career in the farrier business, Gailey said he may be slowing down. But, he’s going to keep on shoeing. He enjoys it too much to hang it up.

“You’ve got to love what you do or it’s just not worth the time,” Gailey said.

Plus, his 95-year-old uncle, who lives in Oklahoma, still shoes up to five horses a day so Gailey, in his late 60s, won’t be stopping anytime soon.

“I figured, as long as I can do it, I’ll keep going until I can’t no more,” Gailey said.