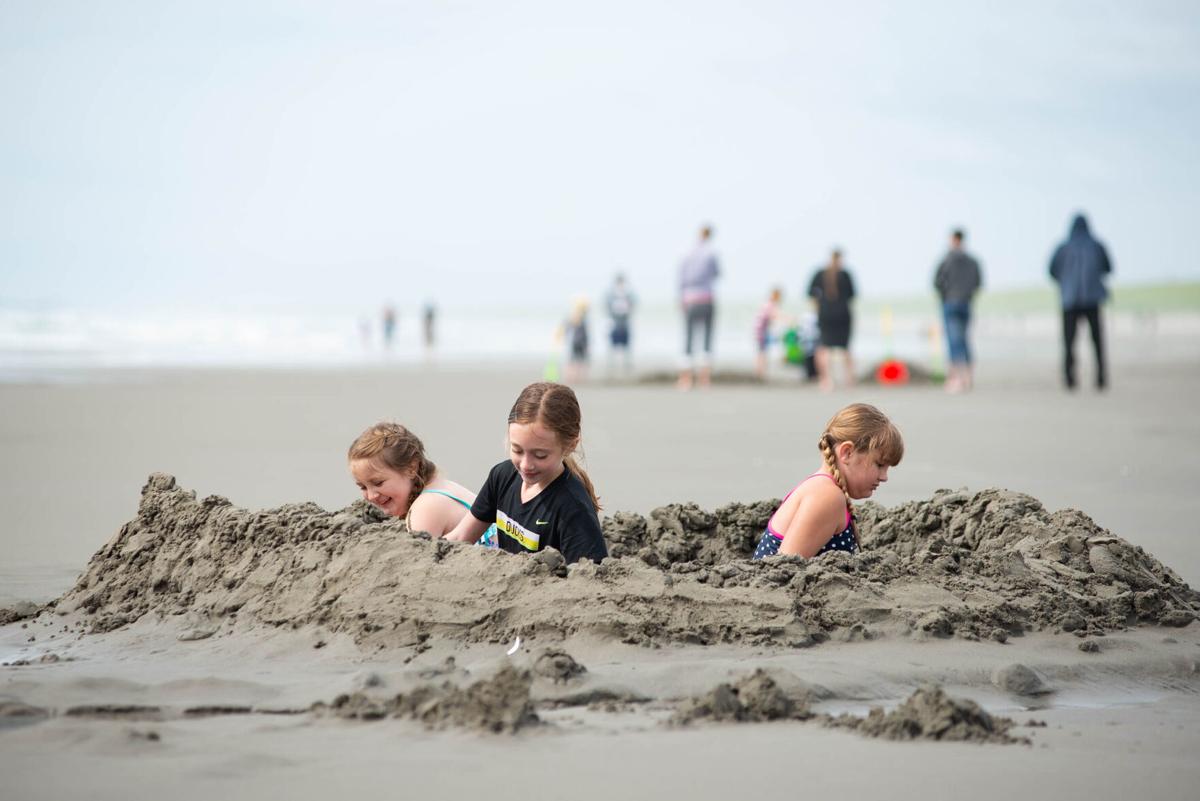 From left, Skyla Stone, Malia Laranger and Jenna West dig a giant hole in the sand at Sunset Beach on Saturday afternoon. Dozens of people headed out to the beaches to enjoy the warmer weather during Memorial DAy Weekend. 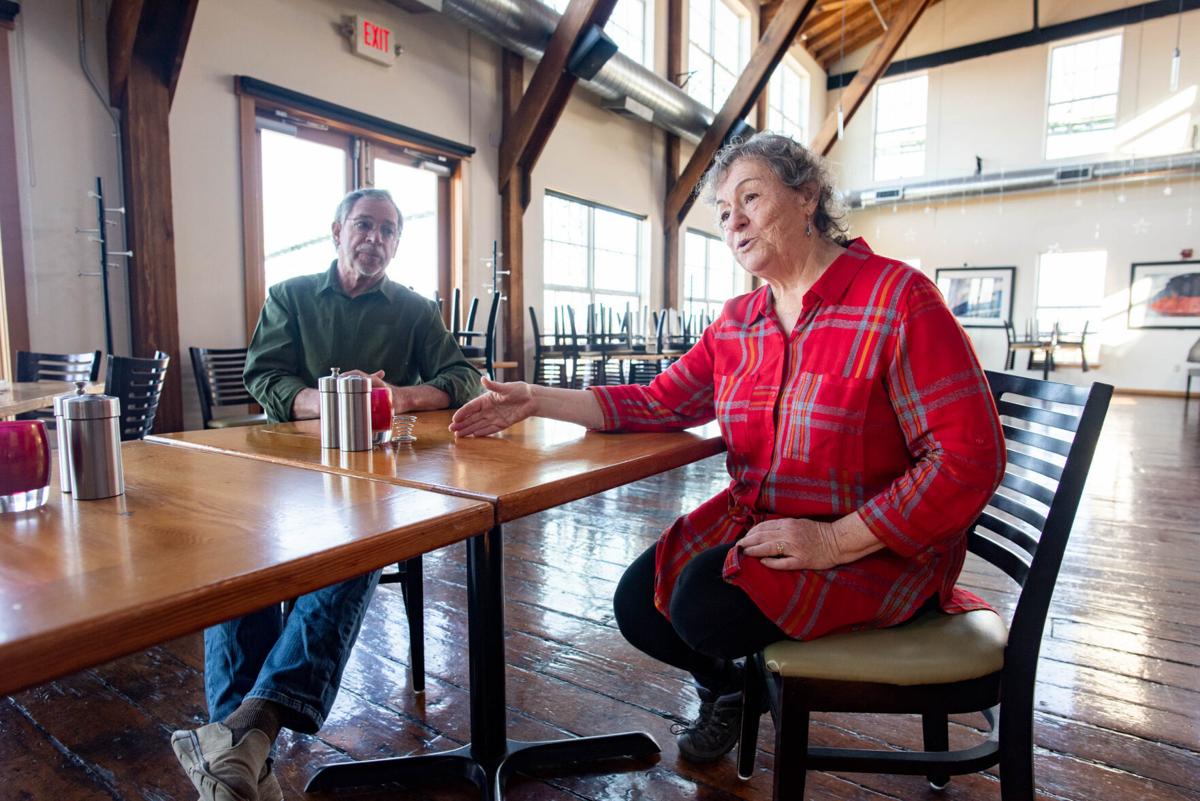 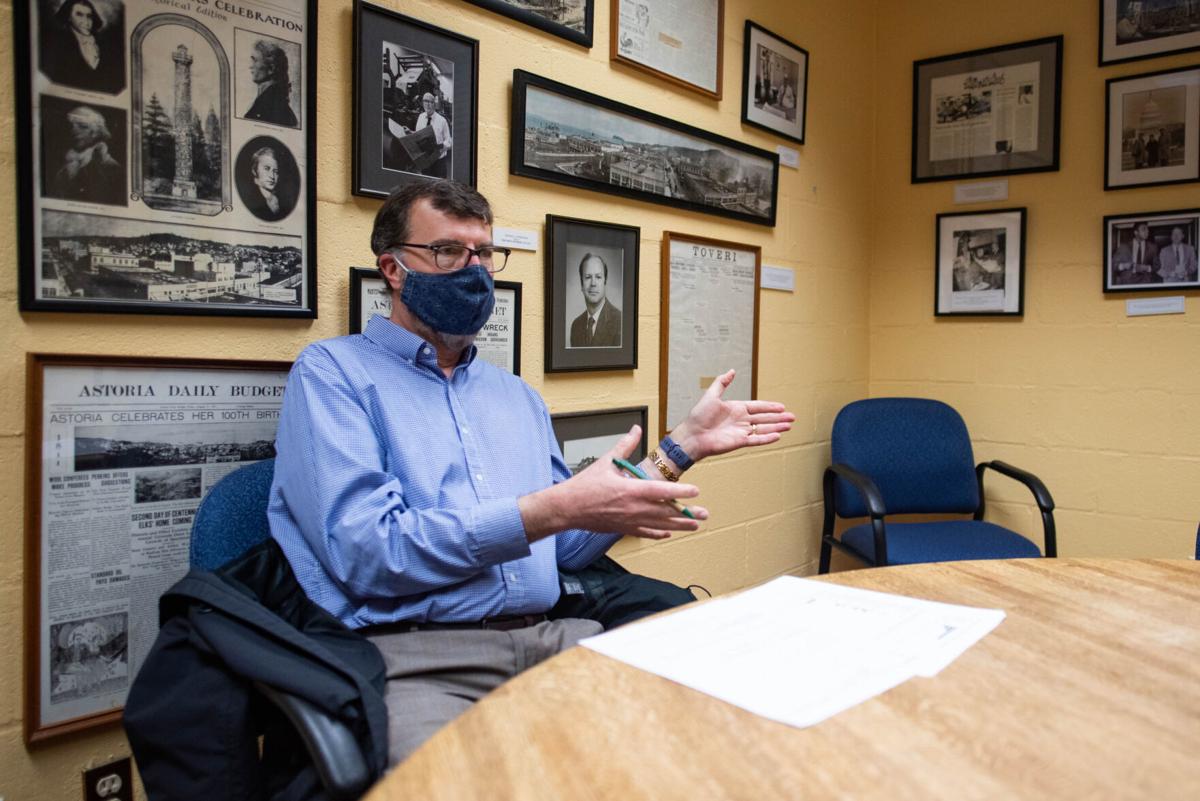 David Reid is the executive director of the Astoria-Warrenton Area Chamber of Commerce. 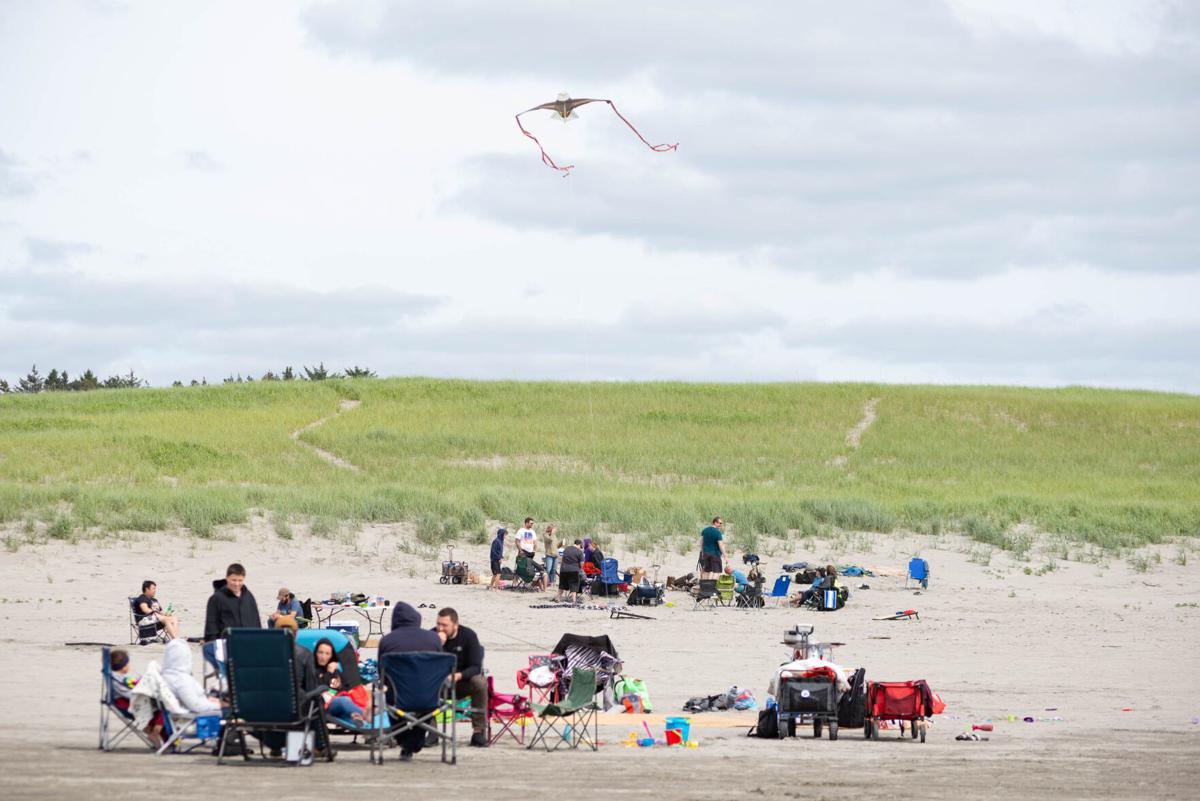 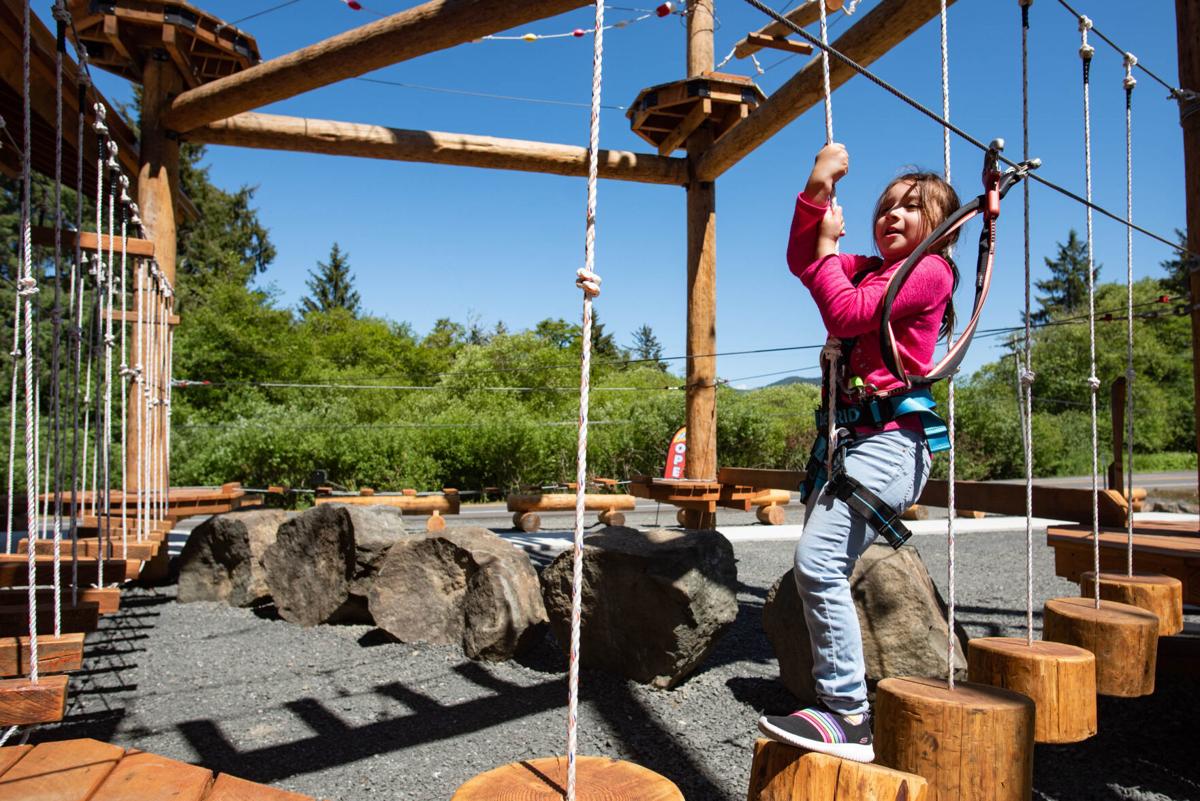 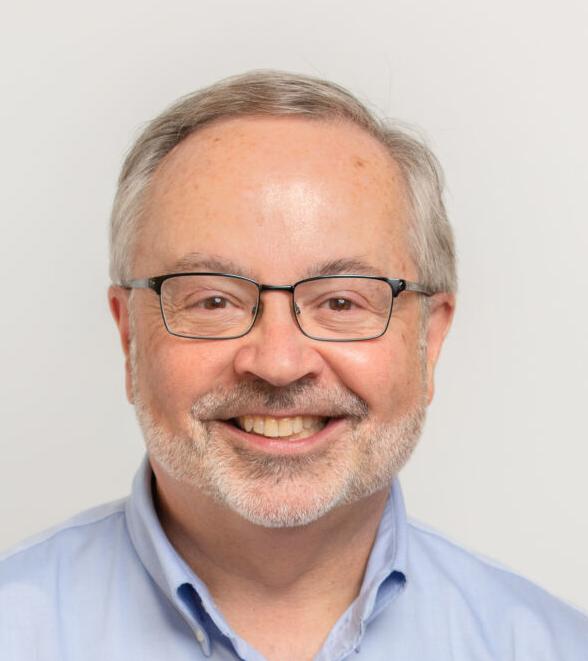 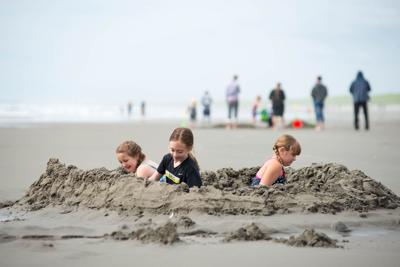 From left, Skyla Stone, Malia Laranger and Jenna West dig a giant hole in the sand at Sunset Beach on Saturday afternoon. Dozens of people headed out to the beaches to enjoy the warmer weather during Memorial DAy Weekend.

David Reid is the executive director of the Astoria-Warrenton Area Chamber of Commerce.

Tourist spending on Oregon's North Coast tends to be slower during the winter and pick up the pace in March. But this year, March came with cases of COVID-19, followed by statewide restrictions to hinder the spread of the disease. Local restaurants, hotels, shops, attractions and more had to close or dramatically change the way they do business.

Joshua Heineman, director of tourism marketing for the City of Seaside, said the revenue reductions caused by those changes are going to hit just about every aspect of the local economy.

“The coast we all know and love is struggling to survive right now,” Heineman said. “Not everyone’s going to make it through to the other side of it.”

However, the coast is an attraction in itself, and beach lovers from all over will eventually find their way back. Some have already started to as businesses reopen in altered forms.

“We have a lot of natural beauty out here to make it a destination and there will be a way to rebuild,” Heineman said. “But it’s just a bumpy road in the meantime.”

Nan Devlin, executive director of Visit Tillamook Coast, said so far coastal communities have managed to keep infection rates relatively low, but that will be much harder to control when more people come to visit.

“It’s going to be a really fine line between needing and wanting our visitors to come back and still trying to maintain public safety,” Devlin said. “There’s going to be a new abnormal this year and after COVID there will be a new normal.”

Devlin said she worries about small businesses that have to operate with a portion of their usual revenue but with the same overhead costs.

“It’s going to be tough and will take some creative thinking,” Devlin said.

Tony Kischner, co-owner of Bridgewater Bistro, said he made a lot of changes in order to reopen his restaurant in mid-May.

Now, masked customers are greeted with a sanitization station outside the restaurant, social distancing decals on the floor of the entrance and bare, freshly sanitized tables spaced 6 feet apart from chair back to chair back. Diners with reservations wait in their cars until their tables are ready. They enter through one door and leave through another, and only one family group is allowed to use a restroom at one time.

Kischner said each day seems to come with another adjustment, and it’s almost like opening a new restaurant.

“We’ve had Bridgewater Bistro for 13 years now and I've been running restaurants for almost 40 years generally,” he said. “But it’s all new.”

Kischner took out 12 dining tables and is limiting parties to 10 people or fewer. All staff members wear masks, have their temperatures checked and handle dishes with napkins over their sanitized hands. They write down the names of everyone who comes inside the restaurant in case contact tracing becomes necessary.

“And there’s all kinds of individual procedures in the back of the house, which are time consuming and complicated and expensive,” Kischner said. “I hope we’ll have the vaccine sooner than later, but I’m not expecting it anytime soon so these are conditions we’ll have for a while.”

Kischner said he doesn’t know what it will look like long term, but he hopes to be able to keep paying the bills and employing the staff members.

“We’d like to have people come back to our restaurant and others in the area so we can all survive this,” Kischner said.

The new park was originally scheduled for a grand opening on March 21, just in time for Gov. Kate Brown’s order for all non-essential businesses to close. Both parks reopened almost two months later with limited hours and capacities.

Customers must make reservations, as the amount of people coming into each park is restricted, and the buildings and equipment are cleaned and disinfected after every use. Staff members follow a set of guidelines, such as wearing protective gear, practicing good hygiene and minimizing the use of shared equipment.

Jana Dean, general manager of the parks, said she hopes to see business get back to somewhat normal, but these are uncertain times.

“We strongly believe that our community needs to come together when faced with adversity,” Dean said. “We have received so much love and support from our locals that we wanted to give back during this trying time.”

“We would like to add some light and fun to this time of uncertainty,” Dean said.

Kevin Leahy, executive director of Clatsop Economic Development Resources, has been working with businesses to help them adjust. He said social distancing will need to continue to be enforced as tourists come back.

“It’s important we welcome our tourists,” he said. “If we didn’t have tourism we wouldn't have so many amenities and restaurants.”

According to an Oregon Travel Impacts report released in April for the Oregon Tourism Commission, non-transportation visitor spending on the North Coast reached $769 million in 2019.

The numbers for 2020 will of course look different while businesses have to perform at a lower capacity until a vaccine is widely available.

Once that happens, there will be a lot of pent-up demand for visiting coastal businesses, according to David Reid, executive director of the Astoria/Warrenton Chamber of Commerce. Even if that happens during the winter, he said visitors will flock to the area, and maybe even develop a lasting habit of visiting during the winter season.

“We will develop a more year-round market and we’ll have the opportunity to educate and get cooperation from our visitors,” Reid said, adding he hopes tourists will be more accepting of the expectations locals have of them. “Right now it's about social distancing and being creative and wearing a mask.”

Reid said if a major outbreak comes from reopening, a second shutdown would be catastrophic for some businesses. But, he said, the good thing is that small business owners are agile.

“Their whole job is having problems thrown at them and having to solve them and this might be one of the biggest problems they’ll see in their lifetime but it's still just a problem,” Reid said.

“I grew up here and I think this is the most beautiful place on Earth,” Leahy said. “We’ll get through this and be stronger than ever.”