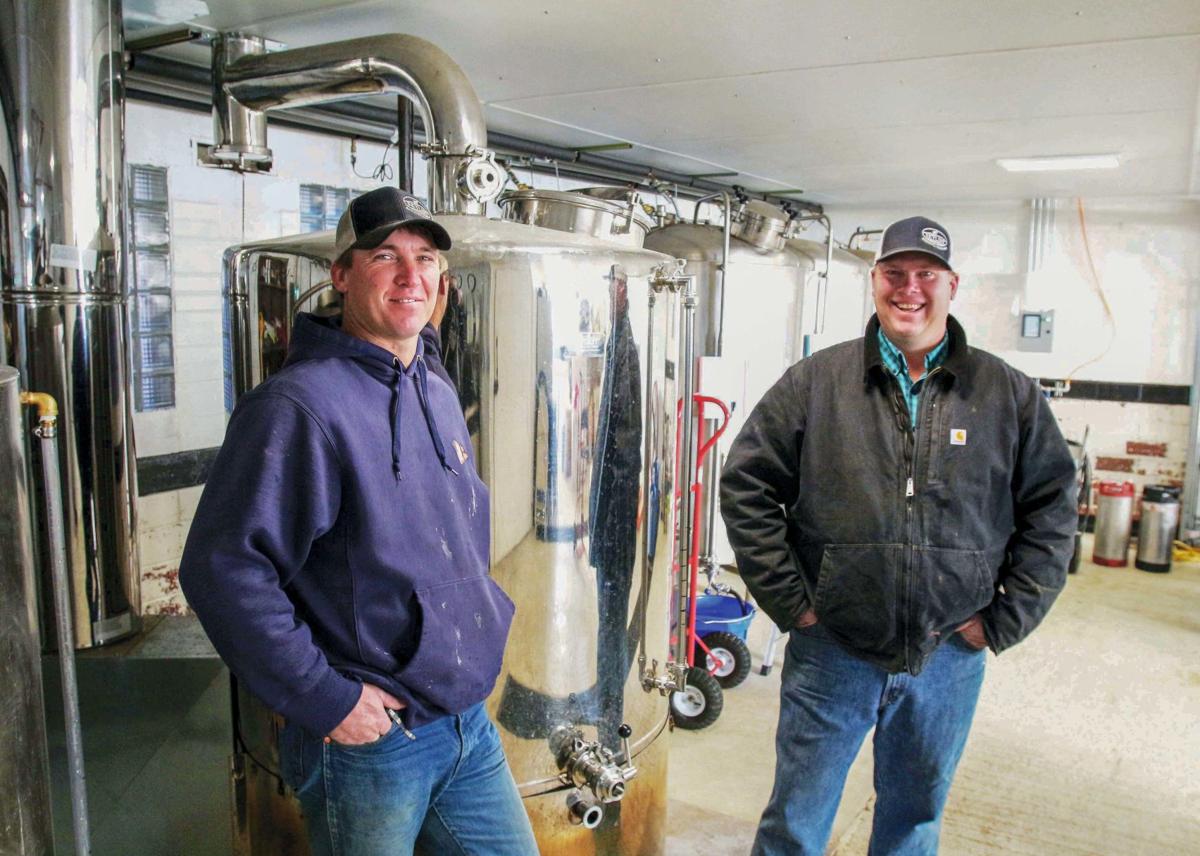 Ry Kliewer, left, and Ty Kliewer, right, converted a near 100-year-old milk parlor on Ty’s farm into a brewing building earlier this year to create Skyline Brewing. The brothers, just 16 months apart, joined forces to craft their own brewing company and more plans are in the works. 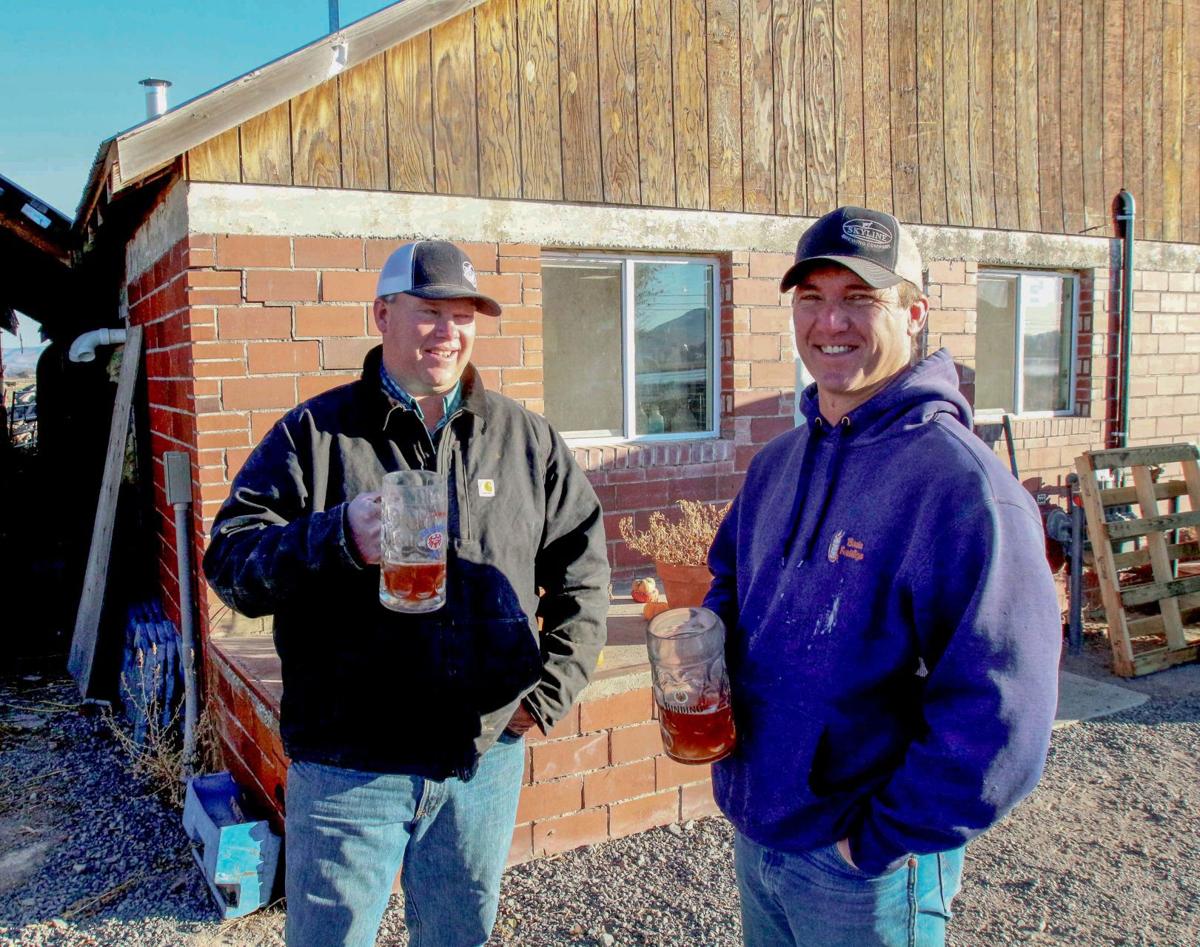 Ty Kliewer, left, and Ry Kliewer, right, stand outside their milk parlor turned brewing building in early November at Ty’s Midland farm. The brothers, just 16 months apart, joined forces to craft their own brewing company and more plans are in the works. 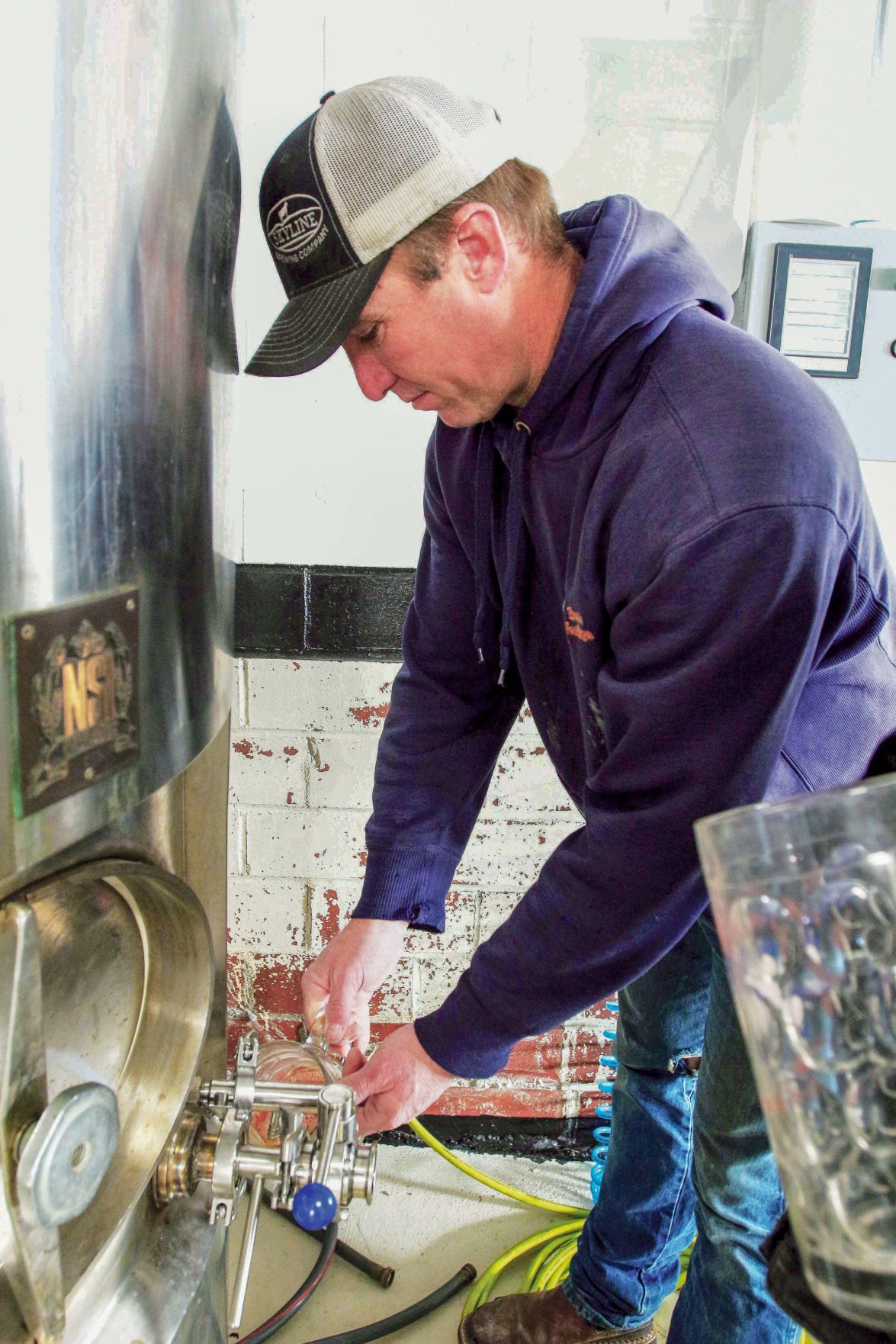 Ry Kliewer, left, and Ty Kliewer, right, converted a near 100-year-old milk parlor on Ty’s farm into a brewing building earlier this year to create Skyline Brewing. The brothers, just 16 months apart, joined forces to craft their own brewing company and more plans are in the works.

Ty Kliewer, left, and Ry Kliewer, right, stand outside their milk parlor turned brewing building in early November at Ty’s Midland farm. The brothers, just 16 months apart, joined forces to craft their own brewing company and more plans are in the works.

Despite challenges they face in 21st century farming, the Kliewer brothers — Ty and Ry — look at the future of their farming operations through a glass half-full.

In Midland, several miles outside of Klamath Falls, tucked away in an old milk parlor near a cow pasture, the brothers are brewing something new beneath the southern Oregon skyline.

Ty, 40, and Ry, 39, grew up east of the Cascades in Klamath Falls and each took to farming and the life it provides. But this year, they’ve also incorporated their passion and creativity into a new part of the farm – Skyline Brewing Company.

“The ultimate goal of farming is to constantly get better every year, and do new things every year to get a better result than the year before,” Ty said.

As water for watering crops becomes more scarce in the Klamath Basin, the brewery provides a way to diversify their income stream. They have also been able to grow some of their ingredients and feed the byproducts to their cows.

“One of the long-term goals for sure, we need a revenue source to pay the mortgages that doesn’t depend on irrigation water,” Ty said.

Ty and Ry converted a 100-year-old milk parlor into a brewing room, complete with fermenters, a walk-in freezer, and even a keg-washing station Ry manufactured himself. They took on the help of Derek Pallet, a local entrepreneur, who also helped build their equipment.

Ry grew some barley during the summer that he harvested in the fall that will go into some of the brothers’ recipes.

Ty uses the spent grain to feed his cows, which they eat like it’s dessert.

“It’s a functioning piece of the farm,” Ty said during a walk-through of the brewery in early November.

“The heifers – they ate spent grain all summer instead of the really expensive (feed) and the bull calves we’re going to sell next spring have been exposed to the spent grain lately. So it’s a nice functioning piece to everything.”

The brewing operation also provides a creative outlet for the duo, who both excel in areas that complement one another.

Ry is mechanical and refurbished used brewing equipment he found online. He also created a keg-washing station, which he may consider making more of in the future.

Ty handles the public relations of the business and is also keen on thinking up recipes for the beers.

The brewing operation, for Ty, also provides some yin to the farm life’s yang.

It can take up to three years to see if a calf reaches the potential one hopes for, according to Ty.

“Even if everything goes right, it’s going to be three years before you have progeny out of that idea,” Ty said.

Not so with with the process of brewing craft beer, which allows Ty the ability to set the stage while leaving room to experiment.

“Unlike out there where you’re at the mercy of nature, in here you can literally control every variable,” Ty said. “In here, we can manage nature instead of get steamrolled by it.”

The brothers brew five different beers. From a less than full-bodied but coffee-centric raspberry Porter to an India Pale Ale that’s approachable for not-your-usual-IPA drinkers, the brothers brew something for a variety of palates while sticking to the basics.

“Maybe sometimes limiting how many different products you have can actually help your business rather than hinder,” Ry said. “We’re only what, four or five months into this now, so we’ve still got a lot of stuff to figure out.”

Ty relishes the chance to debut their beers at local restaurants in Klamath Falls especially. Their beers, sold by the keg, are now available at about 15 locations in the Klamath Basin, including at Running Y Ranch Resort.

Some day they might begin putting their beer into bottles or cans for retail distribution. But for now, their current brewery business fits with everything else happening on the farm.

“Creatures who can adapt survive and the world going forward is not going to look like it did 30 years ago. But there are ways that you can adapt to it and have a pretty bright future despite the challenges.”

Ty believes it will get better from here. As a farmer in the Klamath Basin, optimism is nearly required.

“Anything you do in life that’s really worth doing is going to involve a significant amount of pain and effort to get there unfortunately,” he said.