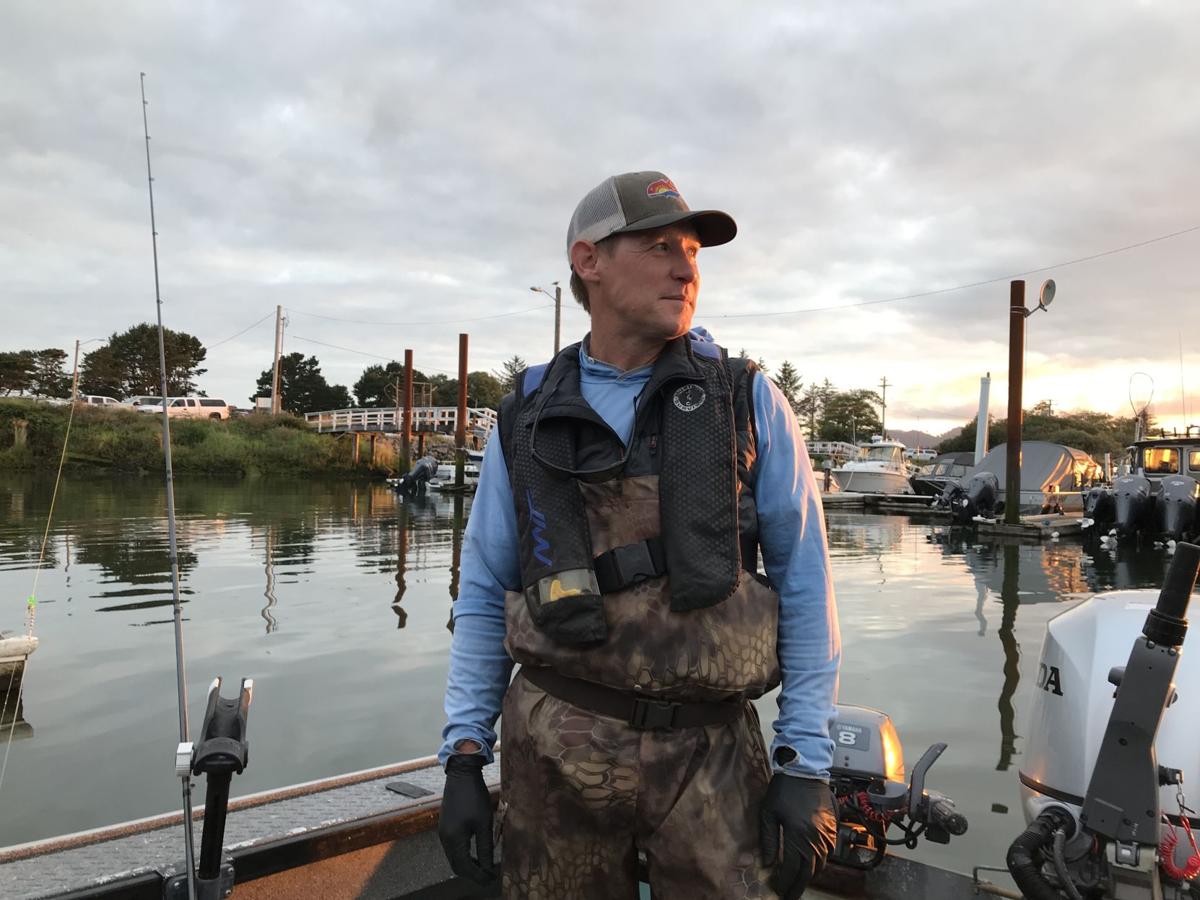 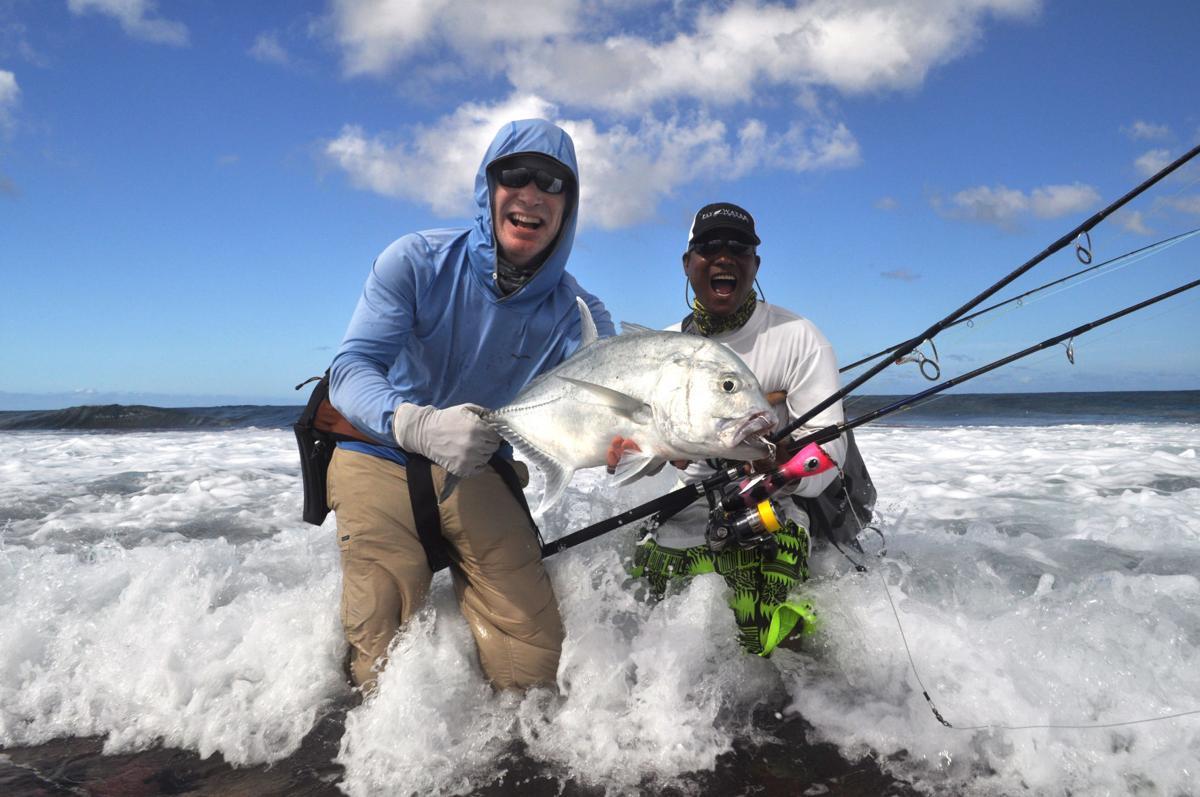 Drake Radditz has driven cars, boats and trailers across city limits too many times. He’s no longer sure which side of the rural divide he’s on.

Radditz, 38, was born and raised in Portland. But growing up, his family spent most weekends elsewhere in the rural Northwest — fishing, hunting and reveling in the natural world. Those were the places Radditz felt most at home.

“Even as a kid, it was like ‘Get me out of the city!’ I always wanted to be out on a river somewhere or out in a duck blind,” he said.

Radditz chose a career that allowed him to live and work in the rural outdoors. As a teenager, he started running rafts and leading trips for other outfitters. He learned to navigate difficult rivers, catch wily fish and harvest wily game. He also learned the business side of the guiding industry: how to make clients feel comfortable and entice them to return.

After a decade of rowing other people’s boats, Radditz decided to strike out on his own. He was 27, living on and fishing Oregon’s North Coast. He secured his Oregon guiding license, bought his own equipment and became sole proprietor of his own outfitting company. As a native Portlander trying to make a living on rural waterways, Radditz encountered local resistance — some of which has yet to fade.

In his 10 years as a guide, he has had vehicles vandalized and trailer tires deflated. Some locals in the industry — while they might now share a beer with him — remain tight-lipped about fishing information or other advice.

“They think that (the river) is theirs and I’m an outsider trying to take that away from them,” he said. He sees that philosophy in some rural areas, even outside the guiding community.

But from his perspective, Radditz sees the guiding industry as something that can break city dwellers out of their urban shells and show them the beauty and bounty of the natural world. Rather than being an extractive industry, he views it as a gateway that connects urban wallets to rural charms.

“We’re taking people who wouldn’t normally come to a rural place to spend money,” he said. “Sure, as a guide, we’re making money off of that. But it’s also being spread into the communities.”

Radditz’s clients stay in small hotels, eat meals in nearby restaurants and buy gas and souvenirs on their way in and out of town. Some rural communities — such as Maupin, Oregon and Salmon, Idaho — have embraced economic benefits that the guiding industry brings.

It’s a unique industry that requires its adherents to adopt a unique lifestyle. What sets Radditz apart from his counterparts is his varied schedule. Unlike most guides, he doesn’t concentrate on a specific species, season or region. Like the way he grew up, Radditz heads to the rural locale that is at its best that month.

From mid-winter until April, Radditz guides day-trips down seven North Coast rivers targeting winter steelhead. When those fish runs begin to peter out, he traverses the state and leads five-day wilderness floats down the remote Owyhee River canyon. When the water there gets too low, he pivots toward early summer fly fishing on the Deschutes River and then to mid-summer smallmouth bass on the John Day. In the fall, he is one of few people who oar a drift boat down Idaho’s famed Middle Fork Salmon River while his clients fish for cutthroat trout. From August through late fall he uses a powerboat to target sturgeon and salmon on the Columbia River before turning again to coastal rivers and the start of another year. He has a house and a family in Warrenton, yet he spends about six months a year away from home.

Having his livelihood so tied up with harvesting Northwest animals does worry Radditz. Poor fish returns, which have led to reductions in season length and catch limits for salmon and steelhead, are already eating into business. The long term projections show it only getting worse.

“In my lifetime we’re going to see (salmon) runs depleted — maybe to a number we can’t fish,” he said.

Radditz is already considering ways to branch out. He’s already shifting from harvest-centric hunting and fishing toward catch-and-release trips, and he plans to focus other excursions on birdwatching, photography and ecotourism.

He thinks hatchery production — in danger of declining due to reduced state funding and the pressure of environmentalists — is critical for keeping the guiding industry afloat, as well as the rural economies that the industry helps support.

“Hatchery production is key to keeping people in tune with nature and going fishing, going hunting, buying licenses and supporting those rural economies that have depended on people coming there for a certain season for those fish that are there for that month,” he said.

Radditz said he’s living a life his young self couldn’t have imagined. As soon as he learned that “fishing guide” was a job that existed, he didn’t want to be anything else.

“I saw the lifestyle that they got to live ... being outdoors, not really dealing with the corporate America that most people have to deal with every day,” he said.

It’s a life that suits him. Radditz can only hope that rural economies and rural environments will allow him to continue making a living at it well into the future.