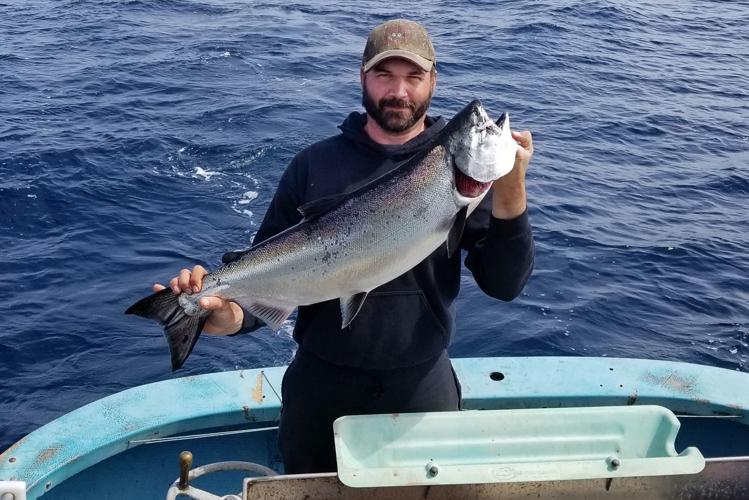 Fisherman Jerry McClosky says he loves his job despite the challenges his industry faces. 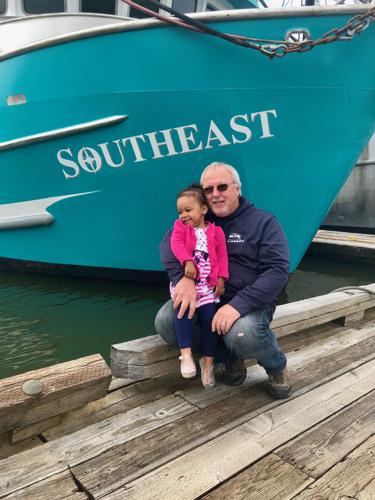 John Corbin, chairman of the Dungeness Crab Commission and fisherman, poses next to his boat with his granddaughter, Maisy. He has been in the industry for around 40 years. 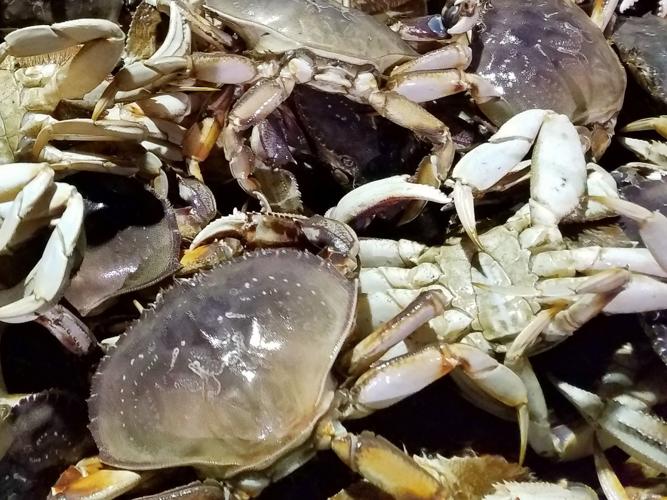 Even though there are only

423 permits for crabbing, landings in 2017 broke a record at 23 million pounds

Fisherman Jerry McClosky says he loves his job despite the challenges his industry faces.

John Corbin, chairman of the Dungeness Crab Commission and fisherman, poses next to his boat with his granddaughter, Maisy. He has been in the industry for around 40 years.

Even though there are only

423 permits for crabbing, landings in 2017 broke a record at 23 million pounds

An hour before daylight, fisherman Jerry McClosky is up preparing himself for his day. He sets out the fishing gear, dropping lines with hooks behind the boat, where it stays until the sun sets every day.

The salmon season runs from May to October, and while some days can be an endless trolling with little to no fish, other days the moment the gear is dropped there’s no time to finish a cup of morning coffee.

“The springs begin to bounce and the blood starts to flow as the fish start coming aboard,” McClosky said. “To a fisherman, there is no better feeling. All of this on top of the weather and swells make it a dangerous and exciting job.”

McClosky grew up around fishing. His father and uncle fished salmon in Alaska, and the stories about fishing trips and his father’s excitement over the catches stuck with him. He was invited to work by a friend and has been doing it ever since.

“I want to do this because this is what I love,” he said. “You never know what the day will bring, but you do know no two days will be the same. As fishermen, we get to see things only a small percentage of people get to see and enjoy. People pay big money to go out and see what we see at work.”

Although the salmon fishing industry in Oregon has historically been strong, in the past three years the salmon fishery has been declared a disaster by the federal government. In 2017, the landings were 267,000 pounds and $2.1 million valued to the fishermen; a sharp decline from 2014, when the industry landed 2.7 million pounds and valued $14.8 million to the fishermen, according to Nancy Fitzpatrick of the Oregon Salmon and Albacore Commissions.

The California drought has meant that there have been fewer fish to catch. And in an attempt to boost fish populations on specific runs, wildlife managers have placed catch quotas on salmon for certain runs. For example, there is a 50-fish per boat, per week quota on salmon from the Klamath River to keep the population from being over harvested.

The constraints push larger boats farther up and down the coast to follow the fish. Smaller boats can’t do that.

For McClosky and other fishermen, the impact of the decline has been tremendous. The loss of income has led some fishermen to bankruptcy and the loss of their boats.

“The bills never stop coming, so when the fish do it hurts a lot of families,” he said.

As of Oct. 23, fishermen landed 323,797 pounds of salmon valued at $2.7 million. That’s better than last year, the but the commission is still going to petition the government to declare 2018 a disaster as well.

“We have no control over what’s out there in the ocean,” Fitzpatrick said. “Like farmers, we say next year will be better.”

Beyond the shortage of fish, fishermen face other challenges.

Fishermen get ice from the plants they sell the fish to before they head out each day, but sometimes the plants run out of ice. When that happens it puts more strain on the fishermen because they can’t go out without it.

Many fisherman struggle to assemble and keep a crew. There’s a lot of turnover from people who either want to buy and manage their own boat, or would prefer a job on land.

With the struggles salmon and albacore fishermen are seeing, Fitzpatrick said that many fishermen have started to diversify and switch over to crab after the early fishing seasons end; in Oregon, crabbing season starts in December and goes into August.

This is a lucrative strategy, seeing as in 2017 crab landings broke a record at 23 million pounds and $74 million in value to the fishermen.

John Corbin, a fisherman and chairman of the Dungness Crab Commission, started fishing in high school. He worked on sport salmon fishing charter boats before he joined the Air Force. After his deployment, he was only home for an hour before the call came in asking if he wanted to go fishing — that was 40 years ago.

“For a crabber or any fisher, it takes an entrepreneurial spirit,” he said. “It could be compared to Gold Rush days. The season opens and it’s like, ‘Go for it; catch as much as you can.’”

Corbin crabs in Oregon, Washington, California and Alaska, and owns three boats. He said that last season was better than expected, and the researchers with the commission are projecting around 25 million pounds for 2018.

Dungeness Crab Commission Executive Director Hugh Link said larger boats will commonly fish for the first four to eight weeks in local waters before moving onto another fishery in Alaska or shifting to shrimp. That gives smaller boats that depend on that fishery an opportunity to continue to catch more.

“Access to the resource is most important,” Link said. “We’re sharing the sea.”

Corbin said fishermen are conservation-minded individuals, and they are very concerned about the balance of the ocean.

“We understand that we can’t go out and fish every last crab and fish,” he said. “We’re working to ensure there’s a resource and ocean out there in the future for all of us.”