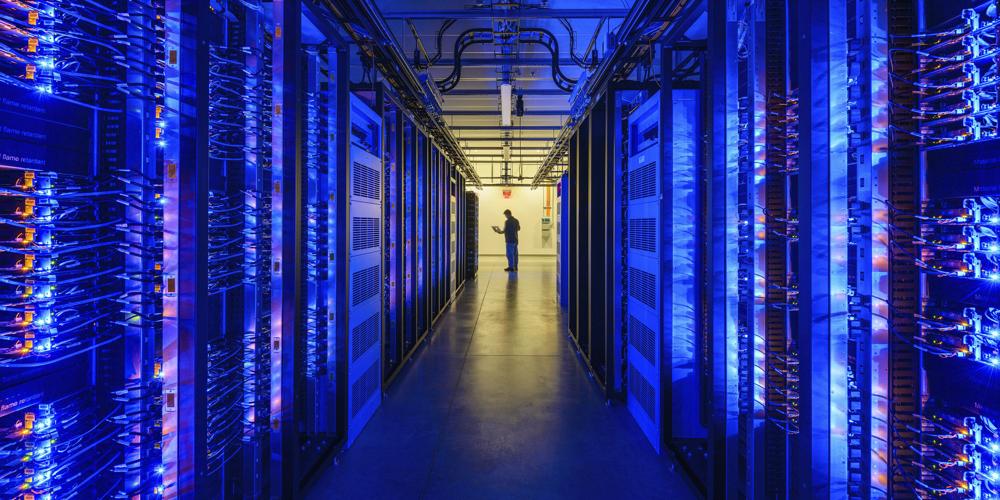 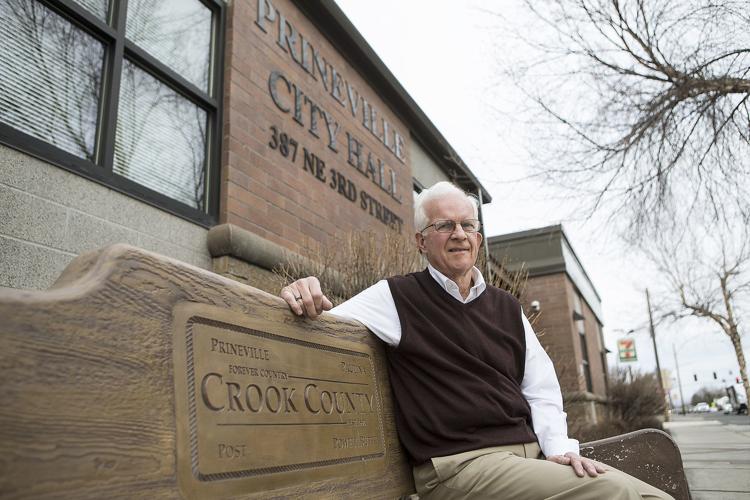 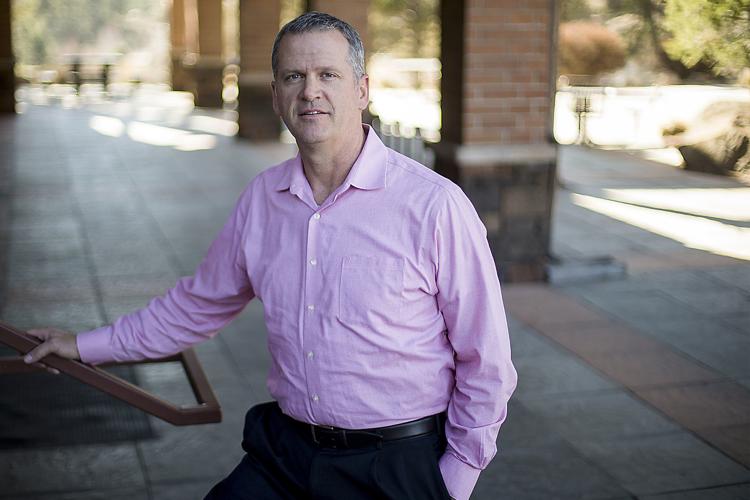 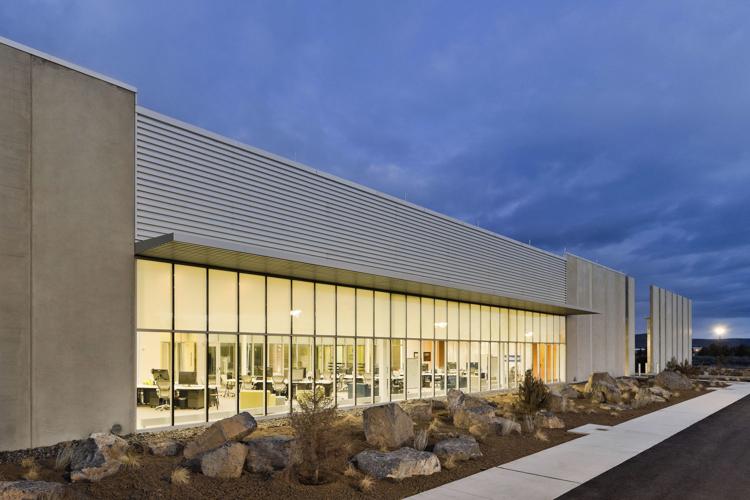 When Facebook approached the city of Prineville nine years ago, the hope was the social media giant would fill the economic chasm left in the wake of a recession and a lagging logging industry.

Prineville Mayor Steve Uffelman never dreamed that the technology firm would turn the economy around for his city of 9,500 people.

"There are a number of ways we benefit. It gives us an economic boost to the community because the wages are well above average," Uffelman said. "During the recession, we were at the bottom of the state in weekly wages, now we're in the top 10 in the state.

The Central Oregon city, which hosts Apple as well as Facebook, is just one of a handful of Oregon cities to benefit from the push by tech companies to locate data centers in places with stable environments, available land and access to cheap power. In return, these Oregon cities offer 15 years’ worth of property tax exemptions through a state-led program called enterprise zones each time these businesses build or expand.

Goodjobs First, a Washington, D.C., public policy resource center, estimated that tech companies such as Google, Microsoft, Facebook, Apple and Amazon Web Services received more than $1.6 billion in subsidies nationwide from 2006 to 2016, but have not contributed enough jobs to offset the subsidy.

"We got way more than they promised in terms of jobs," Lee said. "We stumbled upon this industry for this region. I look at Facebook as the home run.

"Times are good in Prineville."

Because these nondescript, warehouse-type buildings are often located on land that is undeveloped or underused, cities feel they are a boon to the economy. Often the jobs created in enterprise zones offer higher than average income, representing 20 percent of all wages in Prineville but 5 percent of the total employment, Lee said.

While data centers will never replace the labor-intensity of the logging industry, they do provide well-paying jobs, although, not many. Through the second quarter of this year, data centers, Facebook, Google and Apple, employed 322 people, compared to 164 in 2017.

"The total employment impact of these three data centers is likely much larger when you take into account construction workers, contractors and security," said Damon Runberg, Oregon Employment Department regional economist. "They’re not replacement jobs, but the data show that diversifying economy and the data center element helps stymie the structural losses from wood products."

But some believe that the use of these enterprise zones just move money and jobs from one place to another and are not really creating new employment.

Garrett Watson, a special project manager at the Tax Foundation, a national tax policy think tank, said there's just not enough concrete data yet to determine if these data centers are good or bad for communities.

"The literature is mixed if place-based incentives are effective in creating jobs and benefit the taxpayers overall," Watson said. "There’s some evidence that there's a lack of data to measure if these programs hit the goals that they’re designed to create."

Using enterprise zones allows communities to compete for a traded sector company that invests in capital improvements and will create jobs, Lee said.

With data centers, much of the growth was concentrated in The Dalles since the Google data center had a big expansion in 2017, Runberg said. As of 2018, the Facebook center in Prineville occupied 3.2 million square feet, representing a $2 billion investment, said Melanie Roe, Facebook technology communications spokeswoman.

Capitalizing on Oregon's lack of sales tax and locating a facility in an enterprise zone, the company saved an estimated $4.8 million in taxes between 2013 and 2015, according to GoodJobs First.

"We don’t look at the property tax, we look at the long-term gain of having the construction and jobs present in our community," Smith said. "The infrastructure money, the in-lieu funds paid to our fire department and the pro bono work they do give to the community, provide a lot of knock off for the community."

These side benefits, Smith said, offset the decline in jobs communities such as Prineville experienced at the height of the recession and from the decline in the timber industry.

Not all the savings are going to the company. Each year cities such as Prineville receive a franchise fee from the power company. Those fees are paid for by the consumers, and in this case, that would be these huge power users. When Facebook first started in the early days those fees to the city were $300,000 and today it's up to $3 million, Uffelman said.

Nearly $200 million has been given away to Facebook and Apple in property tax breaks since 2012 when Facebook first operated its center, said Jon Soliz, Crook County assessor. Uffelman said that when Facebook came to town in 2010, the town of Prineville was suffering. The number of students qualifying for free and reduced lunches at the schools was at an all-time high he said, but now it's substantially reduced. According to the Oregon Department of Education, 56 percent of the students in Crook County School District received free and reduced lunches in the 2018-19 school year, compared to 61 percent the year before.

"We're seeing a stronger community economy," Uffelman said. "The community is changing, but we have other businesses that are coming too."

In Prineville, the data centers have bumped up business at hotels, restaurants and for area contractors. Not so much this year, but last winter was hopping, said Sandy Halsey, Rustler's Inn resident manager.

"It all depends on how many workers they have. Right now it's a skeletal crew," Halsey said. "We aren't very busy at all. But last winter was very busy."

New construction and businesses are another addition to Prineville as a result of the data centers.

When Uffelman looks up the hill where the Facebook compound is located, he can't help but think of all the confidential information that's stored up there.

"There’s a bit of pride that goes along with being the storage area for that confidential info of people’s stuff," Uffelman said.

Every time there's a Google search, a Youtube video uploads or new Netflix film is added to the library, massive amounts of data are sent and stored somewhere. These data centers, as they're called, are huge warehouse structures that are climate controlled and often set in areas with little seismic activity and access to low-cost power.

"The Prineville data center helps make Facebook even faster for people who live in the area. But Facebook often spreads requests across their entire data center infrastructure," Roe said. "So, there's no guarantee that user traffic in the region is exclusively served by the Prineville facility."

At the Prineville data center, Facebook knew it wanted to be energy and water efficient, Roe said.

"To achieve these goals, it redesigned its entire physical infrastructure from the grid to gates with a focus on squeezing out every possible efficiency," Roe said.

It built a cooling system that uses outdoor air instead of a water plan to cool the servers, she said. And in a partnership with Pacific Power, it is identifying and contracting with six new solar projects in Oregon, Roe said.

Like Facebook, Apple has agreements for wind and solar power to use renewable energy to fuel its data centers.

Despite these data centers not bringing a lot of jobs with them for the community, economists and politicians feel that there is an extra-economic boon that comes. They come by the way of additional industries like Rosendin Electric, which set up shop in Prineville over Quincy, Washington, said Prineville's Uffelman.

"That's the kind of ancillary support that businesses need so they don't have to provide their own staffing. It helps Prineville by creating new jobs," he said. "We didn't expect that when Facebook would come that it would support other industries."

With a population of 18,000, the city of Hermiston last year agreed to house one of Amazon's data centers, said Bryon Smith, Hermiston's city manager. Four 250,000-square-feet data centers will begin construction in 2021, Smith said. They will employ about 200 people when fully built out, he said.

In a community that's primary employment comes from agriculture and the Walmart distribution center, landing a traded sector employer such as Amazon is a coup.

"From our standpoint, it’s a very positive development," Smith said. "It offers a living wage that can support families."

While many of the jobs require training, the Blue Mountain Community College now offers classes that train workers in data center management, he said. There's a waiting list to get into the courses.

"It’s been real positive," said Smith. "It’s starting to get a lot of interest."