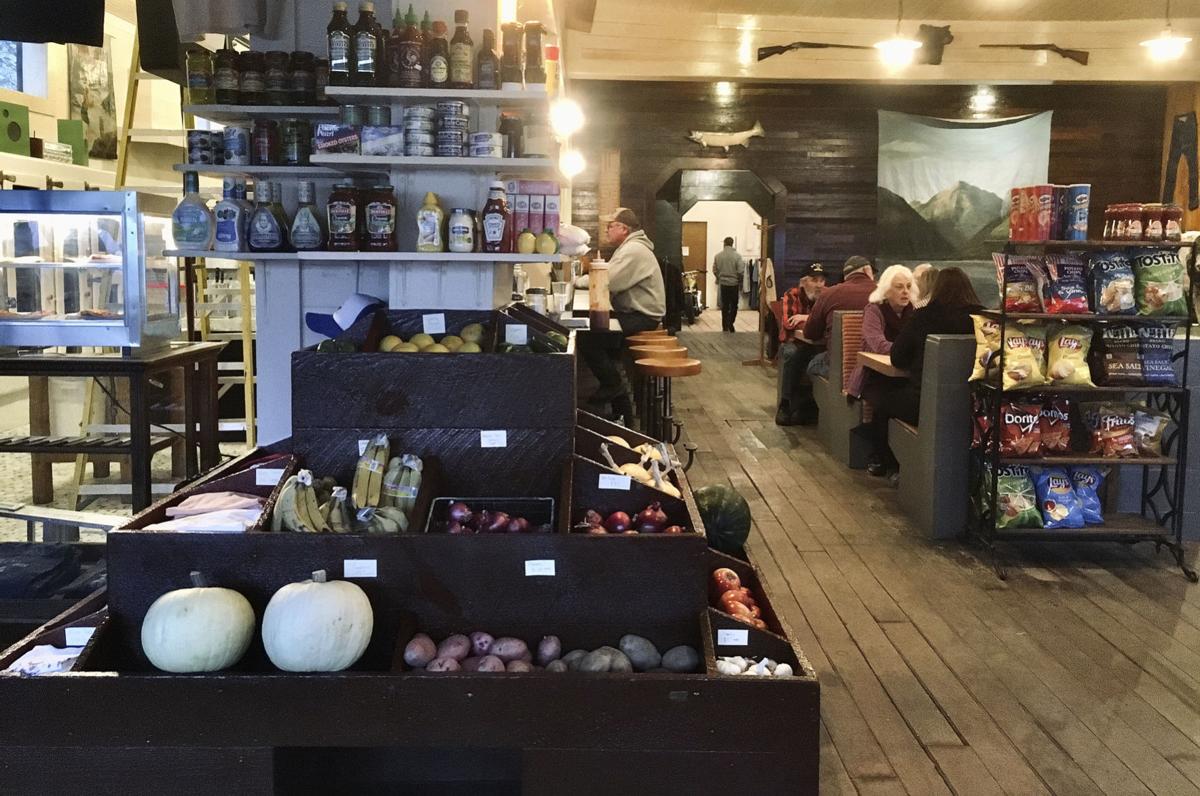 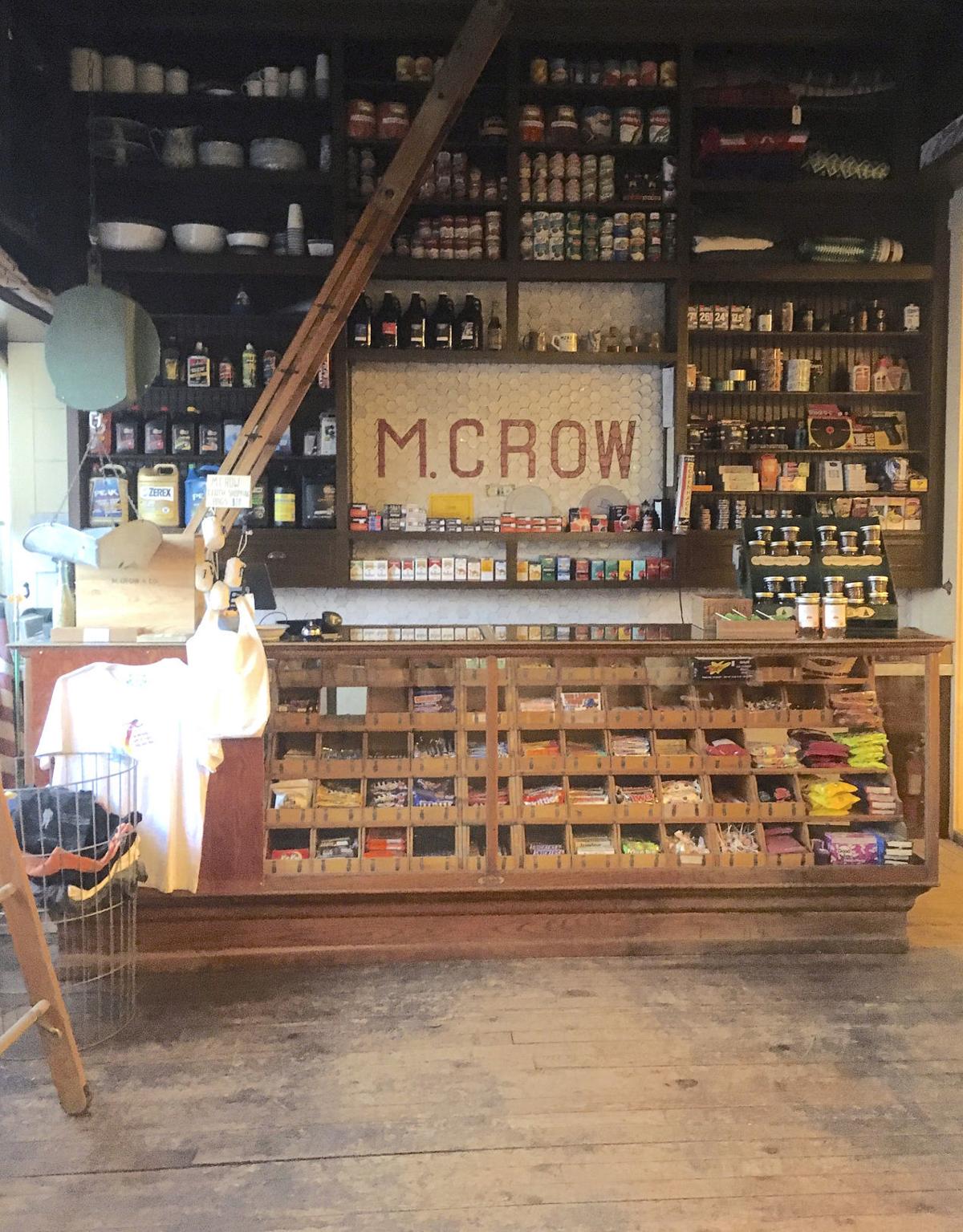 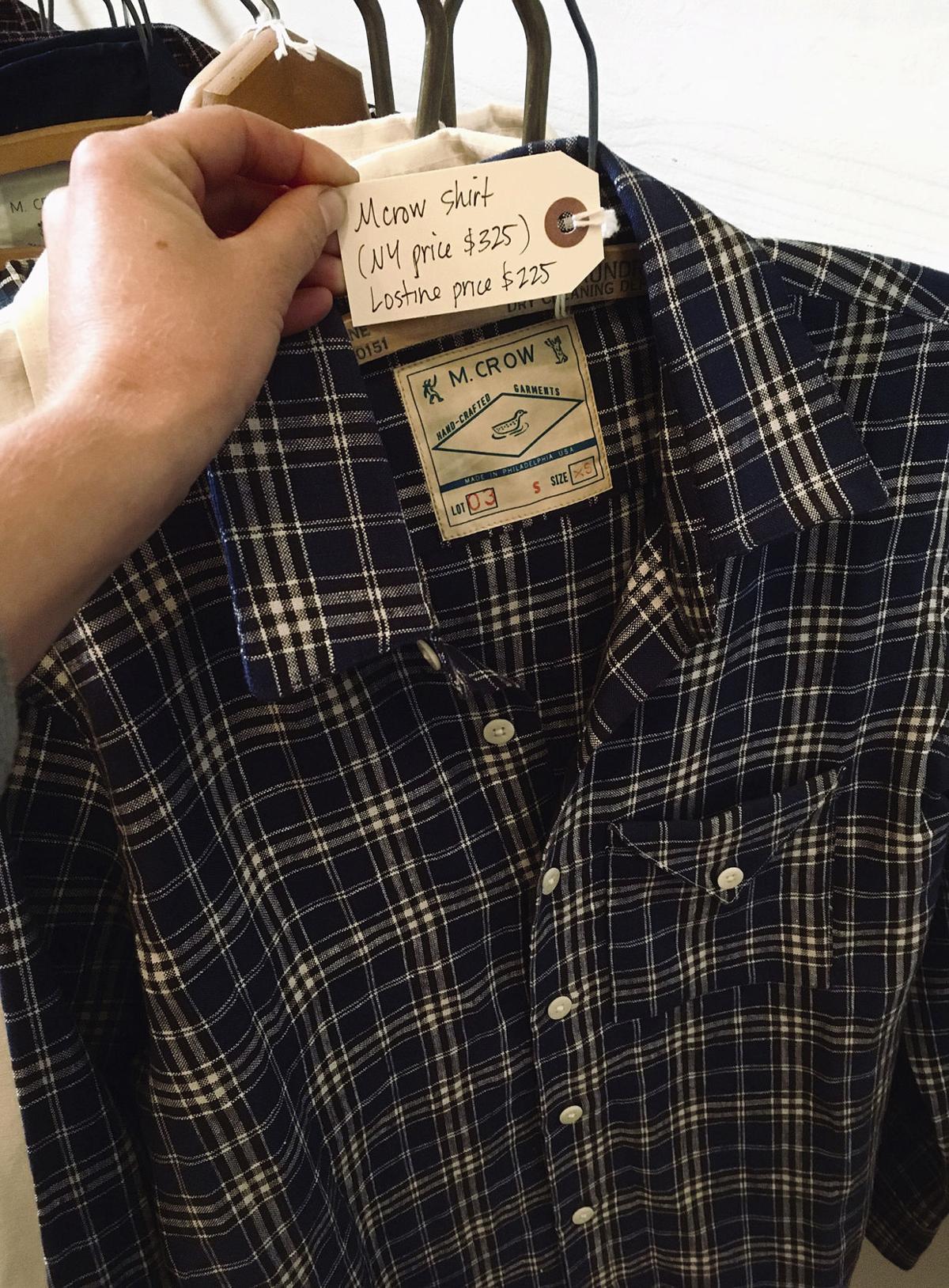 The speed limit on Oregon Highway 82 drops to 35 mph at Lostine in Wallowa County, which is slow enough to notice the few “downtown” businesses. An ag mechanic, the old grange, the tavern (closed), the coffee drive thru and M. Crow & Co.

For more than 100 years “Crow’s” has served up groceries, dry goods and sundries to the lower Wallowa Valley, but in 2013 the store was in danger of closing. Artist and entrepreneur Tyler Hays bought the business to keep the much-loved local business going and give it a modern life.

The front half of M. Crow & Co. is remodeled but fairly unchanged in its historical offerings. People sit at the bar or in booths eating dinner and drinking pints. Behind them are classic glass-front coolers with milk, eggs, and beer. Near the door is an old dry-goods nook with candy, work gloves, jerry cans, and other things locals or visitors need in a pinch.

But the back half of M. Crow is unexpected — a professional radio studio crammed with records; a bench full of pricey, handmade ceramics; a room full of high-end leather boots, denim jeans, and plaid shirts, each with a curious price tag.

M. Crow clothing is sold in fashion hubs such as New York City and Milan, Italy, but in a county with an average per capita income of $26,000 per year, a $200 shirt attracts attention. M. Crow owner Hays says his handcrafted, made-in-the-USA clothing is creating conversations and much-needed jobs.

“When you pay someone $20 per hour to sew garments and give them health insurance, pants can be $200.”

Hays creates the clothing patterns, manufactures the denim, and does some sewing in his Philadelphia factory. The next step, he says, is to bring denim machines, sewing, and manufacturing jobs back home to Wallowa County.

Hays says manufacturing is important in rural areas because it creates higher value than exporting raw materials or providing seasonal tourism. “The idea is to take local barley and make beer; to take local clay and make pottery,” says Hays. Besides clothing, beer, and ceramics, Hays is building a workshop to make cutlery at M. Crow as well.

Hays has experience in manufacturing and a life-long interest in making things from scratch.

He grew up in nearby Joseph, and fabricated his own toys and sewing with his grandmother. After high school Hays attended art school at the University of Oregon and moved to New York City. Over years, he built BDDW, a company fabricating luxury furniture and ceramics. His Philadelphia factory employs 80 craftspeople, and he wants create similar living-wage manufacturing jobs in Wallowa County.

It is difficult to create industry in a small town, far from an interstate, but Hays says he and his team are slowly building something. “This is not a growth activated plan,” says Hays. “It is about fixing the problems and educating people through our work.”

While developing new industries is the long-term goal, the impetus for investing in Wallowa County was to save the M. Crow landmark from going under. M. Crow project manager, Michael Junkins, counts that a success.

“There are very expensive things in here but you can also buy the cheapest Coors Light in the county. You can buy our groceries or take your family out to eat on a $15 per hour job. There’s something for everyone here.”

Perhaps the mishmash of M. Crow’s offerings is just another example of rural businesses trying to survive. Project manager Junkins said M. Crow is trying to appeal to both locals and tourists. “We understand that if it isn’t for the locals first, it won’t succeed. In the off season they keep the lights on.”

Hays says the restaurant and convenience store aren’t enough on their own which is why the store almost closed before. “It is the customer that comes in from Portland and buys a shirt and some pants that can float the store day to day.”

Hays and Junkins say they are aware of the tension between selling milk for $2.99 and boots for $800. There is also tension between economic development and gentrification and between the urban and rural.

“I live both lives — New York and here. I can see the tension being in both worlds, and I can see the connections that can be made,” said Hays.

There are also tensions about changing a 100-year-old institution.

“You’re vulnerable to doing everything wrong. This is a special place but it is a fragile thing,” said Junkins. He says being part of the community will keep the store on the right track. “The longer we’re here, the more relationships we have, the better.”

M. Crow was closed for a year of remodeling, but Junkins says locals are utilizing M. Crow as a meeting spot again for an after-work beer, a birthday party or the Lions Club meeting.

“Folks are also getting in the habit of buying groceries here again,” he said. Just as they have in Lostine, population 213, since 1907.