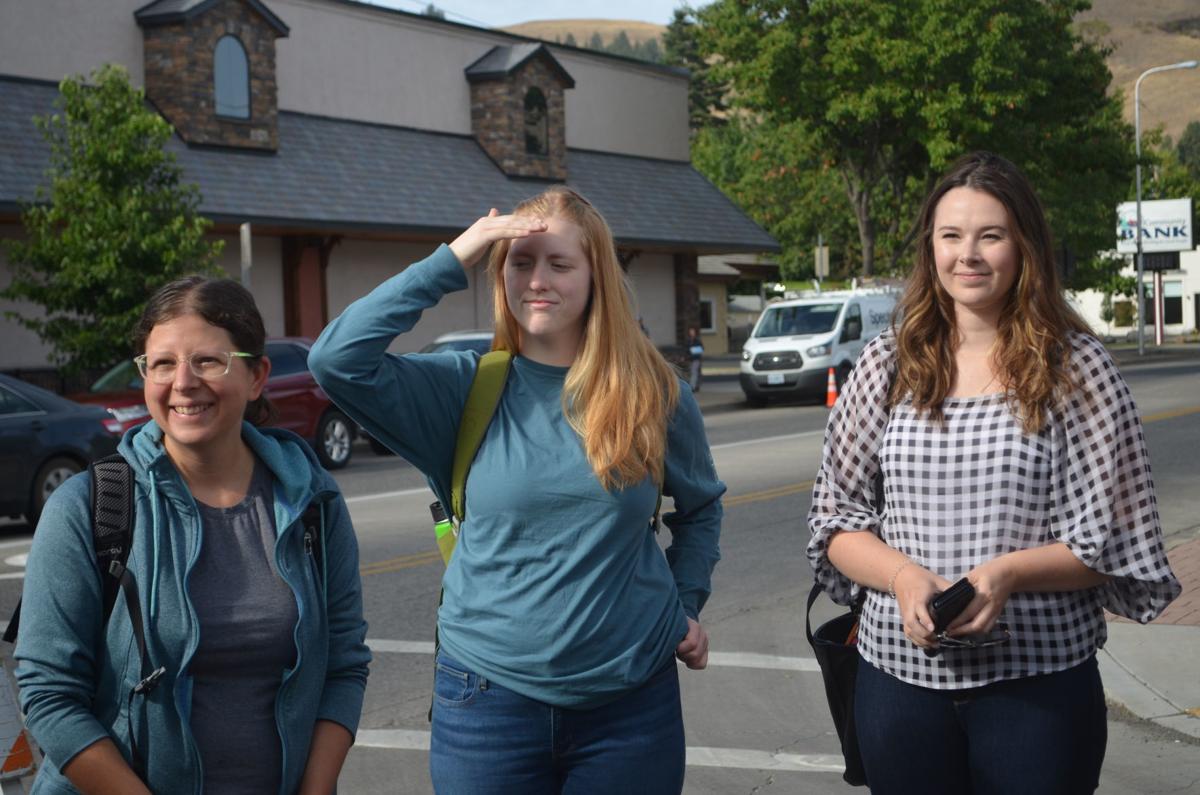 Members of the Rural Ambassador program at the farmers' market in La Grande. 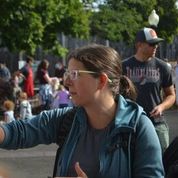 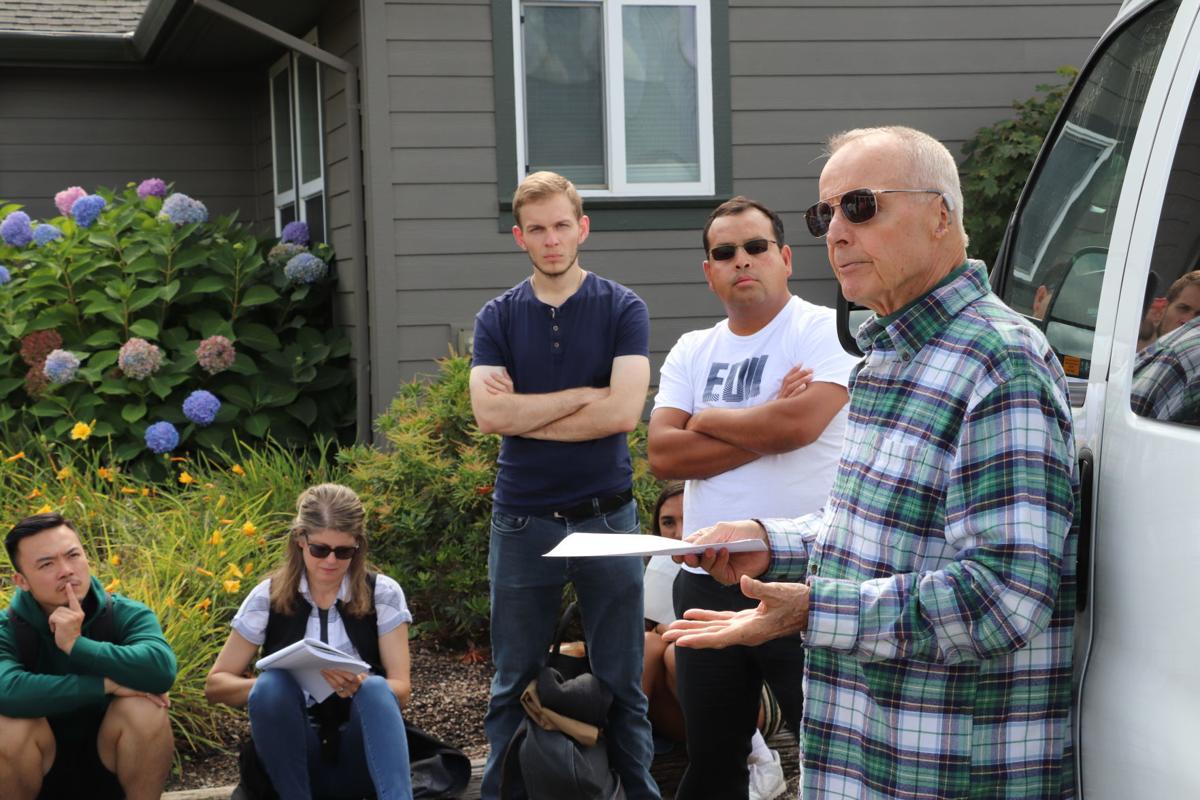 Members of the Rural Ambassador program at the farmers' market in La Grande.

College students studying Oregon’s urban-rural divide knew they would find contrasts between Portland and Eastern Oregon. What they didn’t expect was how much the two regions have in common, from high rents and the lack of affordable housing to the popularity of farmers’ markets.

That newfound awareness was a key goal of the 2019 Urban-Rural Ambassadors Summer Institute: Gain a broader understanding of what Oregonians have in common and the challenges they face — regardless of where they live — and develop skills to help Oregonians collaboratively work across the urban-rural divide.

This is the second year of the program, which brought together 14 students from Eastern Oregon and Portland State universities for the intensive 10-day course in September.

“I think a lot of us were prepared to see differences, but we weren’t necessarily prepared for all the similarities,” PSU student Ashley Heyberger said.

Heyberger moved to Portland about seven years ago from rural central California, so she didn’t feel much of a cultural shock as the class visited La Grande, Joseph and Pendleton. Through the course, she saw parallels between rural California and Oregon. She found even stronger parallels between urban and rural life within Oregon — especially rent prices.

“The class is so powerful,” said Megan Horst, an assistant professor of urban studies and planning at PSU. “It’s just so funny. You can live in this state and have such perceptions of other parts of the state because you never go there. And when we do go there, we go as tourists.”

Horst co-taught this year’s course with Christopher Walsh, an assistant professor of chemistry at EOU, along with Kristen Wright of the National Policy Consensus Center at PSU. The course included four days in Eastern Oregon and four in the Portland metro area. Discussions and presentations were intertwined with field trips and other activities, including site visits on the travel days.

The two universities are a natural match. PSU, with its 27,000 students, is clustered in downtown Portland and declares its mission as “let knowledge serve the city." EOU is enshrined in state law as “Oregon’s Rural University.” Its dormitory-style campus sits on the edge of La Grande, a city of about 13,000 at the base of the Blue Mountains. More than a third of EOU’s 3,000 students attend classes online.

“The program changed a lot of my perspective of what it’s like to live in rural places,” said Sarah Friedman, a PSU student who grew up in Beaverton. “There’s always pros and cons of living out there or living in the city. What I was most surprised with was how a lot of the issues the city faces are what La Grande also faces. Their housing issue is quite similar to Portland.”

She added: “We say that there is this divide between the urban and rural, but in reality, in the background we’re all connected in some way.”

As part of their field trips, students saw the Columbia River hydroelectric dams and a rural wind farm that provide power for all of Oregon. They toured the Oregon Food Bank in Portland and one of its regional partners in La Grande.

The course broadly focused on four areas: food systems and food security, land use and working lands, housing and homelessness, and climate change and environmental quality. Ten days is barely enough to scratch the surface, but Friedman said the course was well-designed to challenge students’ thinking.

As an example, students attended the Climate Strike rally in Portland. That led to a spirited class discussion about whether such actions are effective. Students came away realizing that climate change is an exceedingly complex issue in the urban and rural environments.

Students and instructors said the course helped undo some inaccurate assumptions, including:

• Farmers care little about the environment — A visit to a ranch fell through, but students spent time with a hazelnut farmer. “Many farmers care deeply and are very much in touch with the environmental impacts, and many times their choices are constrained by issues way outside of their own values,” Professor Horst said. “So I know at least students got a more nuanced understanding.”

• Downtown Portland is scary — It can be, but downtown also is vibrant and exciting, with lots of dining and entertainment options.

• Rural life is boring — Students discovered there is much to do, especially with outdoor recreation.

• Only urbanites attend Portland State — Some students come from rural backgrounds, and other students continue to live in rural areas.

• Rural Oregon lacks racial and ethnic diversity — The diversity is there when people look for it. Students said one of their most profound experiences was visiting the Tamastslikt Cultural Center in Pendleton.

• Homelessness and poverty are only urban issues — Students, however, said they heard mixed messages about the local awareness of food insecurity in rural areas.

• Regional politics are monolithic — There are liberal elected officials in Eastern Oregon, just as there are conservative politicians in the metro area.

Regardless of political stripe, politicians everywhere face the same challenge: Working with their colleagues and the public to solve problems.

“That’s what stood out to me across the board. How difficult it is to get anything done because people don’t agree on things,” said Rafael Mendoza, an EOU student from rural Eastern Washington. “It was a life experience to see how the city councils work, the cities work, the counties – all the difficulties of getting people to work together.

“If we can learn to work together a little bit more, it would be beneficial for everybody.”

Mendoza’s observation ties into the “ambassador” aspect of the program. The students’ long, grueling days ended with group debriefings about what they had encountered.

Wright, of the National Policy Consensus Center, led those sessions. She also taught collaborative communication skills including active listening and finding points of connection instead of fixating on differences. Mendoza said it helped that students started the course by agreeing to ground rules, including being respectful, listening to what each person had to say and understanding “we all look at it from a slightly different angle.”

Going forward, students said, the techniques will aid them in whatever field they enter, such as community development or business. The skills also can valuable in family conversations where the urban-rural divide exists, even if it might be overstated in other ways.

“This notion of a divide is a little misleading because it’s so much more multi-faceted, really. I’m guessing that’s true for most of rural America,” said Aineias Engstrom, who grew up in Germany and came to Portland to attend PSU. “I think maybe the main takeaway for me is that maybe we should even stop using the word ‘divide.’”

He and others said urban-rural should be considered more of a continuum than merely two separate points. At the minimum, Engstrom said, there are three regions – urban, suburban and rural.

That reflects the purpose of the program, according to one of its founders, Nate Lowe, dean of the EOU College of Arts, Humanities and Social Sciences.

“Some of these students haven’t been to these regions. It gives them a chance to meet people face to face in these communities who are growing food, who are trying to solve homeless problems, who are involved in county policies or state or city policies in order to address some of these issues. And they also can hear from folks like mayors and city councilors and ranchers and chefs and nonprofit CEOs or directors.”

The Urban-Rural Ambassadors Summer Institute was born from an off-hand conversation he and other EOU and PSU officials had several years ago. Lowe said the concept evolved into a residential program on how urban and rural communities “are both trying to deal with the same issues but they have to find unique way because of economic elements, environmental elements and population elements.”

The summer institute can accommodate 20 students. An ambitious goal is to add opportunities, including on-site programs at other times of the year, internships, rural-urban study certifications and graduate studies.

Lowe said the program succeeds because students come from different backgrounds and are with each other around the clock – rooming and eating together, hearing from the same speakers, visiting the same places and encountering the same experiences.

“What most of the students say is, ‘I had an assumption that in the rural setting, this is how it worked. But when I showed up, I realized that’s not exactly how it works. It’s different from how I expected. It’s more complicated than I expected.’”

John McDonald lives and works at the urban-rural interface.

Sorry, there are no recent results for popular images.