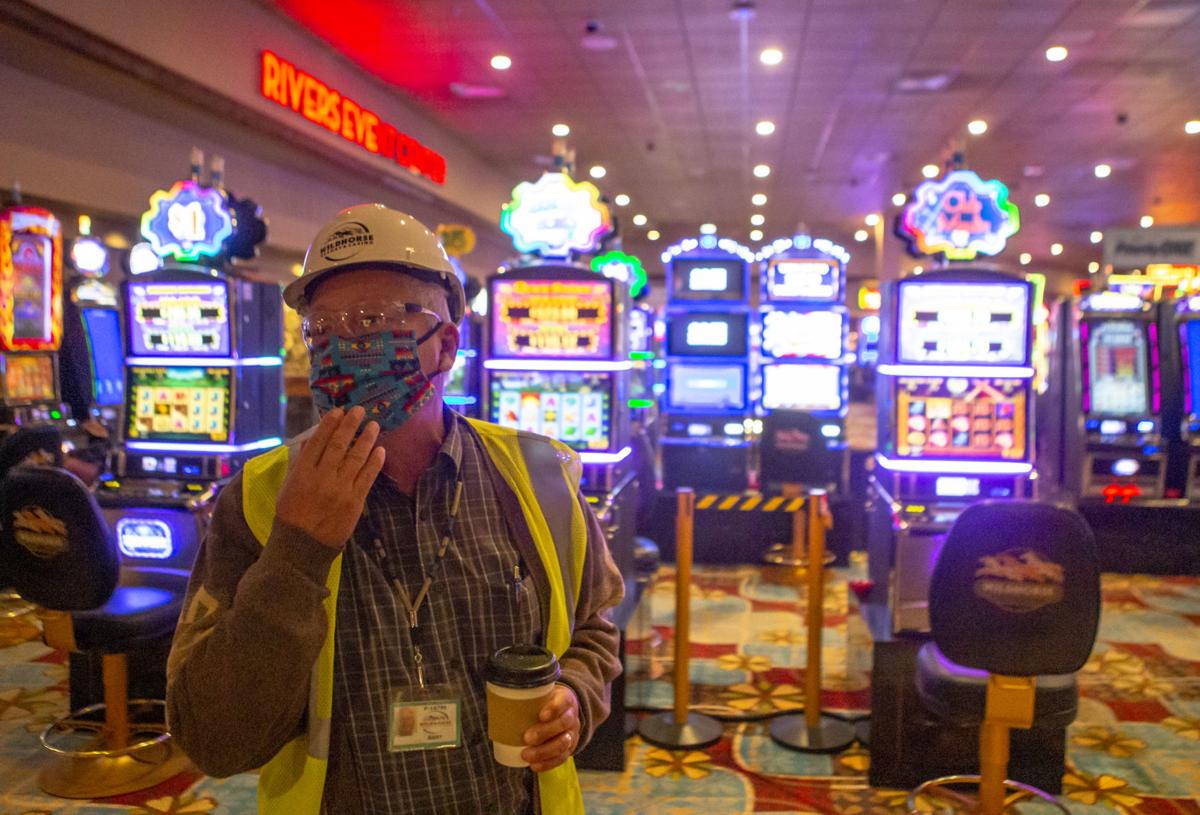 Wildhorse Resort & Casino CEO Gary George says that Wildhorse requires anyone moving about the casino to wear a mask. 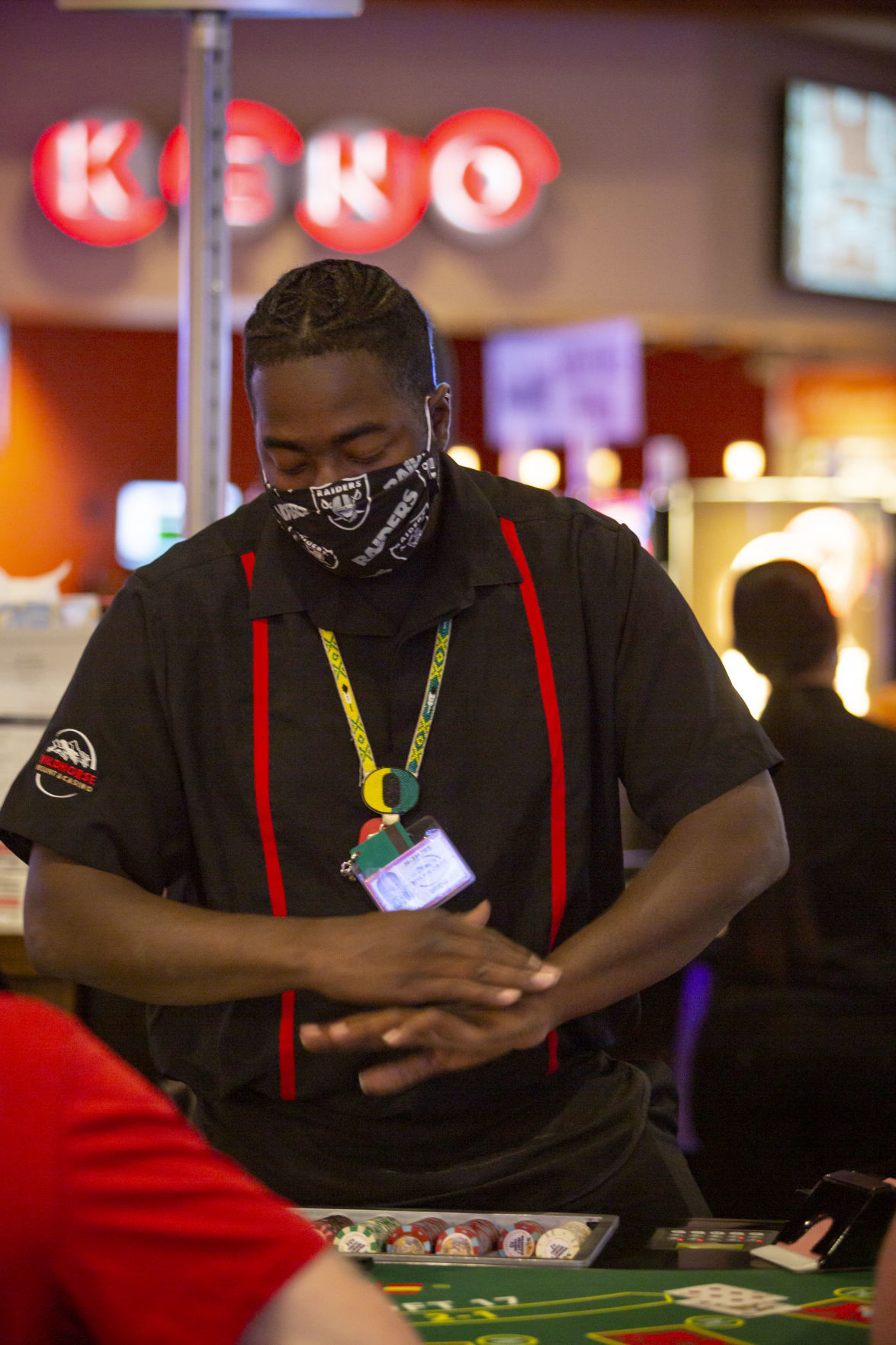 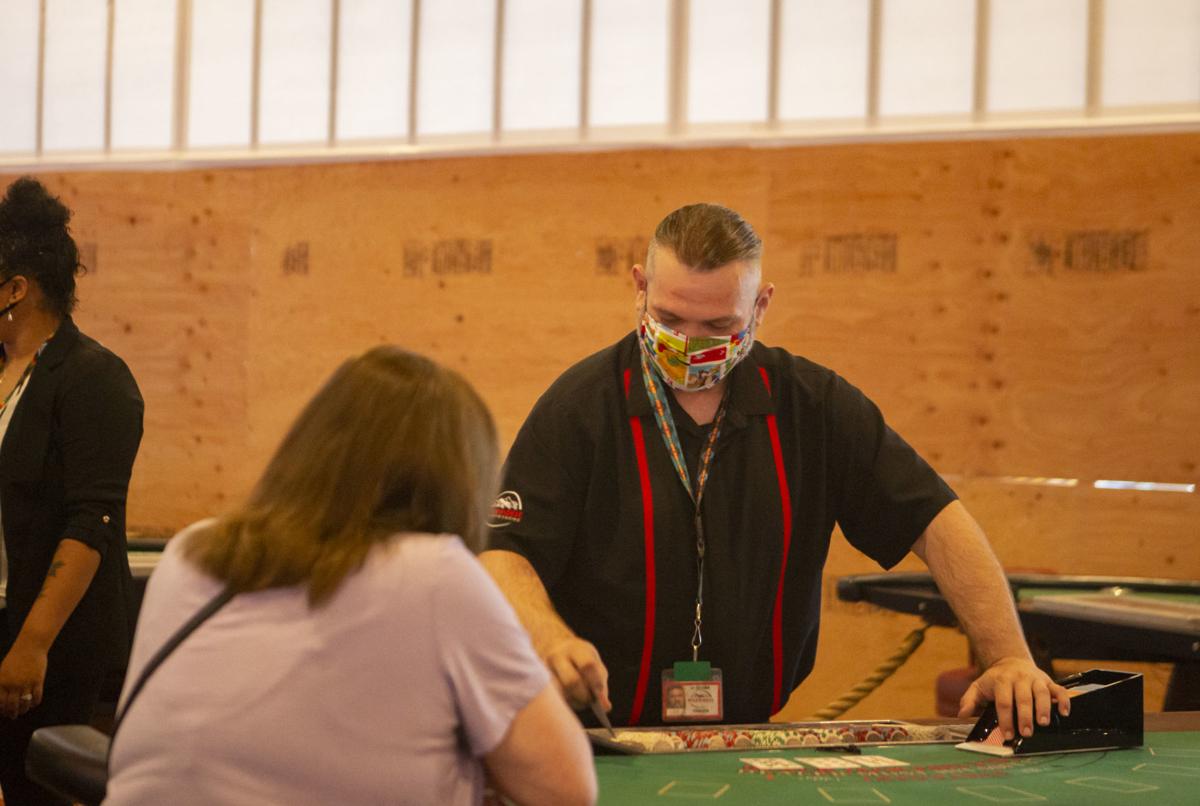 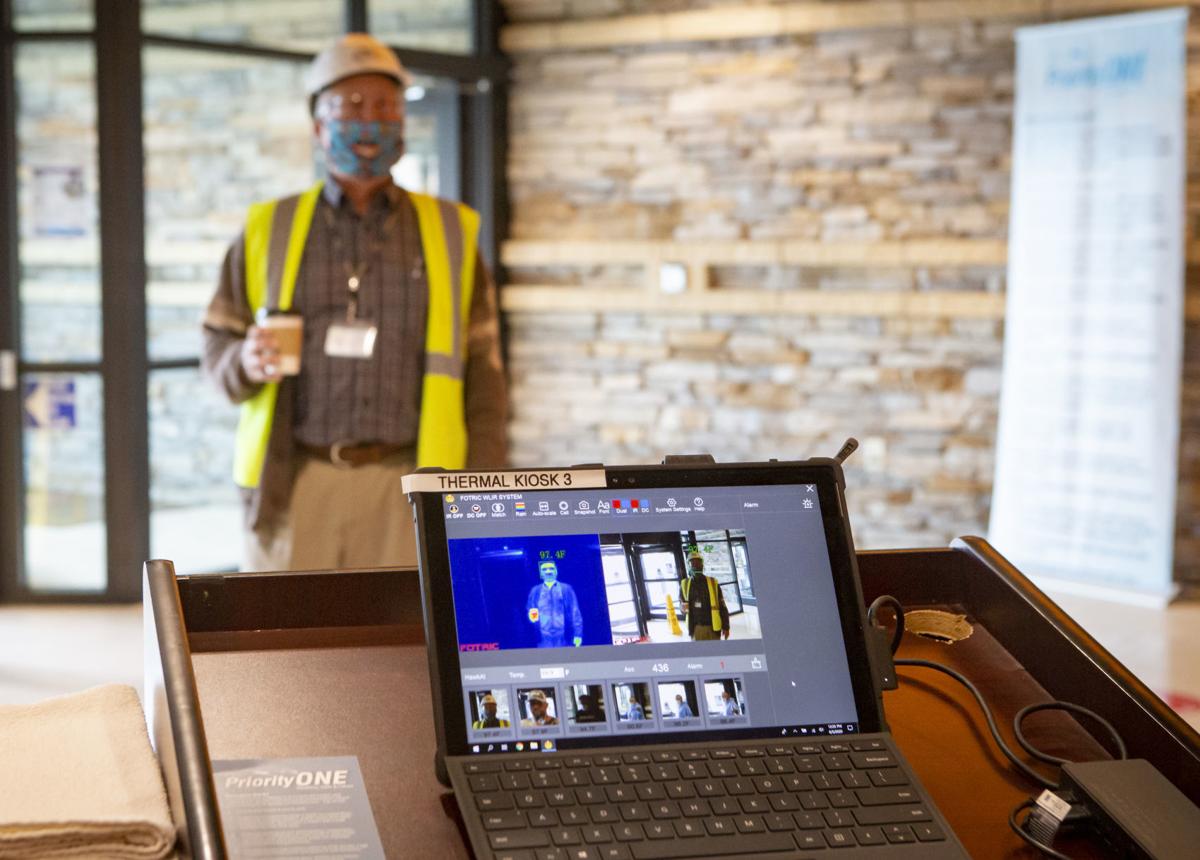 Wildhorse Resort & Casino CEO Gary George demonstrates how thermal imaging cameras are used two check the temperature of guests entering Wildhorse during a tour of the facility on Friday, June 5, 2020.

Wildhorse Resort & Casino CEO Gary George says that Wildhorse requires anyone moving about the casino to wear a mask.

Wildhorse Resort & Casino CEO Gary George demonstrates how thermal imaging cameras are used two check the temperature of guests entering Wildhorse during a tour of the facility on Friday, June 5, 2020.

As a sovereign nation, the Confederated Tribes of the Umatilla Indian Reservation didn’t have to follow Gov. Kate Brown’s stay home orders and shut down any of its government facilities or enterprises to slow the spread of COVID-19.

But starting in March, the CTUIR did just that — closing nearly every tribal facility to the public and even most employees for two months, including the Wildhorse Resort and Casino, a sprawling operation that contributes significantly to the tribes’ nine-figure budget.

The CTUIR has consistently followed its own timeline during the pandemic, declaring an emergency over COVID-19 before Oregon or Umatilla County, imposing more stringent social distancing regulations and recommendations than state or local governments and waiting a couple of weeks after Oregon began lifting stay home rules to reopen Wildhorse.

“We’re not driven by capitalism,” he said.

Sams was quick to clarify that the tribes weren’t anti-capitalist, as evidenced by their long history of free trade. But the tribes are going to put the health and safety of their people ahead of profits.

With that goal in mind, the tribes' approach has been a success so far.

When devising their plan for preventing the spread of COVID-19, the tribes took some cues from a dark chapter in their history.

Tasked with reviewing the tribes’ virus response from a communications standpoint, Sams was doing research on past health crises when Bobbie Conner told him to look at the oral histories of the measles epidemics of the 19th century.

Conner is the director of the Tamastslikt Cultural Institute, a museum that covers the 10,000-year history of the three tribes of the CTUIR — the Umatilla, Walla Walla and Cayuse.

Conner said measles was likely spread by white settlers traveling through the region, which exacerbated tensions over creeping encroachments on tribal land and trade.

A band of Cayuse killed Marcus Whitman in 1847 after the tribal members started suspecting the missionary and self-proclaimed doctor was poisoning them and introducing a disease that would end up halving the tribe's population.

Sams said many of the tribal members who did survive the measles outbreak had either chosen to isolate or unintentionally isolated by hunting, fishing or gathering while the disease swept through the area.

The tribes wanted to promote the same tactic in 2020, but the sacrifices made for such an approach weren’t just financial.

Sams said the tribal government faced pushback for those decisions, but they were aided by support from Armand Minthorn, a tribal leader.

“(He said) tribal sweat is a component of our religion, but it's not the main component, which is to still be able to pray and sing,” Sams recalled. “And you can continue to do that, even without sweat.”

With the spread of the virus seemingly slowed, the tribes reopened Wildhorse’s main facilities on May 28 and was to open its governance center to employees on June 15.

Under the resort and casino’s “Priority One” campaign, every employee and guest has their body temperature taken at the door and is required to wear a mask when standing or moving about the building.

Wildhorse staff dramatically reduced room capacity, turning off some gaming machines and moving others to the dormant event spaces, which have also been converted to break rooms for employees.

Once a 24-hour operation, Wildhorse CEO Gary George said staff now closes the casino for several hours four days per week to do deep cleanings and is cleaning gaming machines after every use.

But even with all the precautions and little in the way of promotion, George said there was pent-up demand for Wildhorse’s services. On the first Saturday after reopening, George said Wildhorse experienced its 11th biggest day in the resort and casino’s 25-year history.

The tribes' five-tier plan for reopening their facilities requires that certain benchmarks are achieved before CTUIR advances to the next phase. They are currently at Tier 3.

Tier 5 represents a return to normal operations, but Sams said the tribal government intends to extend its emergency declaration through the end of the year given the likelihood that COVID-19 may spike again once the cold weather returns.