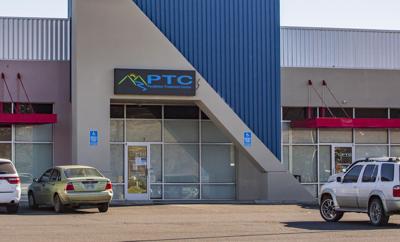 When Amber Latham moved to Pendleton as program director for the new branch of Oregon Recovery and Treatment Center in 2019, there wasn’t a lot of awareness among local officials about the opioid problems the community faced.

She was told by commissioners and emergency responders that opioid addiction wasn’t an issue in this northeast Oregon community. But, frequenting the local Walmart and interacting with locals told her a different story.

“In the past almost two years we’ve been able to highlight there is a need in the area,” Latham said.

Pendleton’s facility is one of the latest opioid treatment facilities to open up in rural Oregon, addressing a need that the Oregon Health Authority has seen for the past decade. Since 2105, OHA has been actively combatting opioid addiction through education and increasing access to treatment.

In 2013, Oregon saw more drug overdose deaths involving prescription opioids than any other type of drug, including methamphetamine, heroin and alcohol, according to the 2015 Oregon Prescription Drug Overdose, Misuse and Dependency Prevention Plan curated by OHA.

“It became pretty apparent in discussions with the state and getting calls from (Pendleton) that there was a lack of treatment in northeast Oregon,” Matt Owen, managing director at ORTC said.

Even with COVID-19, intakes have increased.

Since the clinic opened, Latham said, it has helped clients get back into the work force, find housing and reunite with their families.

Despite the progress, there are still numerous challenges that rural Oregonians face when it comes to getting into opioid treatment and succeeding in recovery.

There also aren't enough mental health providers, which makes it hard for clients to get seen for other underlying conditions.

Employment is also an issue because there are only so many places to work in small towns and if someone has been struggling with opioid use for years, finding employers willing to offer second chances can be difficult.

John McIlveen, with OHA’s Opioid Treatment Authority, explained that the challenges aren’t much different than other challenges facing rural areas.

“Access to communications, geographic distance, work force shortages and lack of work,” he said. “I think some challenges with addiction treatment provisions and access align with those things. Some of the consequences of those things exacerbate the severity of some people’s addictive disorders.”

Another challenge that comes with treating people with Opioid Use Disorder (OUD) is stigma and discrimination, McIlveen added.

“(Those issues) are monumental,” he said. “It doesn’t exist exclusively in rural areas, but there is a different dynamic and presents a unique challenge in terms of acceptance.”

While the facility offers wrap around services such as counseling and mental health care, Latham said there was some pushback from the community because it also offers methadone to reduce opioid craving and withdrawal.

Especially in rural Oregon, Owen explained that people would be shocked by their number of clients who had no intention of using substances illicitly.

“They got a prescription for an accident they had, in Pendleton it would be someone working on a ranch or farm, and woke up finding themselves needing that next pill even if there wasn’t any left in the prescription,” he said.

For Latham, the most rewarding aspect of the job is when she gets to really meet who a client is outside of their addiction. She said on day one, clients are sick, angry and hurting but through counseling and interacting with the staff she can see their glow come back.

“It’s so exciting to be a part of that and when they start recognizing it too and know their potential,” she said. “That makes the bad days all worth it.”

Aliya Hall is a freelance writer who lives in Portland.