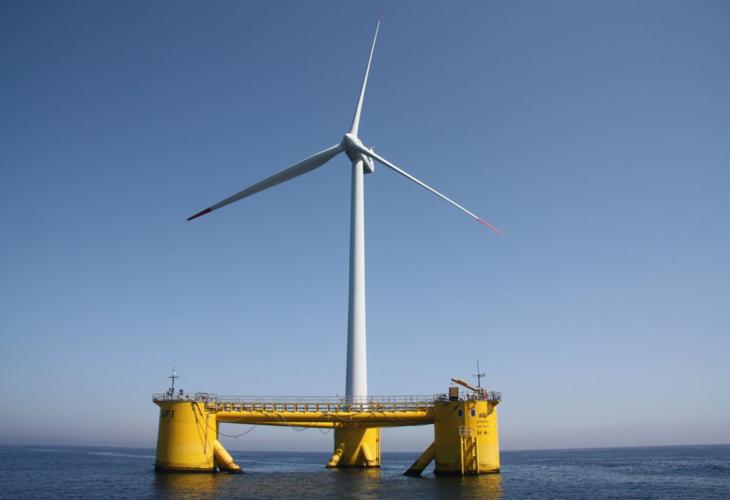 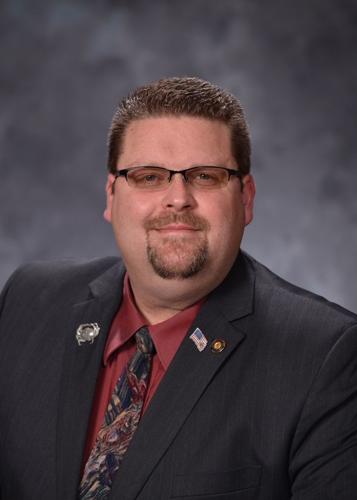 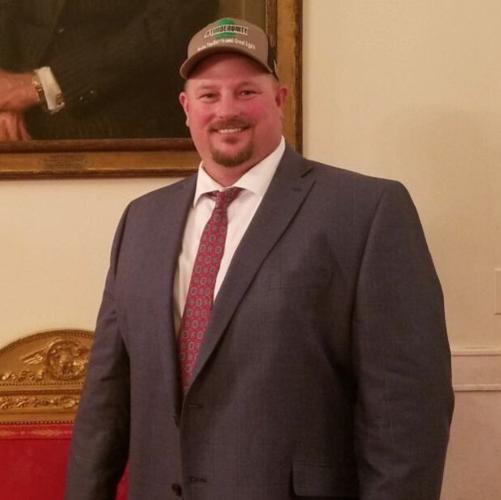 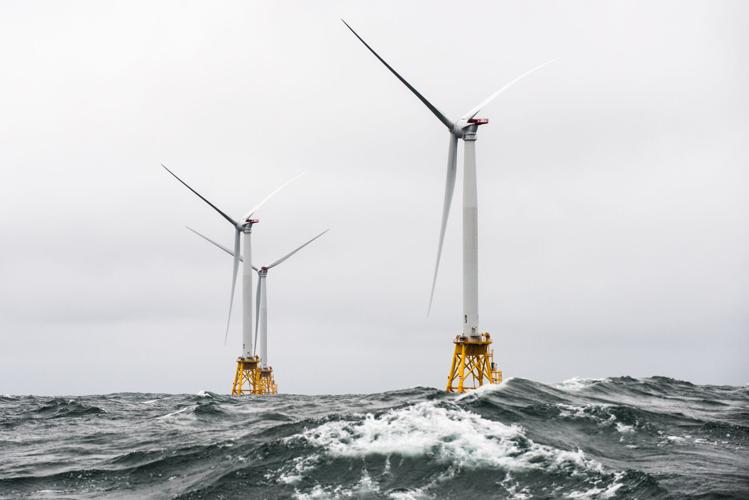 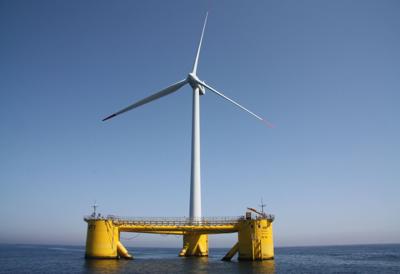 On Feb. 25, the Bureau of Ocean Energy Management (BOEM) announced that a hundred-mile stretch along southern Oregon’s coast from Coos Bay to Brookings is now a designated a ‘"call area" for deep water, floating offshore wind turbines.

Much like wind farms on land, these 980-foot turbines, including blades, will float between 12 to 30 miles offshore in federal waters. This was great news for state Rep. David Brock Smith, R-Port Orford, who eight months ago sponsored HB 3375, a bill which plans development of up to three gigawatts of floating offshore wind energy projects within federal waters off Oregon's coast by 2030.

Representing some of the poorest counties in Oregon, Brock Smith crossed party lines to align with the Biden administration’s clean energy initiative to lessen the country’s reliance on fossil fuels, catalyze offshore wind energy and create well-paying union jobs. Brock Smith believes Southern Oregon will soon become “the Saudi Arabia of Wind” because the region’s wind speed is the most consistent and strong in the nation.

Brock Smith hopes these floating offshore wind farms will mitigate the impact of what he terms "changing conditions across the globe and landscape," as well bringing new industry and opportunities to a region yet to recover from the timber industry’s fall decades ago.

While most praise his ability to bridge the political divide in a region known for its divisive politics, many are conflicted about the prospect of wind farms off Oregon’s coastline.

From environmental activists to commercial tuna fisherman, tribal leaders to Timber Unity members, all agree that addressing climate issues, along with the need to create cleaner energy, is paramount. Beyond that, however, strong doubts and unaddressed concerns reverberate throughout the region.

“BOEM is putting the cart before the horse by picking the places where floating offshore wind farms might go, but waiting to do the environmental analysis afterwards. This is a remote, wild place with super clean and rich, upwelling waters: we've got fish feeding, different types of whales coming through, and nearly 100 species of birds coming to forage from all around the Pacific. Because it's so remote and little-known, there's a sense that it’s empty — and that it’s OK to totally industrialize this environment. But should we?”

Rick Goche, CEO of Sacred Sea Tuna, a decades-long commercial tuna fisherman, adds, “Every square inch of these waters is utilized by some ecosystem that is intricately connected. What will be the cumulative impact on these waters over the long term, generations from now? The feds are not asking our permission or even doing impact studies. They’re just going to lease the sea and let the companies figure it out later.”

The concern about the companies that will be given leases to build, manage and profit from the turbines are echoed throughout the region. Brenda Meade, chairman for the Coquille Tribe, has witnessed the environmental degradation left behind by fossil fuel companies. She questions, “Should they be trusted as stewards of waters along the west coast? Has anyone penciled out the costs to ensure it will benefit the region, economically and environmentally? What happens when it doesn't?”

John Burns, CEO of the Port of Coos Bay, which has a long history of working for the oil and gas industry, agrees.

“There will be unique advantages over time,” he says. “But what we seek today will become obsolete tomorrow. We need to consider how to protect our environments and ensure that companies won’t walk away from something without consequences.”

He suggests some type of bonding or other mechanisms to ensure companies don’t have a shell company or dummy corporation that disappears and leaves without a trace.

The list of concerns continues. What will happen to commercial fishing lanes? Where is the energy produced sent? Who will this industry really serve?

Todd Stoffel, a founding member of Timber Unity, doubts claims that these projects will bring much needed jobs to economically impoverished regions. “We’ve seen this before. Contractors are brought in from out of state because they're the lowest bidder. Some local guys may be hired out of the (union) hall, but for the most part, labor will come from other states.”

David Petrie, business development manager for DB Western and a senior adviser to Ocean Winds, is a fierce promoter of floating offshore wind.

“We are out of time,” he states soberly. “I’ve done the research. Floating offshore wind provides the best approach to offset climate change.” At the same time, he cautions, “We must also ensure that our cross-cultural communities are educated and involved in the decision making.”

As many in small communities scramble to have their worries addressed regarding environmental and commercial survival, leaders in port towns outside the "call areas" are asking a more disconcerting question: Is this push to create more energy yet another band-aid to avoid tackling the more challenging question, how do we reduce our nation’s insatiable addiction to energy?

Nancy Ward, a port commissioner in a small town to the north along the Columbia River, states, “We are energy whores. Nobody wants to give up their comfortable lifestyle in any way, shape or form in order to save the planet. That's how far we've come. We'll trade extinction, rather than give up energy. And sadly, it’s rural communities who pay the price because they desperately need economic opportunity.”

Petrie, an enrolled elder of The Confederated Tribes of Coos, Lower Umpqua & Siuslaw Indians (CTCLUSI), remembers living without electricity until he was five years old. Knowing firsthand what it’s like to be threatened with extinction, as well as experiencing dominant culture’s manipulative means of taking advantage of fears and uncertainties of others, Petrie asserts, “The outcome looks really bleak for future generations of life on this planet. We need to offer hope to young people today.”

When asked if we should continue to build this arsenal of renewable energy in the sea, he responds, “I, too, struggle with the background of oil and gas generating enormous amounts of revenue for our federal treasury, but deep water floating offshore wind is our only option. So no, it cannot be open-ended without regulation. We need to make sure that industry is not disingenuous to those it seeks to capitalize on. We need to empower our communities to speak up and ensure that their own needs are met, and also ensure that our ecosystems, both in our oceans and our estuaries, are not destroyed.”

Over the next year, more task forces will meet. Researchers, commerce, labor and environmental groups will push their concerns to reduce harm to the ocean and promote access to commercial interests. Advanced research projects assessing ocean conditions and sea life will be completed and one specific Wind Energy Area (WEA) will be selected. While discussions and debates proceed, innovative technologies will create more sustainable and recyclable products. Will conversations begin to address Commissioner Ward’s concern regarding our nation’s addiction to energy?

The decisions made in the next few years will impact Oregon’s oceanic waters and economic wellbeing for decades to come.

Carolyn Campbell, a former leadership & business coach, left city life four years ago to better understand the rural/city divide. Today she lives and works in rural regions to experience first-hand the issues these communities face and the innovative approaches to solving complex issues.