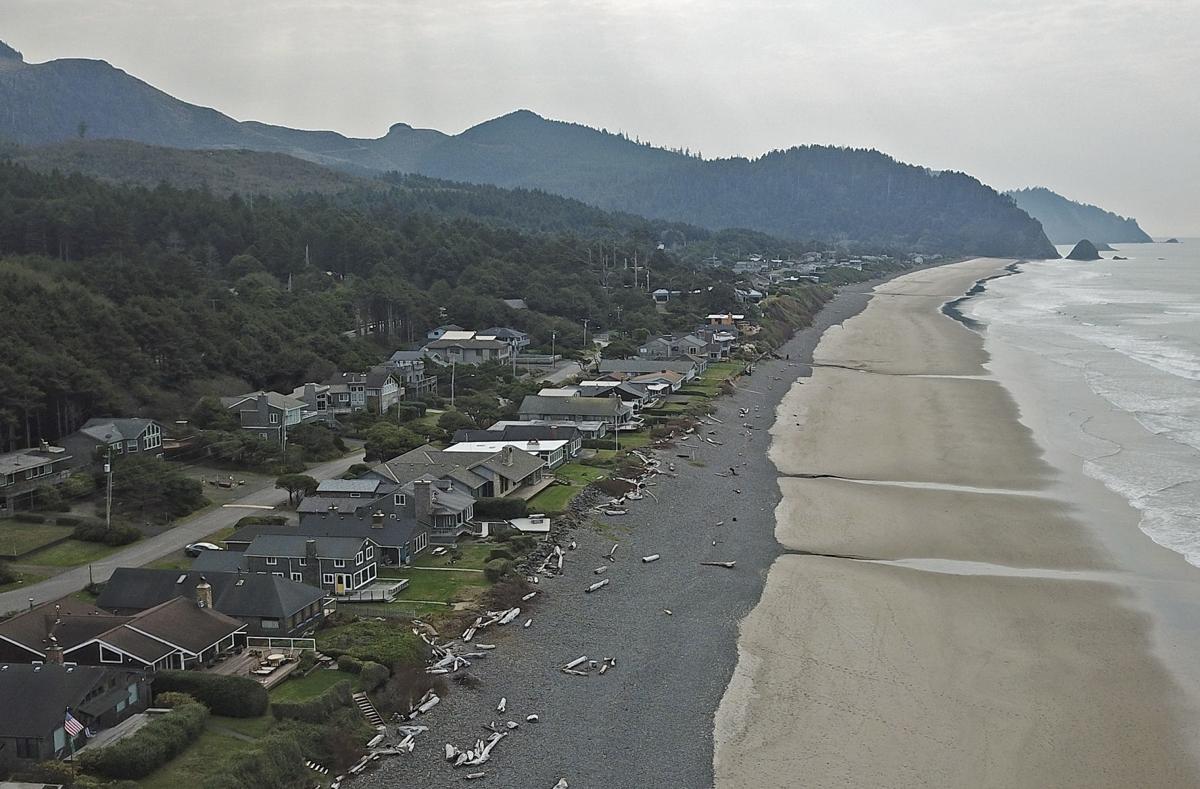 Vacation rental properties line the shore at Cannon Beach on the Oregon coast. 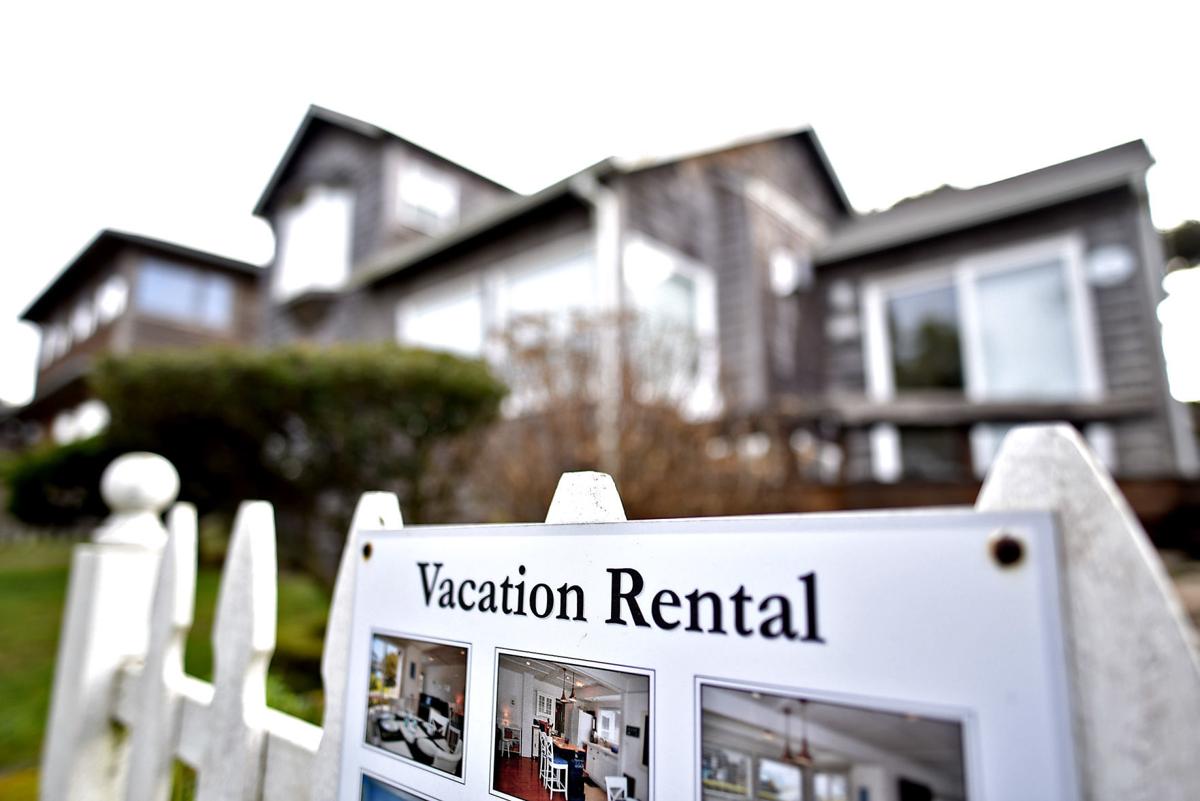 Vacation and short-term rental properties, including many listed on Airbnb, are common in Cannon Beach and surrounding communities in Clatsop County. 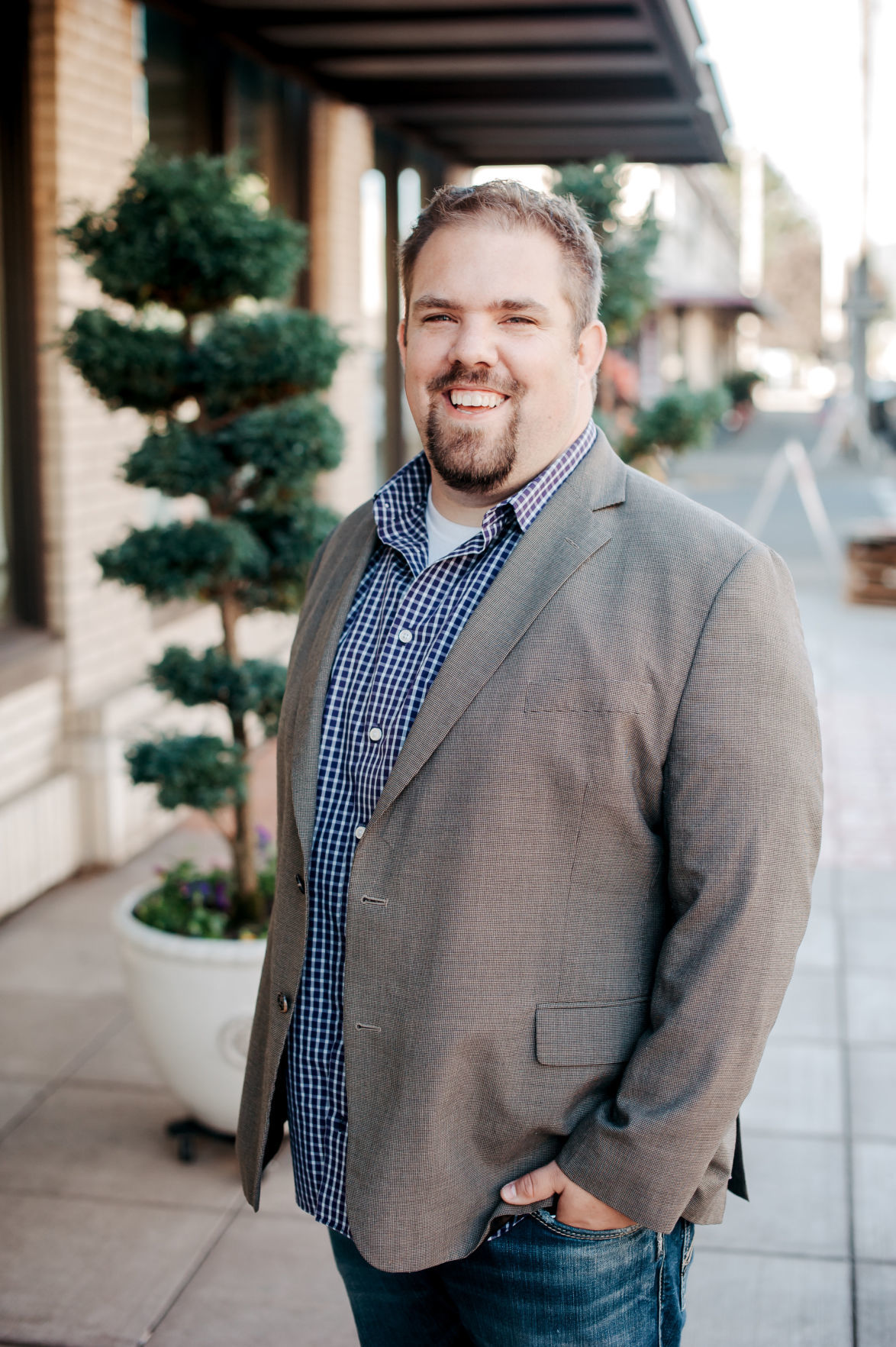 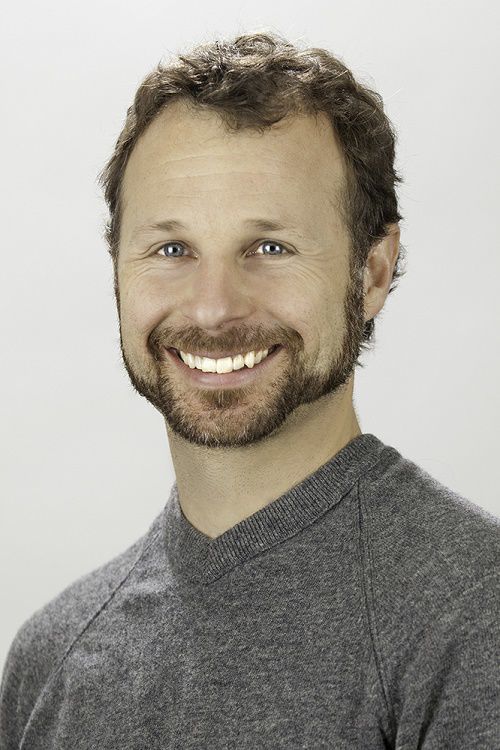 Vacation rental properties line the shore at Cannon Beach on the Oregon coast.

Vacation and short-term rental properties, including many listed on Airbnb, are common in Cannon Beach and surrounding communities in Clatsop County.

As tourism grows along the Oregon Coast, so does the prevalence of vacation rentals.

Much of the success of the vacation rental industry, which is estimated to be worth $36.6 billion nationally this year, can be attributed to online booking platforms like Airbnb and VRBO that conveniently match travelers with private homes around the globe.

But with growing popularity comes concern about the effect vacation rentals are having on housing in tourism-based communities, and whether they are bypassing tax and regulatory controls.

Many cities see the rise of vacation rentals as a contributor to a housing shortage, with second homes or investment property taking up stock that could be used to house long-term residents.

In recent years, vacation rentals have become a focal point in debates over affordable and workforce housing, with most cities attempting to curb the spread through tighter regulations.

Yet many in the tourism industry see targeting vacation rentals as a red herring, since the coastal housing crunch is the product of broader economic and cultural forces.

While every community has approached the issue differently, the goal is consistent: retaining housing for residents.

Some cities with long legacies of tourism — such as Cannon Beach, where 66 percent of the housing stock is second homes, and 20 percent of those are registered vacation rentals — have been dealing with rental regulation issues for decades.

Cities such as Manzanita have capped the number of rental permits issued to 17.5 percent of the housing stock, while places such as Seaside restricted permits to certain zones to limit vacation rentals from creeping into more neighborhoods.

But the issue is also beginning to come to the forefront in cities such as Newport, where tourism has not always been the main economic driver. The city, which instituted its first permitting system about seven years ago, is brainstorming solutions on ways to limit expansion, said Spencer Nebel, the city manager. About 4 percent of homes are registered vacation rentals.

“We’re different than places like Seaside and coastal communities up north,” Nebel said. “We do have a much more diverse economy with commercial fishing, science research folks, etc. It has just developed a little differently.”

Like most cities, vacation rentals came to the forefront of public policy after residents expressed livability concerns: Too many cars parked on side streets; loud parties; rows of dark, vacant houses in the offseason impacting the community feel of a neighborhood.

But as the unemployment rate stays low and jobs remain unfilled, the pressure is on to maintain and create long-term housing for the workers cities are trying to attract.

“I think there’s a legitimate question surrounding how vacation rentals impact that kind of housing availability,” Nebel said. “It’s important we retain housing stock for future residents, and that’s the focus of these discussions.”

What makes a home

Unlike other parts of the country, many coastal communities have housing markets based in large part on external demand rather than on local economic conditions. That demand drives what kind of development unfolds, and puts added pressure on moderately priced homes.

A study from the Oregon Office of Economic Analysis showed that despite the fact coastal counties have built an above average amount of housing between 2000 and 2016, new development has mostly been vacation or seasonal homes. While there was an overall increase in vacation homes, the stock of workforce housing barely increased.

Tillamook County’s numbers were particularly dramatic. Roughly 2,600 new units were built between 2000 and 2014, but the county overall lost more than 100 units of nonseasonal housing.

Though not all of the seasonal homes are rentals, the disparity still impedes a city’s ability to do long-term planning for new workforce housing.

“A house is a house on paper. It’s hard to say we need to expand the urban growth boundary for affordable housing when you technically have enough houses,” said Erin Doyle, of the League of Oregon Cities. “These houses exist in the supply but are not being used for residential purposes. When you’re trying to find land you have to justify the need, and without a better understanding of how many of these homes are commercial versus residential, you can’t get data to justify UGB expansion.”

One of the questions often raised is whether rental property could ever be accessible to average residents. Marcus Hinz, of the Oregon Coast Visitors Association, argues the impacts of vacation rentals on the housing market have been exaggerated.

“Our whole nation is dealing with this,” Hinz said. “It’s a bit of a red herring to blame the visitor industry for the housing shortage. If you examine a lot of these vacation rentals, (the owners) would never rent it to a worker. An average worker would never be able to rent it.”

Hinz argues vacation rentals should be seen as an economic anchor for the visitor industry for the property tax and lodging tax revenue they generate. Rentals can also offer an alternative for communities that can’t or don’t invest in hotels or other resort properties.

“In finding a solution, I think we need to look forwards instead of looking backwards,” Hinz said. “Local leaders need to examine land use laws, housing codes, ordinances … and have them fit the needs of a changing economy.”

There are cultural factors to consider, as well, said Justin Aufdermauer, executive director of the Tillamook Chamber of Commerce. Limiting rental permits won’t change the fact the coast has a culture of second-home ownership, with people investing in properties for their retirement years rather than seeing the homes as a rental business.

Development culture needs to change, too, and should be shifted toward attracting developers to build multifamily complexes that increase density and are less likely to be turned into short-term rentals.

Focusing on limiting vacation rentals on single-family homes, he said, will do little to influence affordability.

“From a surface point of view, sure, I’ll buy a $500,000 house if I know I can make money off a rental, but that doesn’t change the assessed value of the house from the government,” Aufdermauer said. “They assess real market values.”

‘A straw in the bundle’

Sheila Stiley, executive director of the affordable housing nonprofit Northwest Coastal Housing, disagrees, arguing the demand for homes on the coast takes properties off the market that could be affordable to average families.

Though some places like Cannon Beach, with a median home price of more than $550,000, will struggle to be affordable, areas like Lincoln County, where Stiley is based, has a median home price of about $277,000. It’s a price that could still be attainable for some of her clients if the homes were not being taken off the market to be used as vacation rentals.

“We’re denied wonderful people trying to work in this community because we don’t have the supply,” Stiley said.

As cities continue to struggle with housing, Oregon Office of Economic Analysis projections predict change is unlikely to happen unless there are significantly different construction trends or a sizable reduction in demand — patterns that are unlikely to occur until the next recession.

But making existing housing more available is at least a place to start.

“There are a lot of reasons for the affordable housing crisis, but rentals is one more straw in the bundle,” Doyle said. “Things we can’t control are things like the availability of the workforce. But what we can do is say the units that we do have need to be available. That’s something we can regulate.”

Brenna Visser is a reporter for

The Daily Astorian, the Seaside Signal and the Cannon Beach Gazette.