Skip to main content
You have permission to edit this article.
Edit
Home
Subscriber Services
Cover Story
The Land
Making a Living
The Culture
Features
Views
e-Edition
Share This
1 of 7 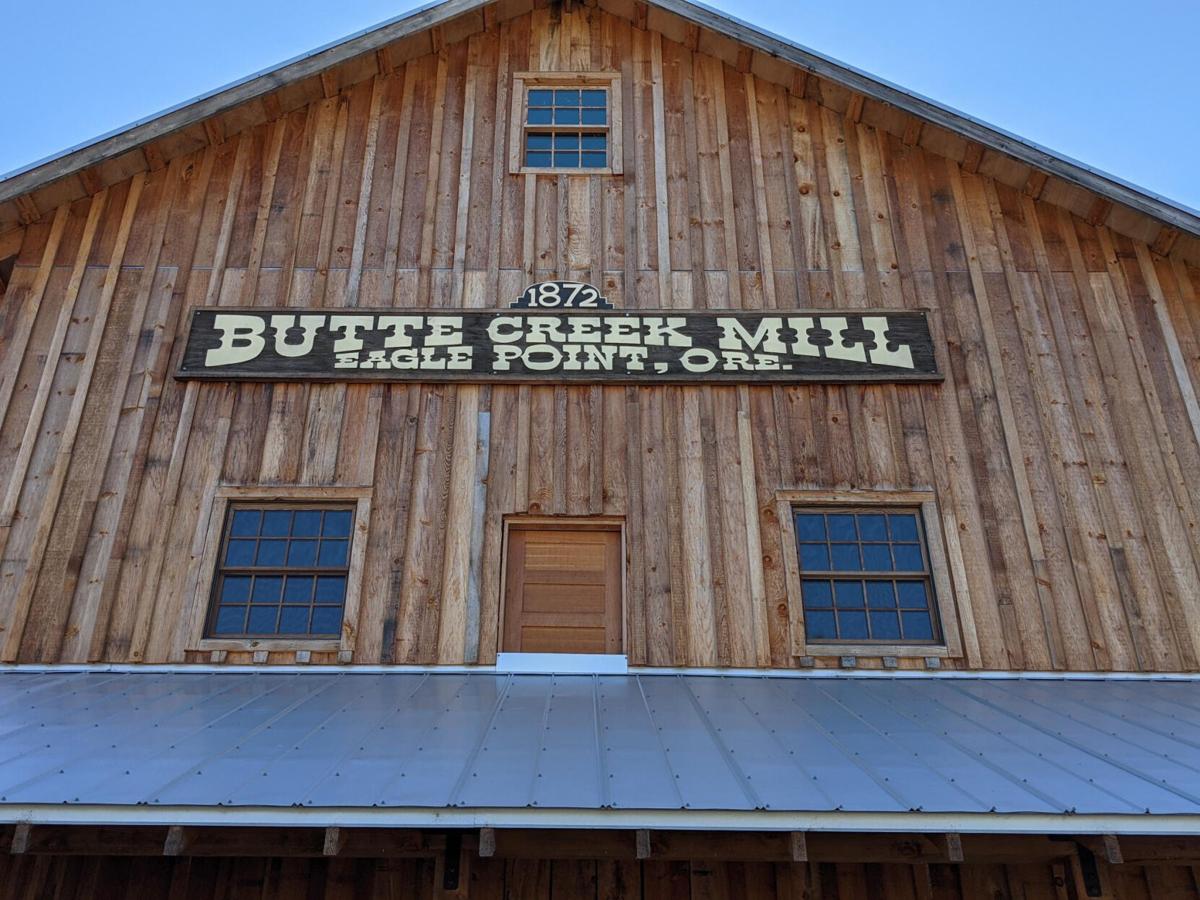 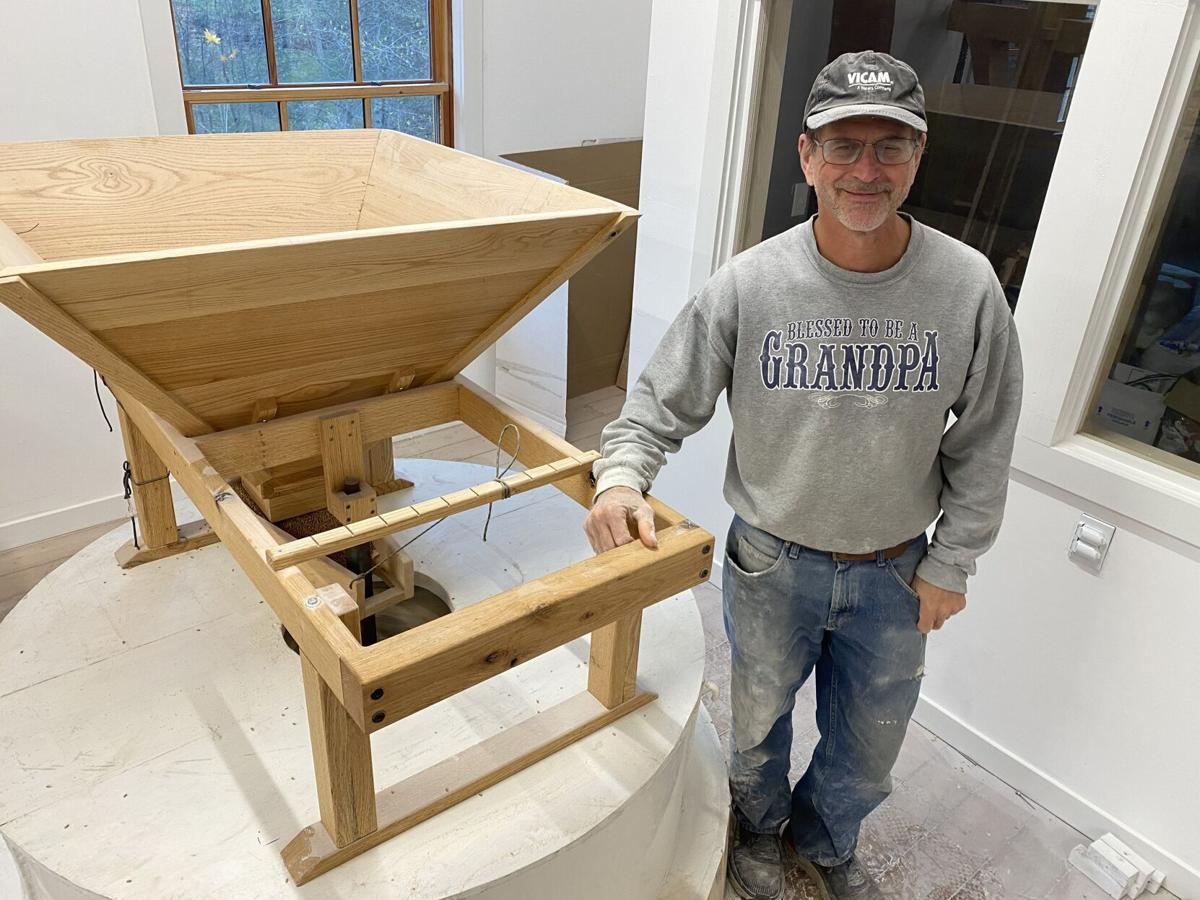 Mike Hawkins, who served as a miller for Butte Creek Mill for 28 years, was back at it, milling again in Eagle Point in November. Hawkins has worked for Bob's Red Mill in Milwaukie, Oregon for the past five years. 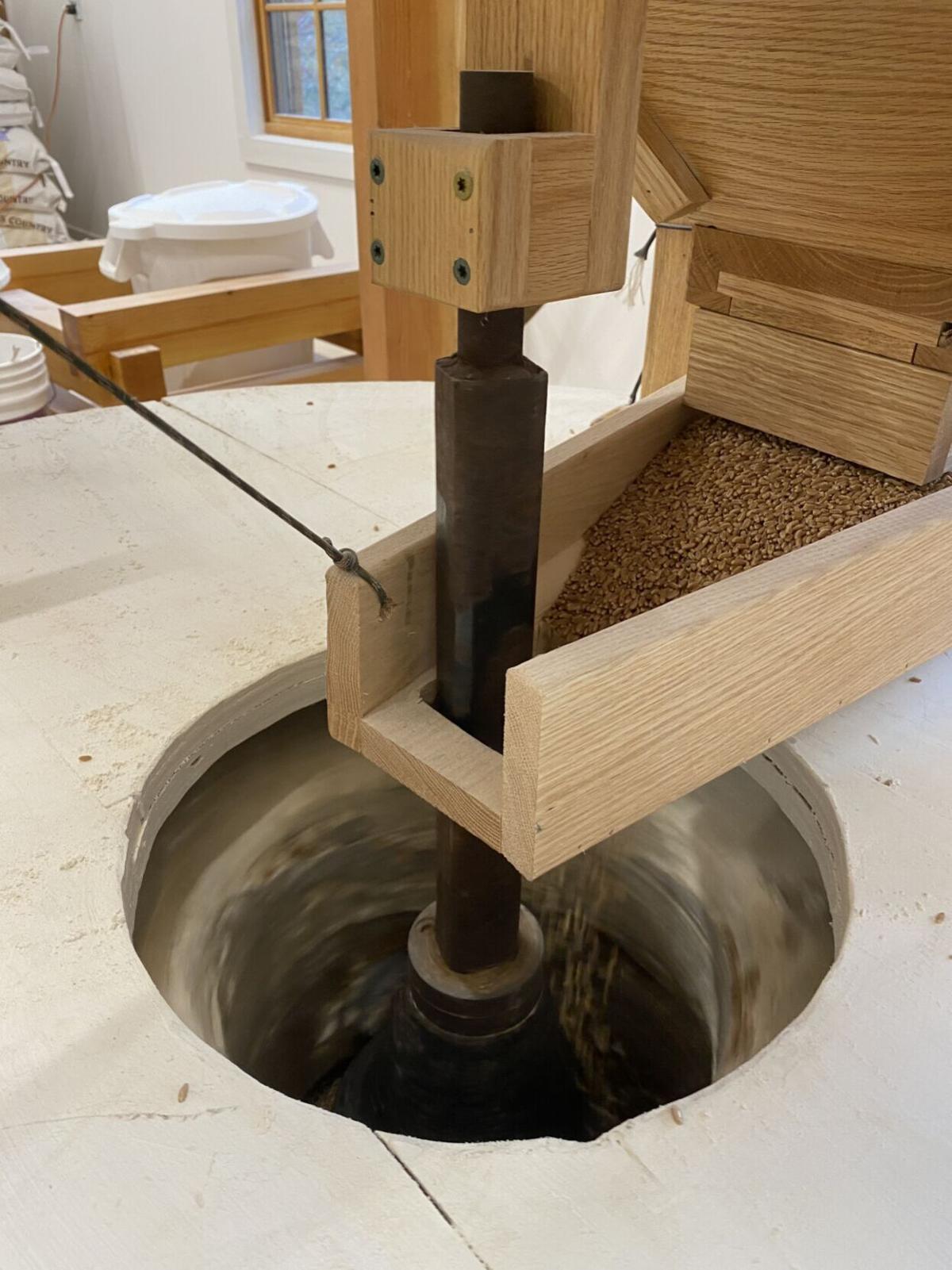 The mill uses a primitive process to grind the wheat into flour and requires skill and attention to detail. The wheat flour is then used to mix into numerous secret recipes used by Butte Creek Mill. 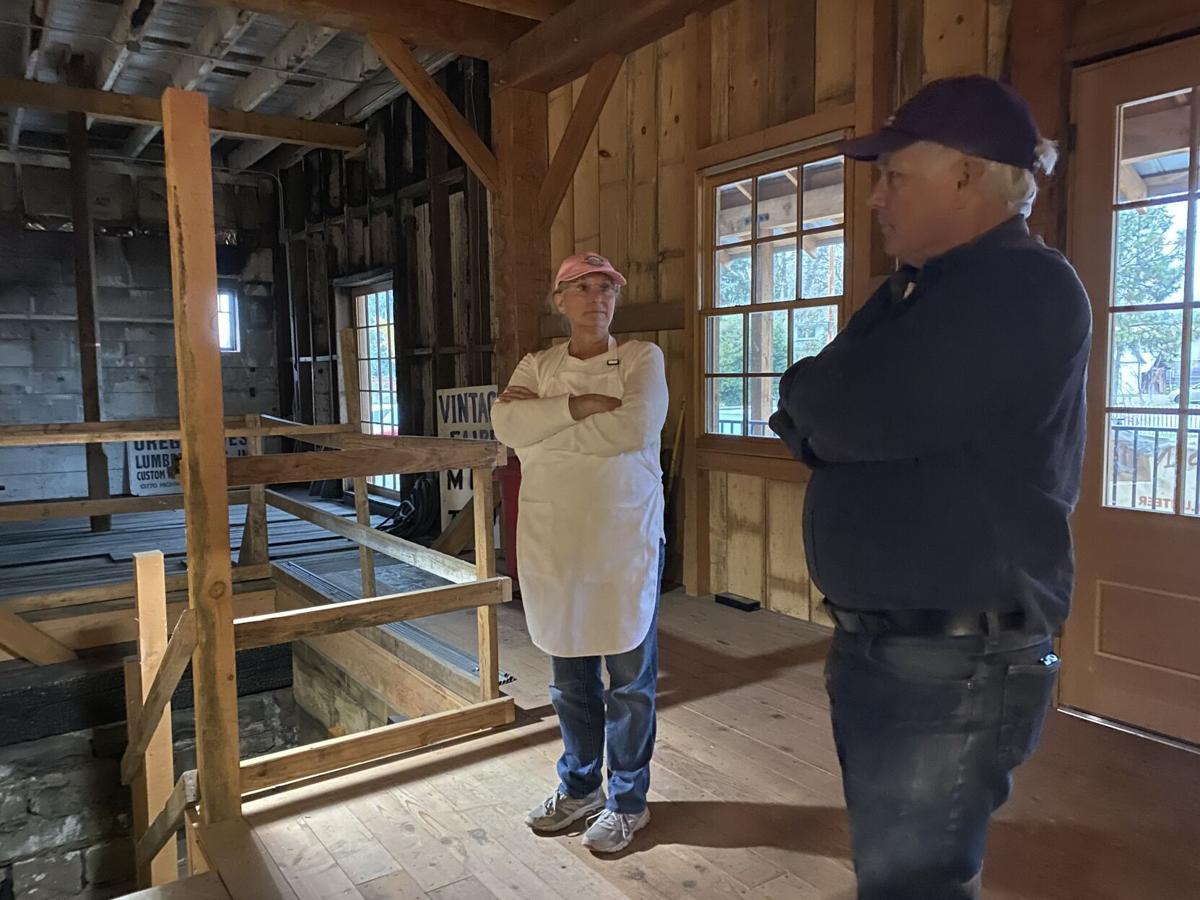 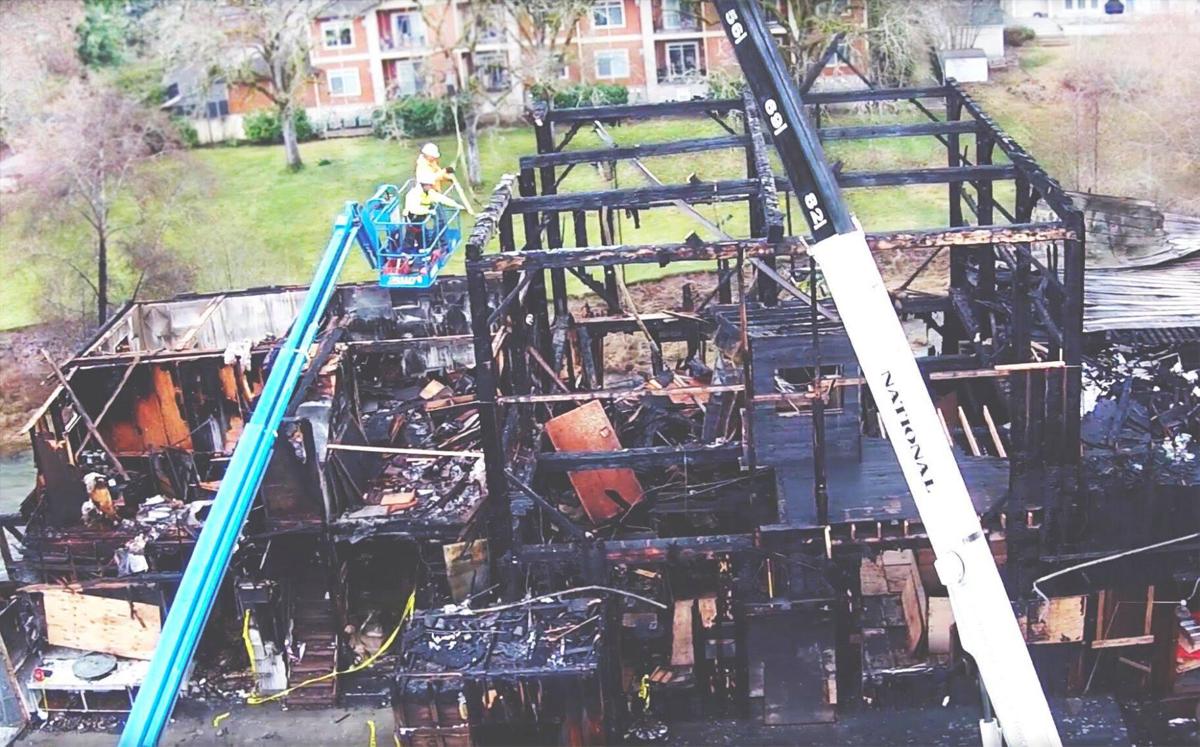 Fire personnel clearing out the general store after the fire. 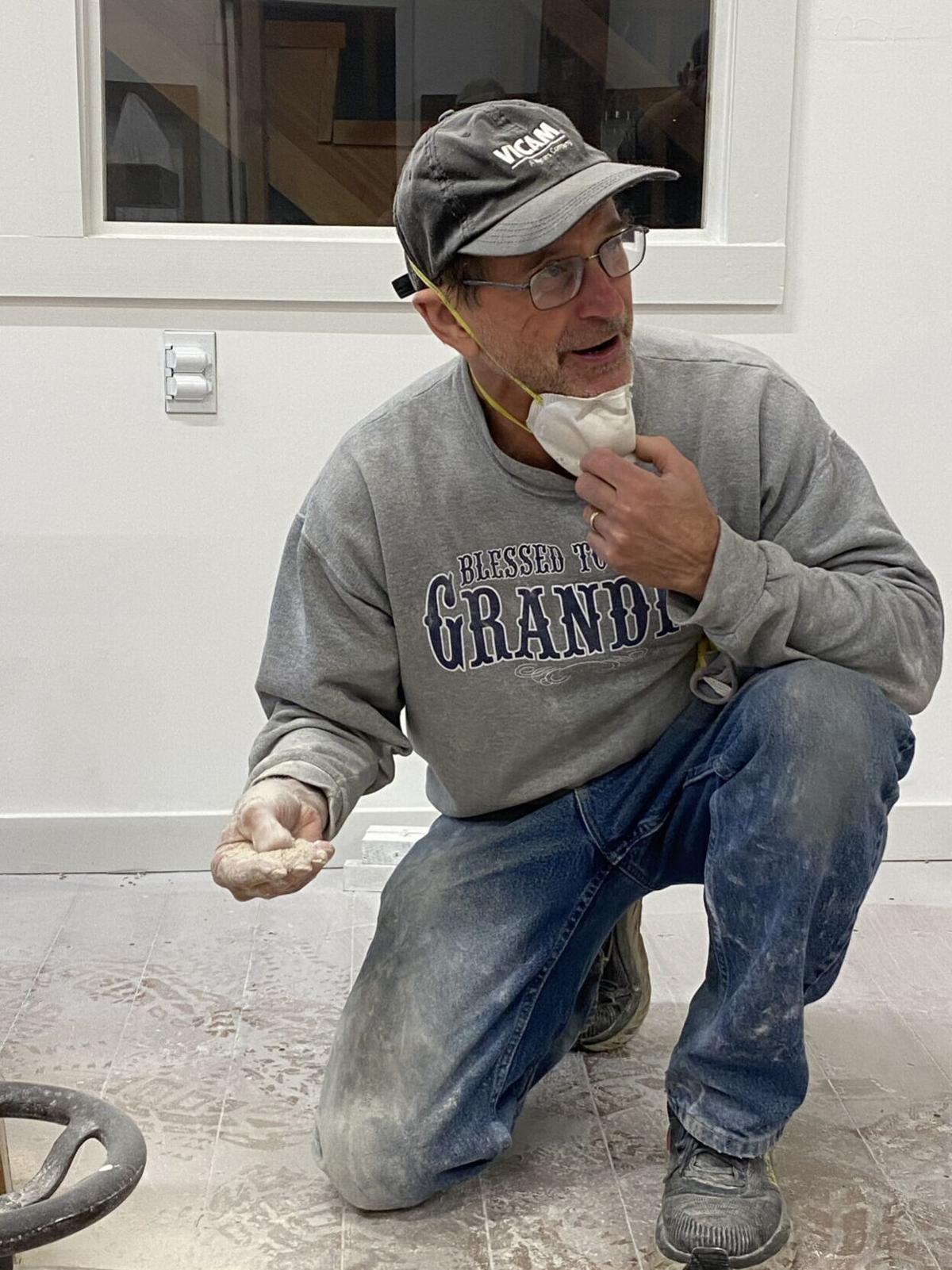 Mike Hawkins, a former miller for the Butte Creek Mill, tests the flour between his fingers as he mills the wheat in mid-November. 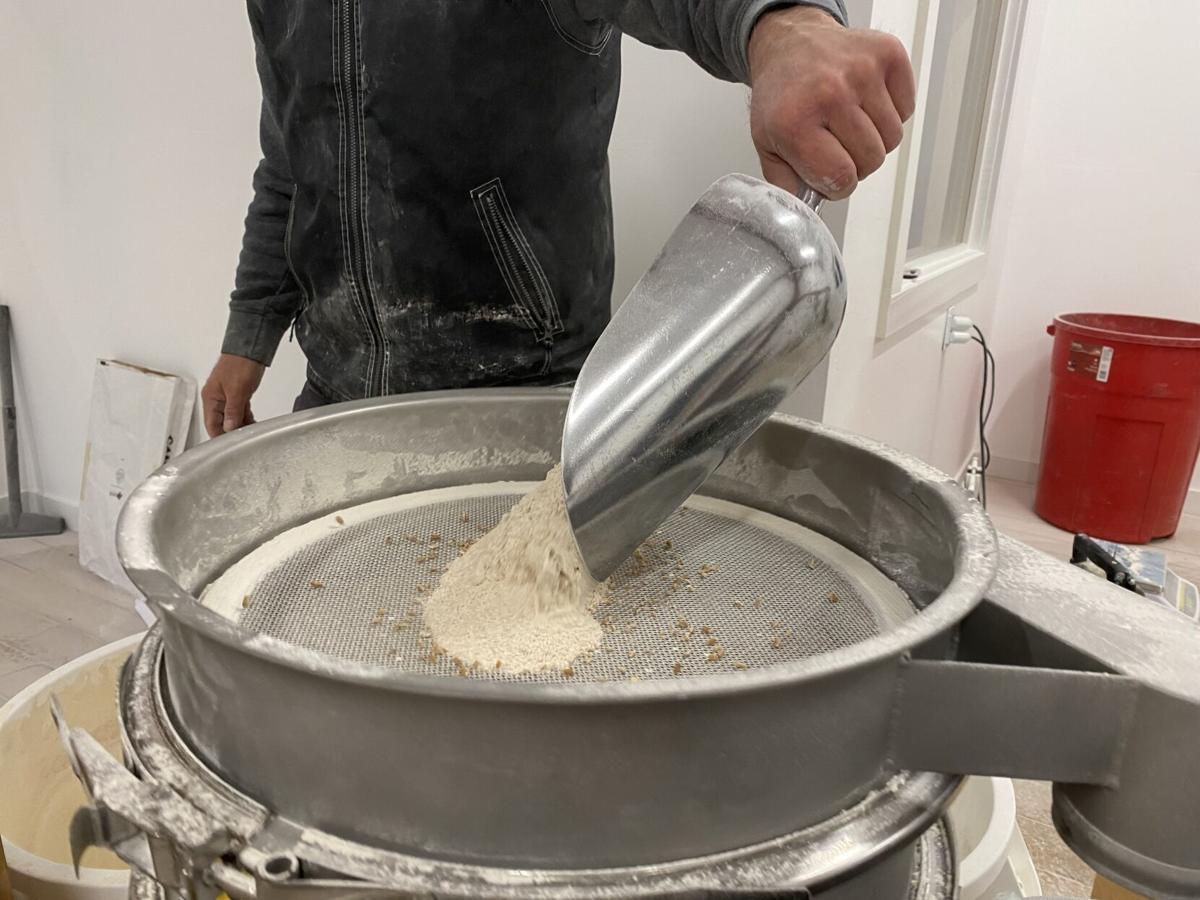 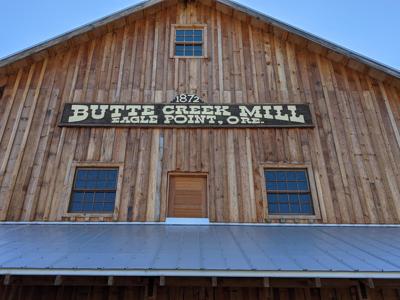 An electrical fire destroyed most of the original Historic Butte Creek Mill in Eagle Point on Christmas Day 2015, but this fall, after extensive renovations and construction, volunteers are grinding wheat flour in the mill.

The mill, built in this southern Oregon town in 1872 and powered by Little Butte Creek, is listed on the National Register of Historic Places as the last commercially operating water-powered grist mill west of the Mississippi River.

The Butte Creek Mill Foundation and its many volunteers and sub-contractors have been leading the charge to restore the mill to be fully operational for the past several years. Reconstruction is about 75 percent complete.

The $3.1 million rebuild project is slated to be completed in the fall of 2022, or when funding goals are met, according to Jay O’Neil, chair of the Butte Creek Mill Foundation.

The foundation, which now owns the mill, needs $1.08 million to complete the mill reconstruction.

“This has been sitting here as a building project for six years and I know a lot of people in the community keep asking … is it ever going to be rebuilt?” O’Neil said. “We’re trying to show the community, we are making positive progress.”

The millstones, which grind the wheat into flour, were unharmed in the 2015 blaze. With the approval of the Oregon Department of Agriculture, volunteers last November tested the millstone, according to Therese Hoehne, Foundation board secretary.

Mike Hawkins, who served as miller at Butte Creek Mill for 28 years, was contracted to mill the wheat to get products ready for sale.

Hawkins said he will be thrilled to see the mill up and running commercially again.

"It's kind of somewhat of a center for the community," Hawkins said. "And they're making good product that's healthy for people."

Almost two tons of wheat was ground over the course of the one weekend in mid-November, enough, O’Neil said, to “show the community that the mill’s alive again.”

It’s a sweet sight for volunteers and board members alike to see the millstone at work once again.

The millstones are powered by water that is channeled through the mill from Butte Creek.

“We borrow the water for a third of a mile, it powers the turbine and it exits back into the creek,” O’Neil said.

Before the mill burned, it made use of a non-consumptive water right held by Bob Russell, who owned the mill at the time. After the fire, he sold mill to the Butte Creek Mill Foundation, but without the water right.

The water right was sold this year to Trout Unlimited, an environmental organization based in Ashland. O’Neil said the foundation negotiated the use of the water with Trout Unlimited, allowing the mill to remain water powered.

The mill has been a significant draw for tourists due to its proximity to Crater Lake National Park via Highway 62. But it’s also important for locals for whom it has been part of the community for more than 100 years.

“We want to restore it to the historic and prominent status that we had (prior to the fire) but most of all, we want to bring it back for the community,” O’Neil said.

“If you came down here to buy a bag of something (prior to the fire) and you ran into two or three friends, people would just sit on the front porch and congregate so it really was a bit of a community center as a mill and a store.”

A new community room has been added, with windows overlooking the creek that powers the mill. Another major part of the new floor plan is a restored country store, which O’Neil says, will make you “think you’re in the 1800s.”

Products produced at the mill are available on its website, buttecreekmill.com. The foundation is also taking tax-deductible contributions to cover remaining costs.

“It’s almost like starting a new business because the mill’s been out of commission for six years, so we have to rebuild the business.”

Though paid contractors are doing the electrical, plumbing and construction work, the mill has no paid employees.