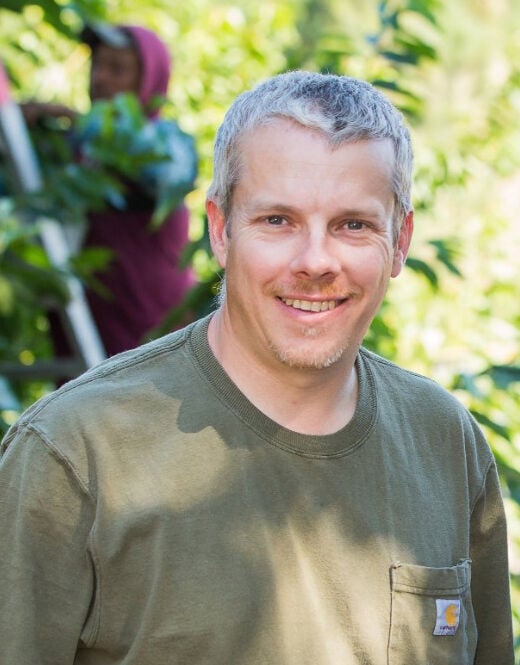 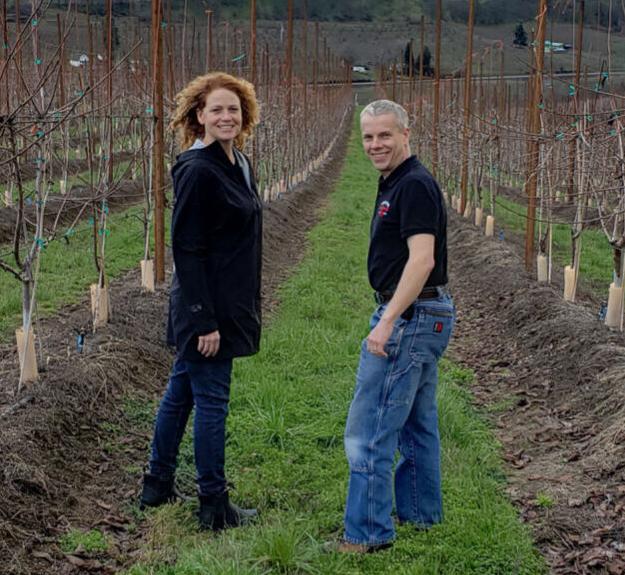 Brenda Thomas, left, with Mike Omeg, right, in an orchard. 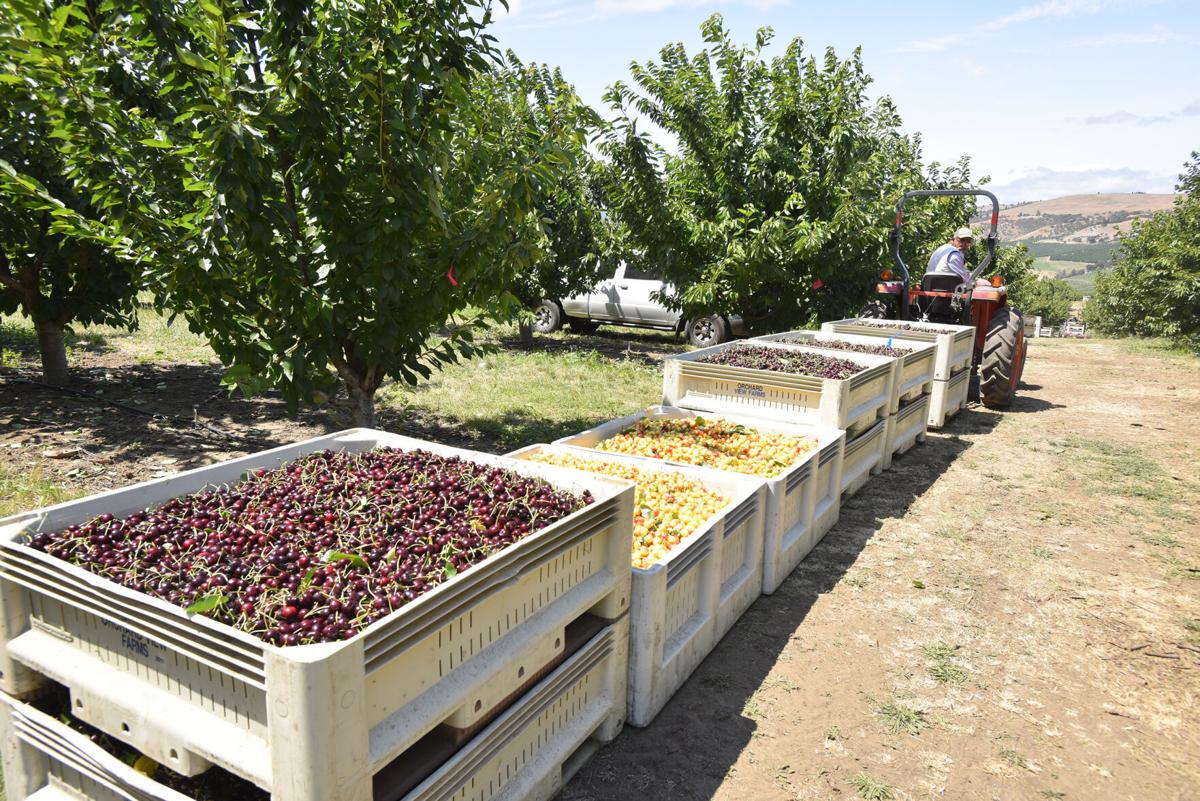 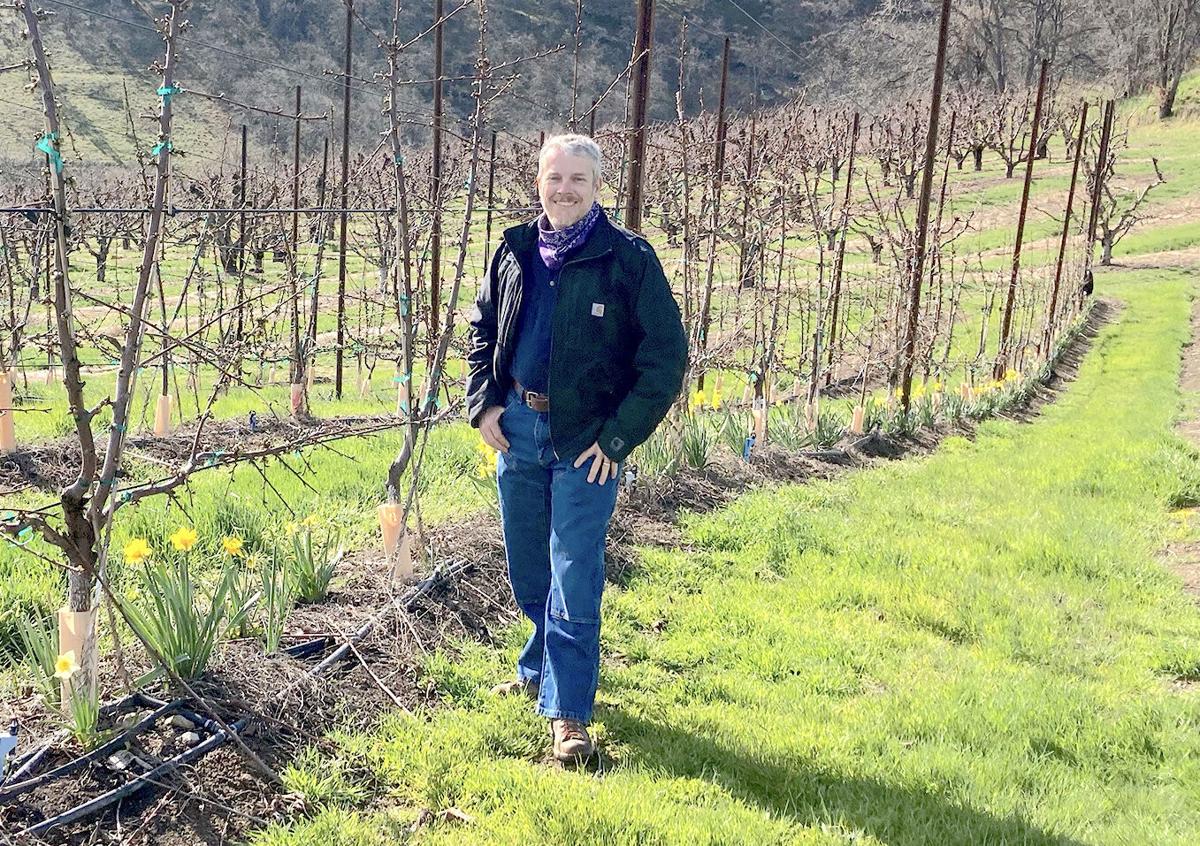 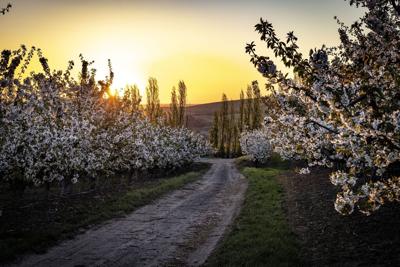 Pressure was building: Laborers were hard to come by, the cost of doing business was catapulting and each year brought new regulations — yet the price Oregon growers got paid for cherries remained relatively stagnant, so profit margins were tight.

It was 2017, and Mike Omeg, a fifth-generation grower in The Dalles, felt the squeeze.

"It was an awful year," said Omeg. "I knew if I kept at it, I'd erode my family's savings and land assets."

He braced for one of the hardest decisions of his life: to sell the farm, a property that had been in his family since 1908.

He knew that if he sold to an outside firm or private investor — a trend becoming common in Washington state — he risked the farmland being misused or permanently shifted out of agriculture, which worried him: "I felt they didn't understand cherries or farming." But what choice did he have?

"I needed to either become vertically integrated with a packing facility of my own, or I needed to buddy up with somebody," he said.

Omeg's saving grace came through his longtime neighbor, Brenda Thomas, who ran nearby Orchard View Farms, a cherry operation with orchards and a packinghouse.

Thomas offered to lease Omeg's 350 orchard acres long-term, allowing Omeg's family to retain ownership of the land. She also offered to hire Omeg as a manager.

Omeg said he's "absolutely thrilled" he was able to join forces with another grower rather than sell to an outside investor.

Stories like Omeg's are becoming increasingly common in Oregon's tree fruit industry, where it's becoming difficult for small, family-owned farms to run independent operations against a backdrop of labor shortages, intensifying regulations and mounting expenses.

According to data from the U.S. Department of Agriculture and county assessors' offices, investors, both domestic and foreign, have bought thousands of orchard acres across the West in recent years. Washington state especially has seen a mass influx of capital, where investors have ranged from billionaires like Bill Gates to foreign entities like the Ontario Teachers' Pension Fund.

Experts say Oregon is also under pressure to consolidate, but farms on this side of the Columbia River are fighting hard to resist outside corporate investment. Here, consolidation is taking on a different flavor: partnership between farms.

"We've certainly seen more neighbors leasing property to other neighbors, and more partnerships," he said. "We're just not seeing the level of huge consolidation we see in Washington yet. We're hoping we don't get there."

Thomas, president of Orchard View Farms, represents this trend: She now leases orchards from about 20 farms, including Omeg's.

Stringing the leases together under Orchard View's umbrella has allowed sharing of resources, infrastructure and employees.

In turn, the orchardists Thomas leases from have been able to retain and live on their properties, and some, like Omeg, have come to work for Orchard View.

"As times get tougher, we have to combine our resources," said Thomas.

Leaders in the pear, apple and cherry industries say some Oregon growers have remained independent and profitable through other means, including through agritourism, by creating value-added products or by selling into the organic market.

Experts, however, expect consolidation to continue.

"There hasn't been a lot of outside investment here yet, but I think it's coming," said Omeg. "I just hope other growers are as fortunate as I've been. You need to find someone to partner with who shares your vision for your lands — and that's hard to find."