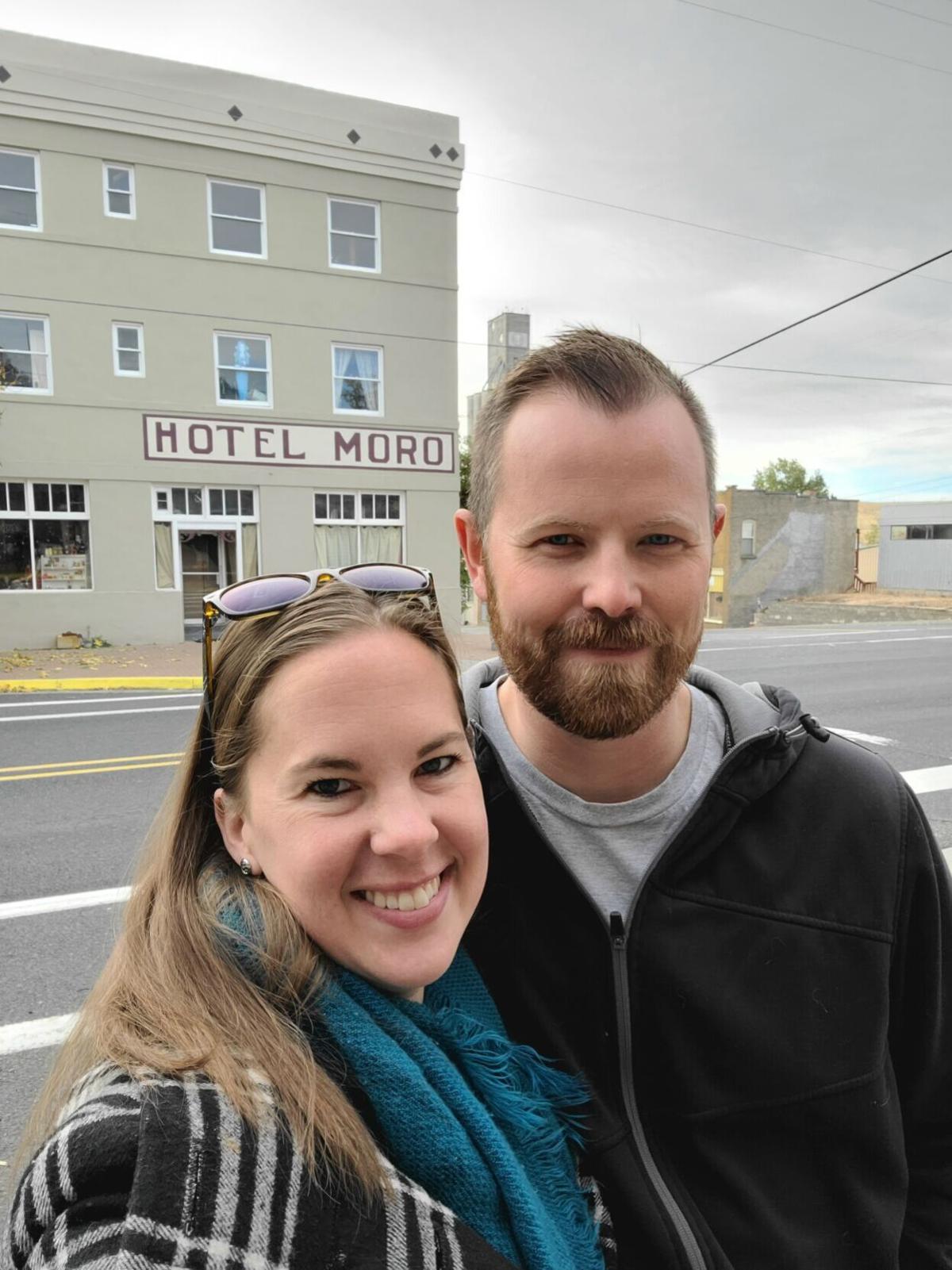 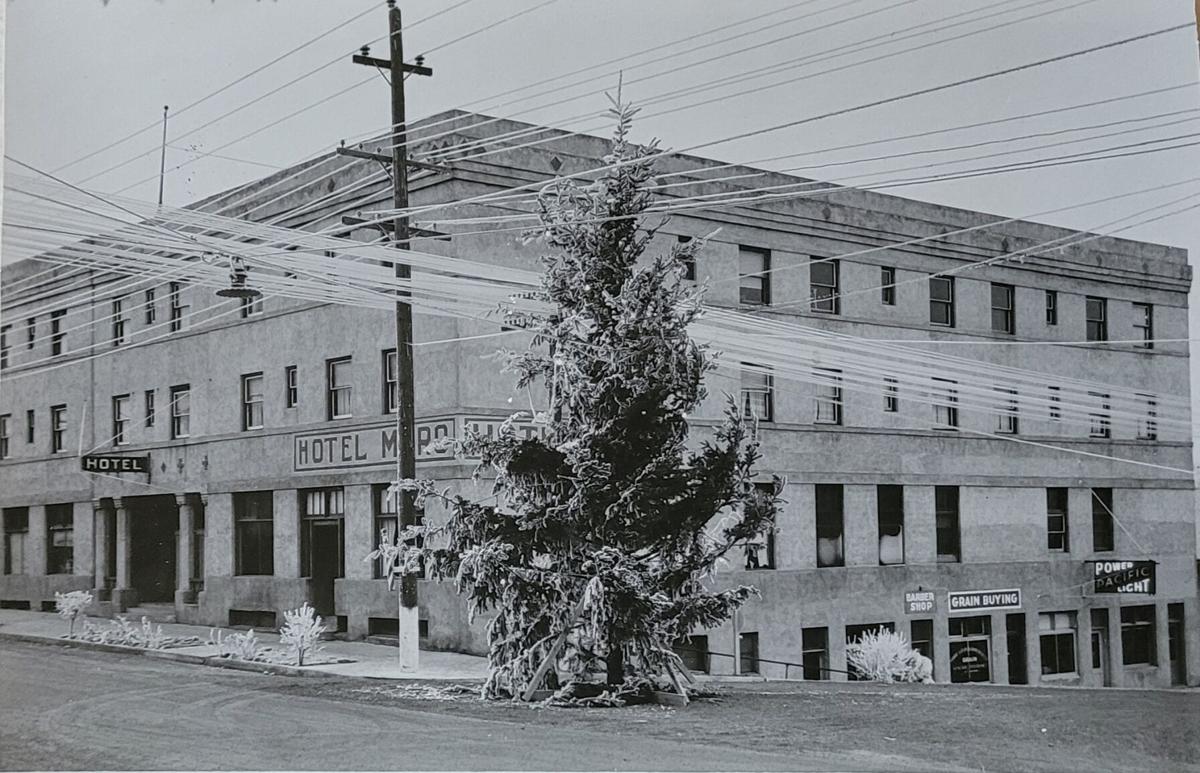 The Hotel Moro in days gone by. 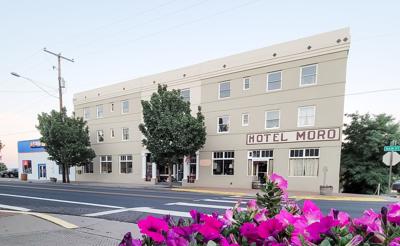 An Eastern Oregon couple is working to revive a century-old building in the middle of Moro in addition to fostering a sense of place for those in this Sherman County community who call the town of 335 people home.

Amanda and Travis West always hoped to get into the rental property business, but weren’t sure where to begin.

After moving to Moro from Klamath Falls, where Travis served at Kingsley Field, they found just the right place: the Hotel Moro, located along Highway 97 about 40 miles from The Dalles.

The building — built in 1921, according to local lore — has long been an antique store since its days as a hotel, but had fallen into disrepair in recent years. Over the years, it also served as an ice cream parlor, a hotel and teacher’s quarters, according to the couple.

Amanda saw the restoration opportunity first. She would drive by the hotel on trips to neighboring Grass Valley, and even told her mother-in-law about plans she had to buy and restore it.

Last fall, a sign popped up in the window announcing the opportunity — it was for sale.

“It was kind of just like everything we wanted,” Travis said, who was quickly on board with the idea.

The couple purchased the building, and have plans to convert the lower half into a coffee shop with the brand likely to be called Hotel Moro Coffee Co.

“We’re envisioning a nice, comfy place to hang out and drink some coffee,” Travis said.

The couple also plan to convert a former dining hall space in the building into an event room. Having a space for fellow parents in town to meet together, especially during the winter months is part of the plan. The room can also serve as a place to hold events such as small receptions or organizational meetings.

The Wests and their four children, ages 3 to 10, are in the process of moving into the 24,000-square-foot, three-story building themselves. Their in-laws have moved into the building as well. The Wests have also refurbished and have rented out three studio apartments in the building.

Travis and Amanda are handling the majority of the renovation work themselves, though at the time of the interview, were seeking electrician and plumbing services.

“We knew it would be a lot of work,” Travis said. “It’s so old, a lot of the plaster’s falling apart. There’s a lot of the old electric system still in place."

It’s also expensive. The couple welcomes donations for the project but are also seeking outside grant funds to finish it.

They plan to open the coffee shop and meeting space in 2022, depending on how renovations go.

The hope is to keep the tradition of the building alive for years to come, offering coffee and a sense of place.

“I love the old buildings and the character that they have,” Amanda said. “It’s so rewarding to … (bring) life back into a building that’s been so neglected for so long.”