You have permission to edit this article.
Edit
Home
Subscriber Services
Cover Story
The Land
Making a Living
The Culture
Features
Views
e-Edition
Share This
1 of 8 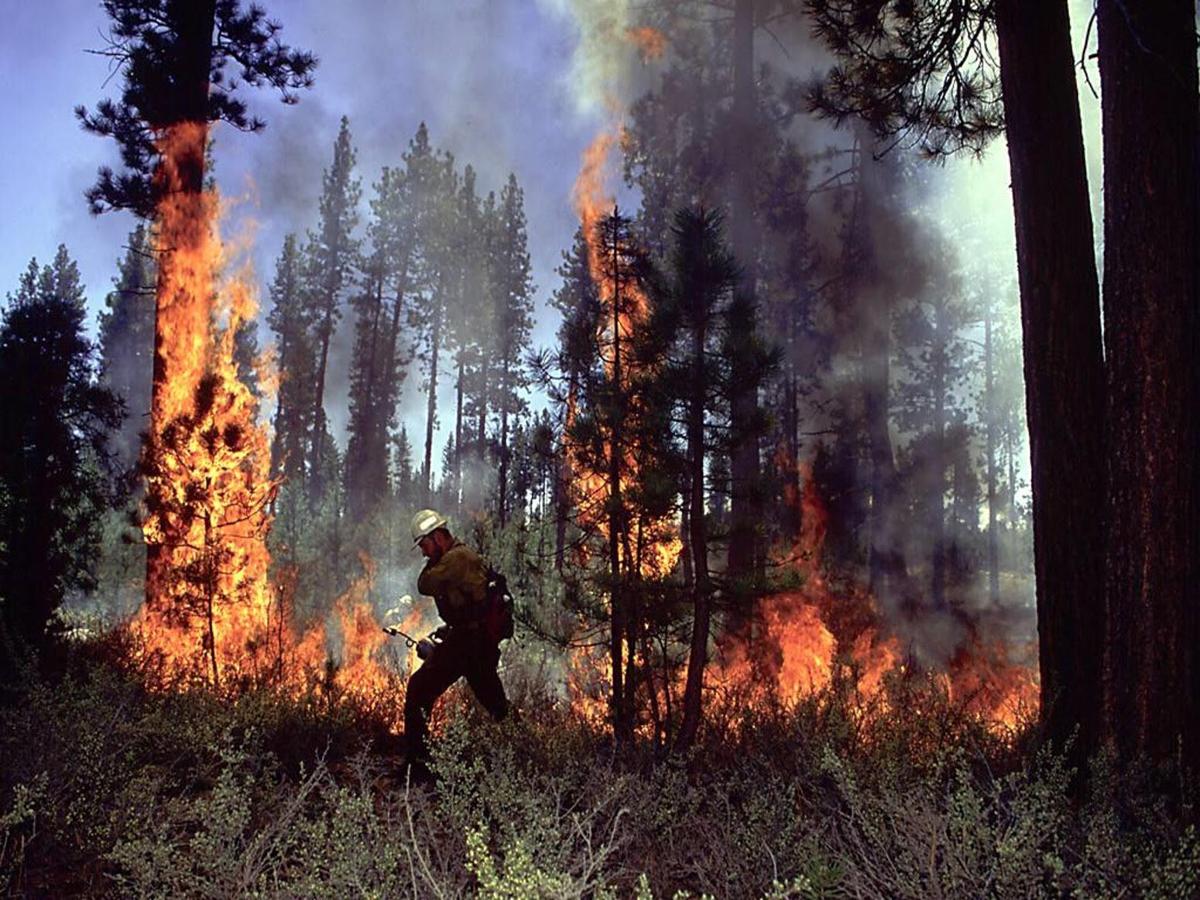 The U.S. Forest Service carries out a prescribed burn to reduce the understory fuel load. 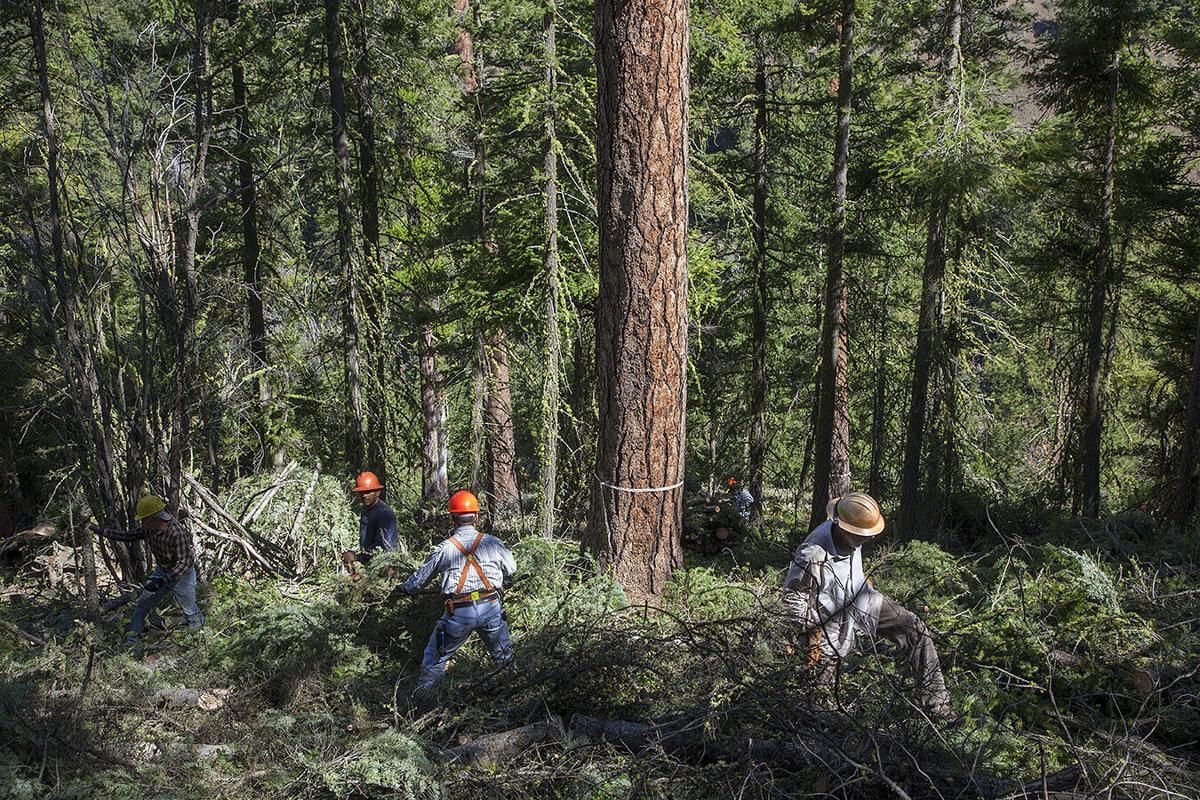 A U.S. Forest Service crew on a thinning project. 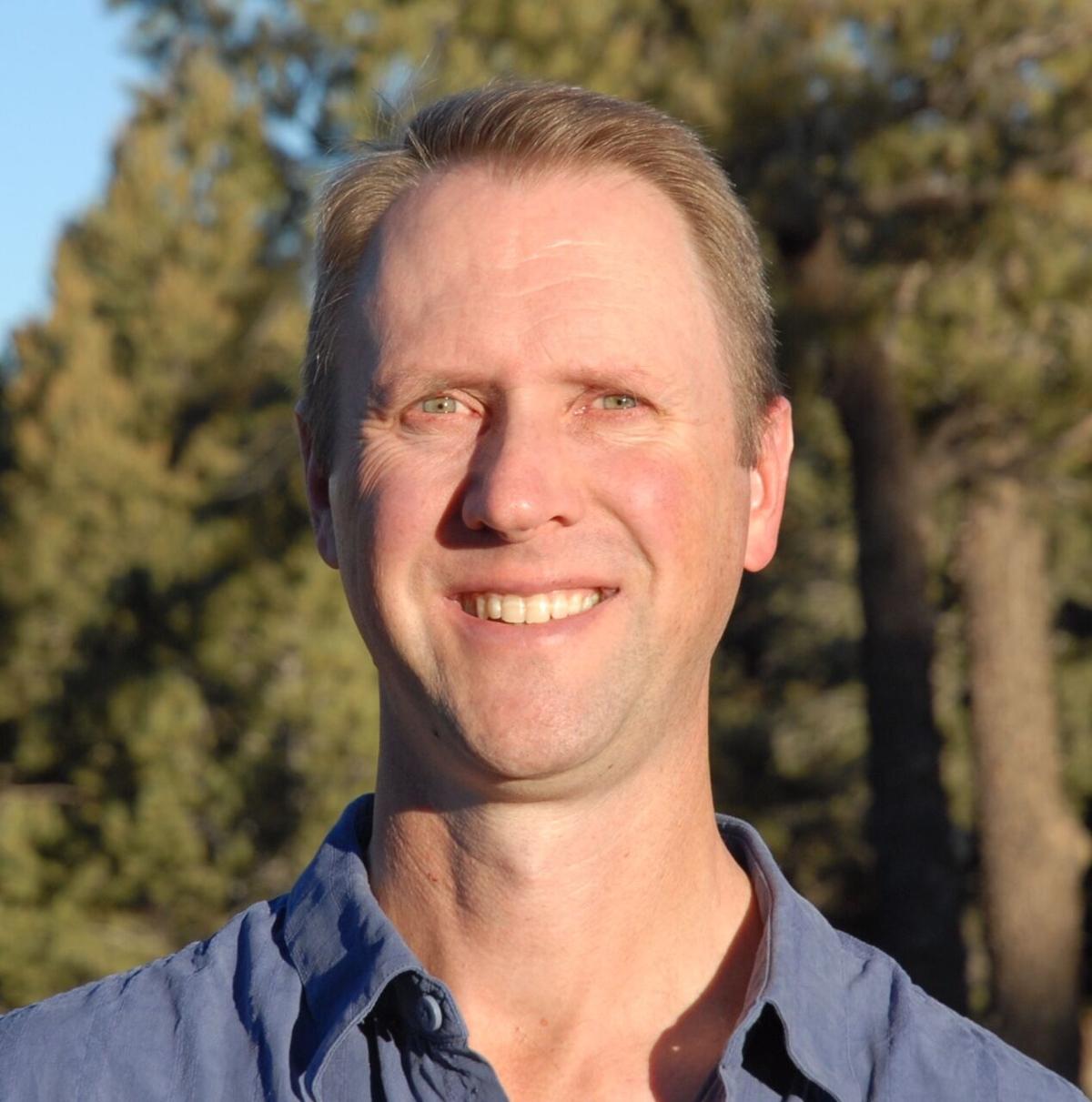 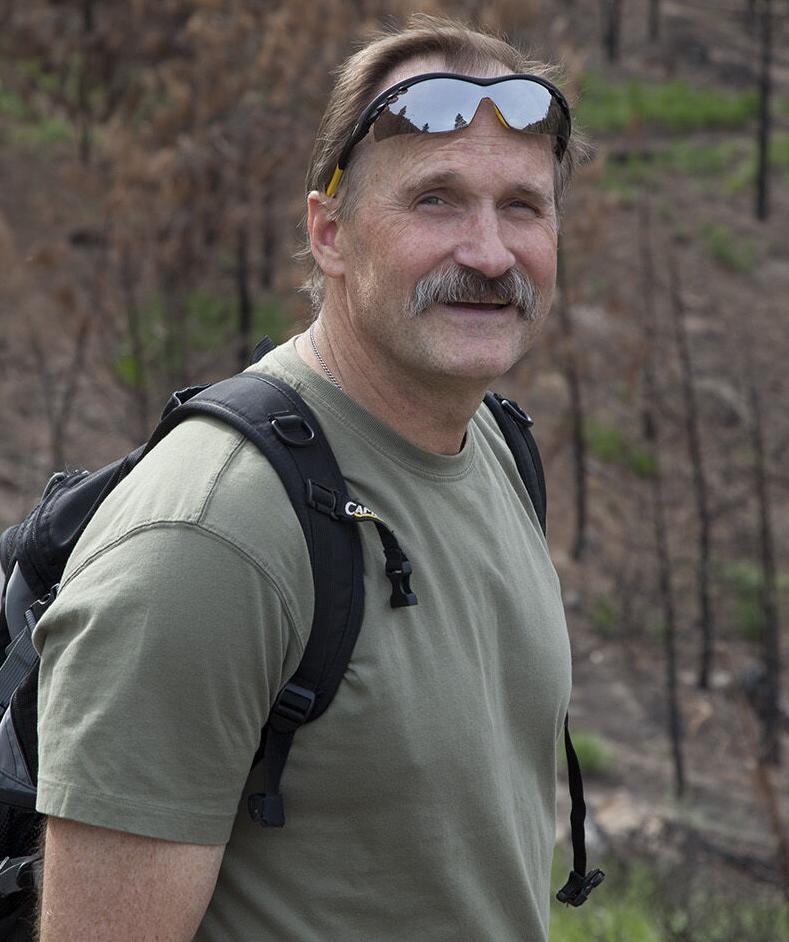 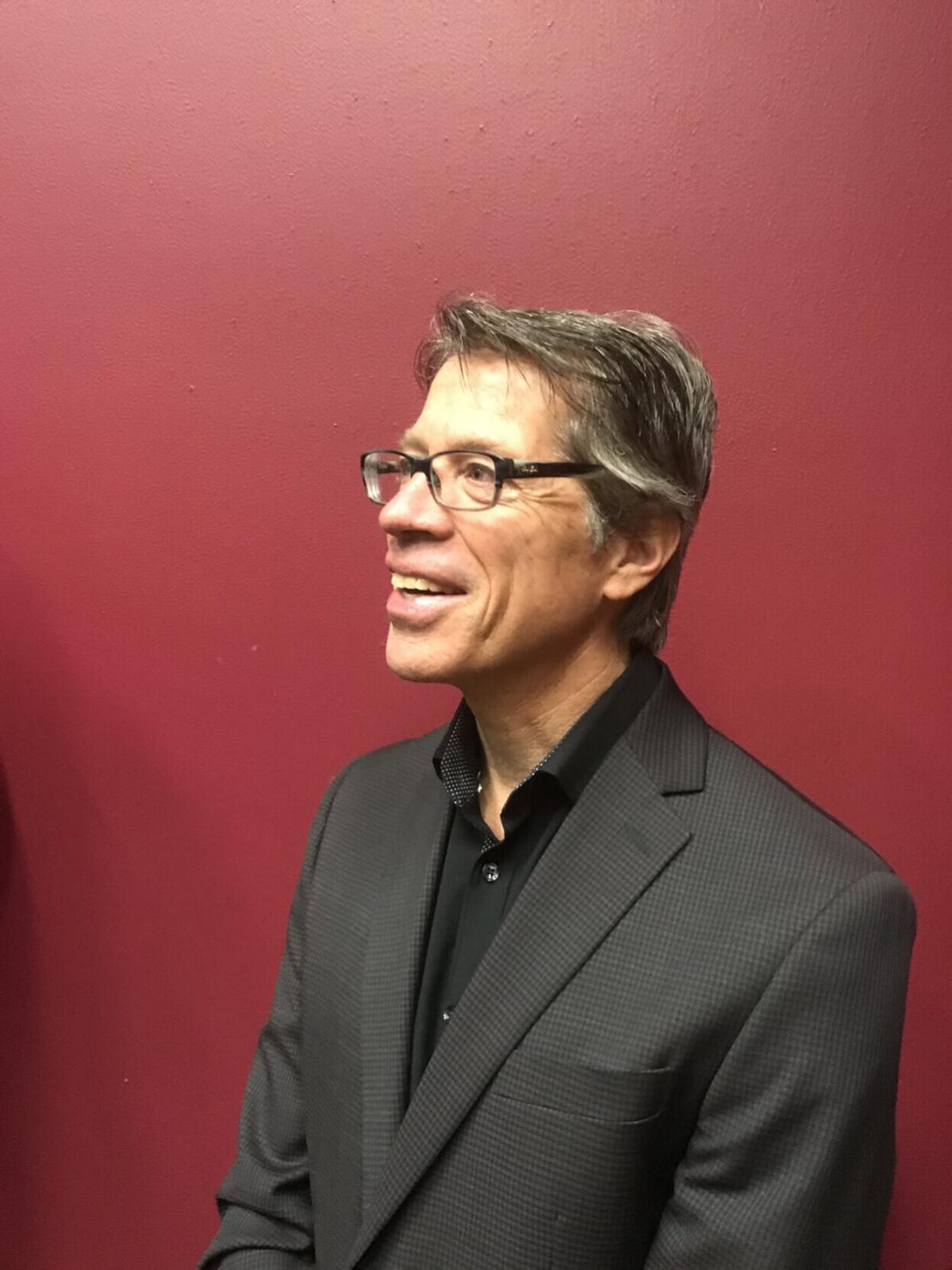 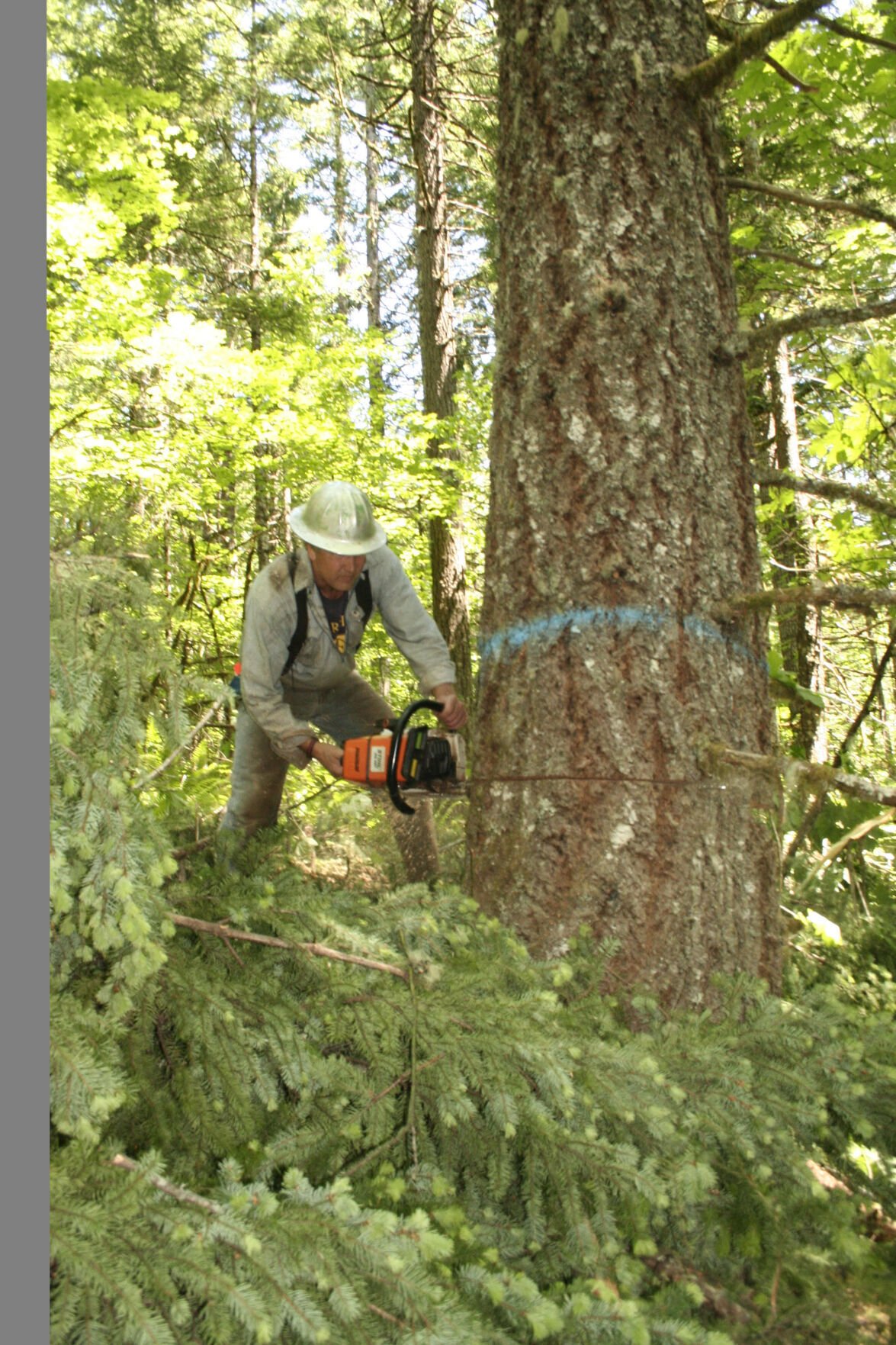 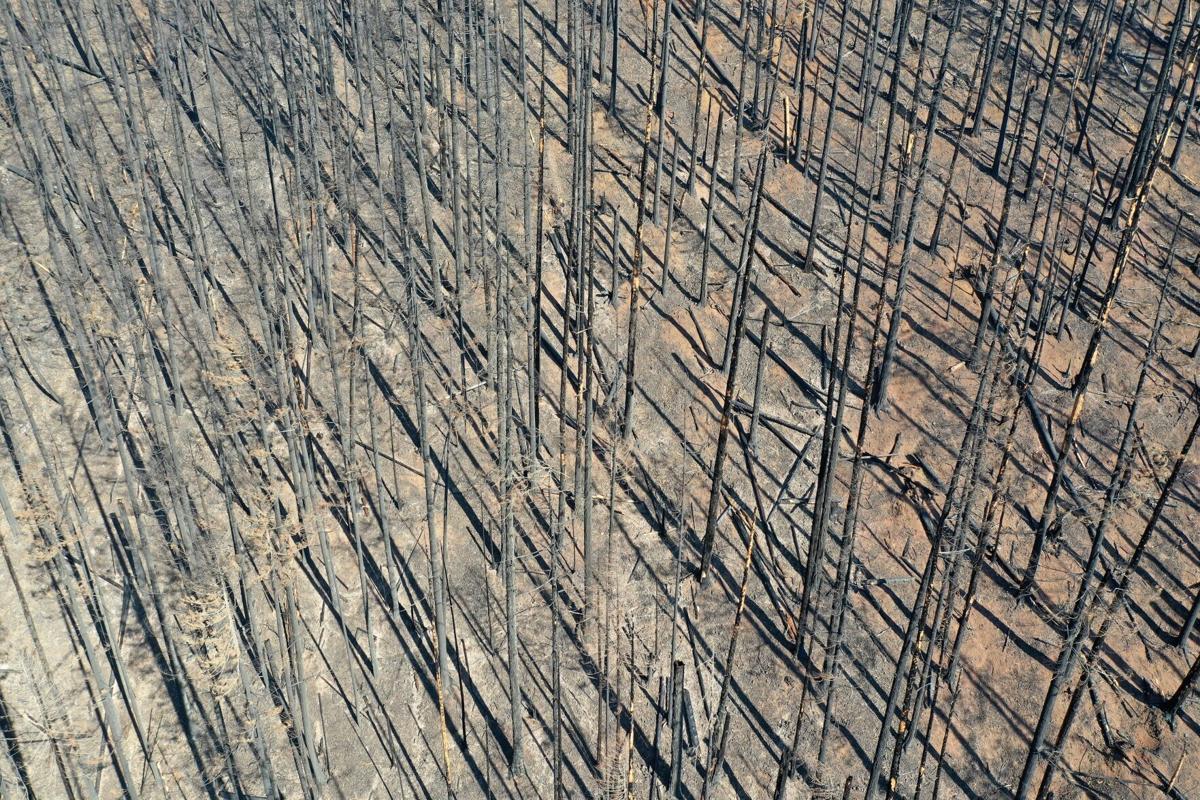 Aftermath of the Riverside fire near Estacada. 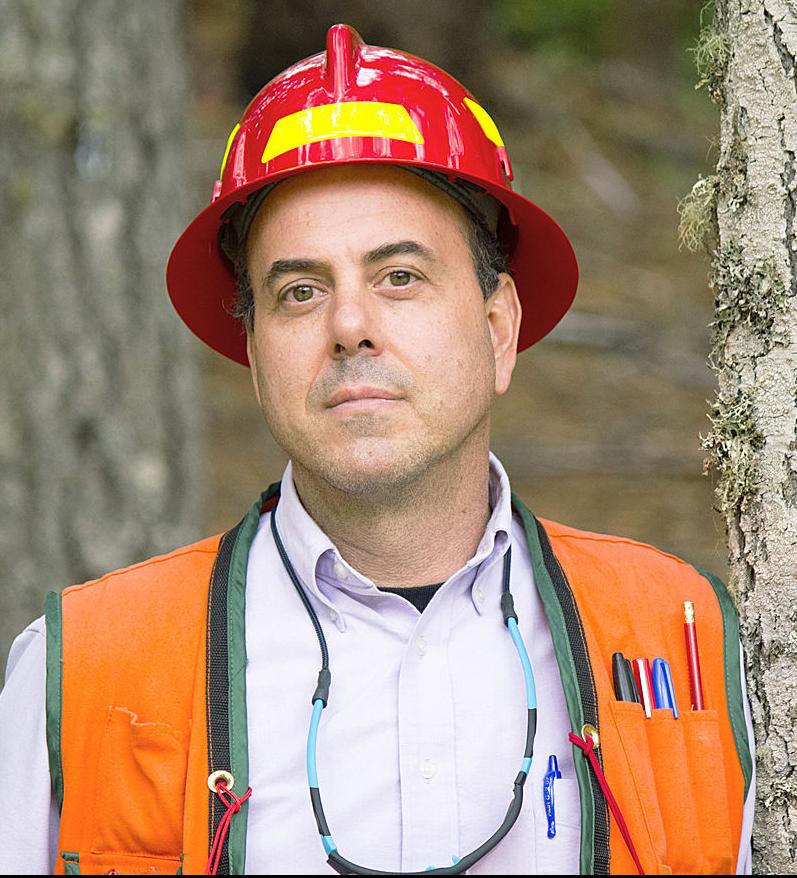 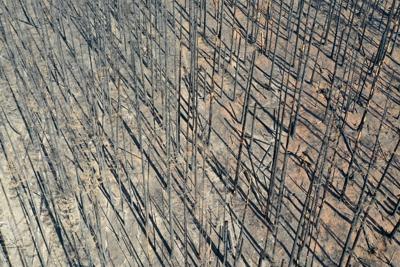 Wildfires aren’t the natural enemies of forests, but the fire regime that’s taken hold of many Northwest forestlands is anything but natural.

Cycles of fiery destruction aren’t just inevitable but necessary for the replenishment of forest plant and wildlife species, which evolved with flames sweeping through underbrush or replacing tree stands altogether.

Roughly a century of fire suppression has caught up with vast expanses of the region’s national forests, which are now overgrown with combustible fuels that threaten to ignite historically ferocious blazes.

“You can change the severity of fire by changing the frequency of fire, and that’s what fire exclusion did,” Hessburg said.

Fires that would have torn through the tops of tree canopies have been prevented, but so have lower-severity fires that would’ve hugged the ground and spared the crowns.

Thick-barked trees like the Ponderosa pine now compete for resources with fir species that are less resistant to flames, particularly in their youth.

As these more shade-tolerant species stretch toward the sunlight that penetrates the upper canopy, they can grow high enough to form a “ladder” for flames to “torch” the crowns of larger trees.

Firefighters have grown more adept at containing blazes while they’re small, aided by decades of cooperatively cool, wet weather during the mid-20th Century.

“There was this sense that we’ve gotten this wildfire thing under control,” Hessburg said.

As the devastating 2020 fire season underscored, though, this command-and-control perspective on fire risk was an illusion. Fires cannot be subdued forever and will eventually return to the landscape — either on our terms, or not.

“The choice of whether or not there is wildfire is not longer on the table,” Hessburg said.

Contrary to the natural rhythm of forest wildfires, which were generally started by lightning strikes, some of the most destructive blazes this year apparently resulted from arson and downed power lines.

While the specific circumstances were extreme in 2020, the significance of these factors can’t be discounted in anticipating future problems.

Experts agree that as climate change prolongs fire seasons, forest biomass will be parched for an extended period of time each summer due to declining snowpacks.

Ignition sources, whether human or natural, will have a wider time window — and more combustible fuels — to cause explosive wildfires as forests dry out sooner and rewet later in autumn and winter.

“We’re seeing the season get longer on both ends,” Hessburg said.

Models indicate the area burned by wildfires in the West may triple or quadruple in the next 30 years, compared to the first couple decades of the 21st Century, he said. “We haven’t seen the worst of it, is the bottom line.”

The traditional federal policy of extinguishing small blazes, even during seasons when they’re unlikely to become massively destructive, contributed to the current vulnerability of national forests.

However, that wasn’t the only factor in suppressing wildfires.

Livestock grazing reduced the dry grasses that acted as “conveyor belts” for fire between forest stands, while roads and railroad lines created fuel breaks that kept them from spreading, Hessburg said.

Logging of the very largest and most valuable ponderosa pines, a longstanding practice in dry forests before forest management and endangered species statutes were enacted, also changed the dynamics of wildfires.

The resulting gaps in forest canopy were gradually filled with more shade-tolerant fir species that created fuel ladders between biomass on the ground and the forest canopy.

“There were several co-factors, it wasn’t planned that way,” Hessburg said.

In Central and Eastern Oregon, forest stands that once would have been thinned to remove two-thirds or three-quarters of the trees were left untouched due to social pressures and changing federal policies, he said.

The role of wildfires in Oregon is affected by the amount of precipitation a forest receives.

Rainfall can discourage or suppress fires but vegetation — which can serve as fuel – grows more vigorously in moister climates.

Seasonally dry forests have adapted to frequent fires that are less disruptive, while coastal forests burn relatively rarely but more completely due to the abundant biomass.

However, it’s a misconception that forests west of the Cascade Range weren’t profoundly shaped by flames, said John Bailey, a professor of forest ecosystems, resources and management at OSU.

Only the wettest forests along the edge of the coast went hundreds of years without seeing fire, Bailey said. Western forests dominated by Douglas fir commonly burned several times per century.

“We’ve kind of underplayed the fire history of the west side,” Bailey said.

While thinning and fuels treatments can improve wildfire resilience in Western Oregon, such projects aren’t as practical in this region precisely because the forests are so productive, said Chris Dunn, a research associate at OSU.

It’s simply not cost-effective to spend money on thinning trees and removing fuels if such a project must be repeated again in five years due to the speedy resurgence of vegetation, he said.

“West side fires are so infrequent, what are you getting out of that?” Dunn said.

“The management will shift based on that new regime,” he said.

Forest characteristics vary in Oregon not only by geography but also by ownership type.

Federal agencies, which own 60% of the state’s forests, have strictly curtailed logging to protect the threatened spotted owl and to comply with environmental laws.

While federal lands are often criticized for being overstocked and fire-prone, more-intensely managed private industrial forests are also vulnerable to wildfire — though exactly how much is a matter of debate.

Since federal forests aren’t as actively managed, they have fewer roads that can serve as anchor points from which to contain wildfires, he said. “They provide you those footholds.”

Larger trees with thicker bark are less likely to die from fire than smaller ones, similarly to forest stands with multiple tree ages and species, he said. Plantations have more uniform stands of younger trees with interlocking crowns, creating a continuous fuel source.

“If a fire breaks out, it can really rage through that,” Dunn said.

However, fire severity represents how thoroughly fuels in a forest were burned and doesn’t tell the entire story, Williams said. Heavy fuels and big trees in an unmanaged forest can burn hotter and be harder to extinguish.

“I’m not sure post-burn severity is as relevant as people think it is,” he said. “It’s all about burn intensity, that’s what matters when you’re trying to put a fire out.”

The timber industry argues that it’s better positioned to extinguish and control flames in industrial forests but fire science experts say such plantations are hardly immune to wildfires.

During exceptionally dangerous conditions, such as those that occurred in late summer, little can realistically be done to thwart the raging flames, DeLuca said. “The fires burned through all management types, even stump fields.”

Thinning and prescribed burning are often touted as the solution to overstocked national forests, but the Forest Service recognizes the task is Sisyphean.

Massive swathes of national forest require such treatments, surpassing the resources at the agency’s disposal, but the challenges are more than just financial.

Due to the scale of the problem, forest managers realize it’s not feasible to “thin your way out of it,” DeLuca said. They must consider allowing wildfires to consume more acres during “shoulder seasons” — spring and autumn — to reduce vegetation density.

“It’s a way of getting a lot of work done without having to pay for a huge operation,” he said.

Mechanical thinning and prescribed fire treatments are expensive so they should be prioritized around residential areas, municipal watersheds or valuable habitat, DeLuca said. The larger trees that remain can better withstand fire, and the forest’s sparser structure allows more frequent but less destructive fires.

“It will burn. But it will burn at low severity and will be easier for firefighters to manage if it closes in on a community they’re trying to protect,” he said.

Forest managers must carefully align the objectives of any thinning and fuels reduction project with those of the National Forest Management Act, National Environmental Policy Act and Endangered Species Act, though other federal statutes also sometimes come into play.

To make the best use of tax dollars, such projects may involve commercial thinning of larger, merchantable trees that environmental groups argue must be protected.

The Forest Service must do more than just “check the boxes” required by federal statutes. It must develop a sturdy legal defense capable of withstanding potential attacks from environmental advocates without totally sacrificing a project’s revenue potential.

Environmentalists argue in court that forest managers use bureaucratic sleight-of-hand to justify projects that don’t pass scientific muster, while federal officials counter that advocates mischaracterize their conclusions as unlawfully “arbitrary and capricious.”

Among environmentalists, some don’t object to thinning and fuels treatments on national forests in theory. Rather, they complain the Forest Service is overzealous in logging larger trees and harming wildlife habitat.

But others in the environmental movement argue that thinning and fuels treatments are counterproductive to preventing fires and are essentially fig leaves for commercial logging.

“Not only does it do tremendous habitat damage but it makes fires burn hotter and faster,” said Chad Hanson, founder of the John Muir Project environmental group. “In other words, the public is being lied to.”

Reducing the forest’s density exposes fine fuels on the ground to sunlight, making them more prone to burn than stands shaded by a thicker tree canopy, Hanson said.

“Fires will sweep through those grasses faster than any vegetation on the landscape, not to mention slash debris,” he said. “What’s being increased is the most combustible material.”

When wildfires do kill patches of trees, or even more extensive stands, it’s not the ecological disaster that many people assume, Hanson said.

In reality, the resulting snag habitat is advantageous for many wildlife species, he said. Greater insect abundance benefits birds, while berry bushes and other plants provide food for bears, elk and deer.

Dead standing trees and downed logs are occupied by prey for the Northern spotted owl, turning snag habitat into a “bed and breakfast” for the threatened species, Hanson said.

“A lot more food for the spotted owls,” he said. “That rich, complex habitat is great for small mammals.”

Fire behavior is ultimately influenced by three major factors: weather, topography and fuel. Forest managers only have any significant control over the final element, Bailey, of OSU, said.

Thinning will reduce the fuel load in a forest, as long as a great deal of leftover slash isn’t left to litter the floor, he said. If the goal is to decrease the destructive force of wildfires, “the push is going to have to be on the fuels.”

Societal resolve plays a crucial but intangible role in fire behavior as well, he said. To mitigate risks, people would need to act with the same determination as they do when battling wildfires.