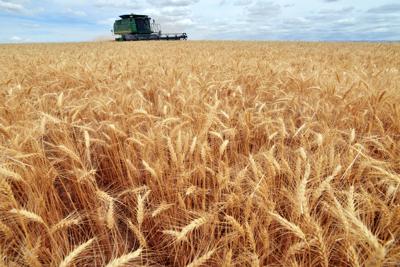 When the Eagle Creek Fire struck the Columbia River Gorge in 2017, Gov. Kate Brown and other Portland-area politicians lamented the damage to their beloved recreation area.

They spoke with good intentions. But their comments rankled rural Oregonians, reinforcing the perception that Portlanders see the Gorge and much of rural Oregon only as their playground. To rural residents, those orchards, farms and natural resources are their livelihood.

“All the Portlandia people drive through it and see, ‘This is what we want it to look like,’” says state Sen. Brian Boquist, R-Dallas.

Lawmakers say it is more common that rural legislators have some familiarity with urban areas than the other way around. The result is that urban lawmakers, who control theLegislature, sometimes pass legislation

that profoundly affects regions where they have never been.

our livelihood and our schools,” says Rep. Sherrie Sprenger, R-Scio. “It’s not our recreation.”

The concept of rural Oregon as Port- land’s playground breeds unhealthy attitudes among some urban lawmakers, according to Tim Josi, a former Demo- cratic legislator who is retiring this year as a Tillamook County Commissioner.

“There is a certain amount of condescension and arrogance,” he says, reflecting a widespread feeling. “They know what’s best for us.”

The decisions made by state policy- makers impact a rural Oregon economy,

including recreation, that remains largely dependent on natural resources.

“Oregon now has two econ- omies: one rural and resource- driven, the other urban and consumer-oriented,” says Eric Schuck, an agricultural economist at Linfield College. “They each need each other, but they don’t always understand what drives the other.

“They don’t understand each other because they do fundamentally different jobs.”

Rural areas are tied to natural resources, including logging, ranching and fishing. Residents have longtime connections to the land. The urban economy centers around technology, commerce and so-called “creative” industries.

Urban workers are more mobile. There are a number of people moving into urban areas, whereas some rural areas deal with stagnant or declining population growth. If there is no room in the local economy for young people entering the workforce, they migrate elsewhere.

Rural areas are more prone to boom- bust cycles, according to Schuck, and many rural jobs are geographically fixed. They are tied to the land or water and can only be done by people who live close-by.

“It’s neither good nor bad. It just is,” Schuck says. For example, “if you don’t do your job unless you live in Clatsop County compared with a job where you can work anywhere you have a phone line.”

Meanwhile, mismatches exist in how economies around the state are performing.

Overall, the Oregon economy is remarkably strong, with “a

says. In rural areas, the economy is neither red-hot nor unhealthy.

There's another tier to the Oregon economy, as well:

people who live on the outskirts of an urban area, where they can enjoy a scenic lifestyle but are close enough to take advantage of urban amenities.

Schuck says this has economic, political and social ramifications.

High-income people like being in the semi-rural, amenity-driven areas. But their interest in the land is different from the extractive industries, and that difference plays out in land-use and environmental decisions. They may want to protect the forest for its beauty and recreation opportunities. Longtime residents value those same qualities while also seeing trees as a harvestable crop to be replanted.

More and more people are deciding where to live based

on scenic beauty and related amenities, not economics, says Mallory Rahe, a community economist with the Oregon State University Extension Service. That trend has both advantages and disadvantages.

Some rural communities are

growing even though longtime resi- dents don’t want to. Retirees who move in have different impacts as taxpayers, consumers and conservationists.

“I think everyone from rural Oregon has a love of the land, and we want

to manage the land the best we can,” says Sen. Fred Girod, R-Stayton. But because of government policies that inhibited logging and caused mills to shut down, “I’ve watched my district go from one of the richest to one of the poorest.”

“There’s still some very raw feelings from the timber wars and water wars from the 1980s and 1990s,” she says.

“I think there’s the stereotype [among environmentalists] that ‘we’ve got to preserve the land because other- wise these people won’t take care of it.’”

Oregon is known for growing some of the world’s best timber. A combi- nation of factors — including govern- ment policies, automation, changes in international markets and increased timber production in other regions — has drastically reduced the number of wood-products jobs. Meanwhile, as wildfires have ravaged federal lands, private timber companies have managed their forests so any fires are not as hot and any burned timber is soon salvaged. Kubisch wants forest management to

be front and center in discussions about the rural economy. Thirty-some years of macroeconomic change have created an economic and social crisis in Douglas County, where her foundation is based.

She is witnessing the second and third generations of people who have not had viable jobs. The number of chil- dren in foster care has doubled amid increases in child and spousal abuse, substance abuse and mental health issues.

Girod, the Republican senator, says that even when Oregon policymakers discuss scientific management of natural resources, they often cannot agree:

“The bad thing about our science in the Capitol is it’s predicated on which biol- ogist you use.”

As for the lack of affordable housing, it has become a statewide issue. One consequence is that the methamphet- amine epidemic has extended further into rural Oregon because of cheap housing, according to Girod, who lives in the Santiam Canyon.

Diversification is hard for resource-dependent economies, espe- cially ones far from an urban center; however, it’s unrealistic to expect the wood products industry to return all the way to its glory days.

“It’s limiting to be focused on the

past. It’s much harder but more produc- tive to focus on the future,” says econo- mist Rahe.

There also must be a recognition that small communities are stretched thin. Residents take on all the local civic responsibilities in addition to their own business, education and family roles.

Rahe and others say there are a number of successes in the rural econo- mies, such as coastal fishermen selling their catch to small, locally owned busi- nesses instead of big corporations.

“There’s a lot of interest from the consumer side and challenges from the producer side,” she says.

Other examples include forest coop- eratives in Eastern Oregon.

“It’s not about becoming equal in the state in some ways, because urban will always dominate,” Rahe says. “It’s recognition there are areas where both areas can benefit. Urban Oregon should want a strong economy in rural Oregon.”

She adds: “Urban Oregon is not out to destroy rural Oregon. They’ve raised their family and grown up in a different context but they’re not the enemy. It’s just hard for some people to understand others. And some try harder than others.”

Urban and rural buy from each other and are dependent on each other. Elec- tricity, water and food come from rural. Many services and manufactured goods come from urban.

Much of the business at the Port of Portland involves shipping Oregon agri- cultural products. Because Oregon is an export state, urban traffic — whether Salem’s inadequate bridges or metro Portland’s heavy congestion — delays rural products from getting to domestic markets and overseas.

And when the Big One hits Portland and Western Oregon, rural Oregon is counted on to be the savior.

“One thing I think Oregonians don’t really understand and appreciate is how interconnected we are. Many jobs in urban Oregon rely on products grown or created in rural Oregon, for example,” says Kevin Curry, an adjunct professor at Linfield.

“Consider the value the wine industry brings not only to Yamhill County and McMinnville but to the urban Portland area via tourism and wine-focused businesses. ...

“Maybe there isn’t as much of a divide as we think.”