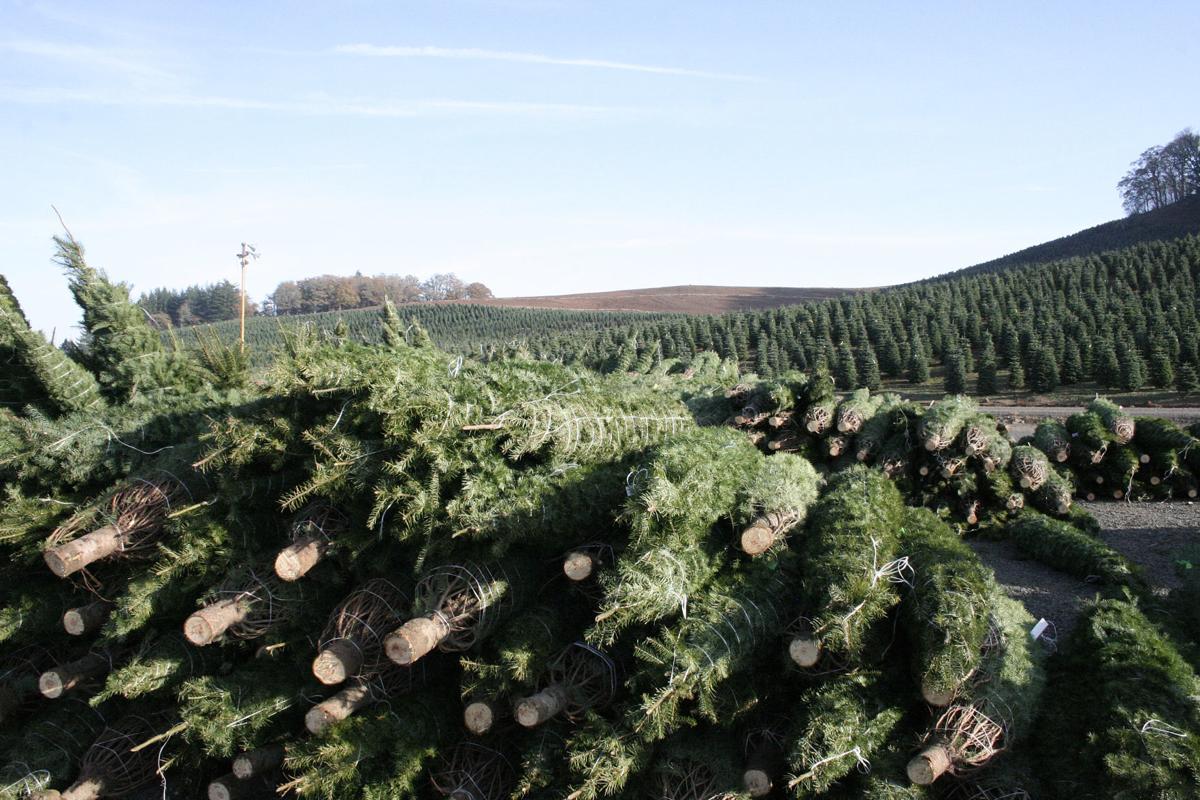 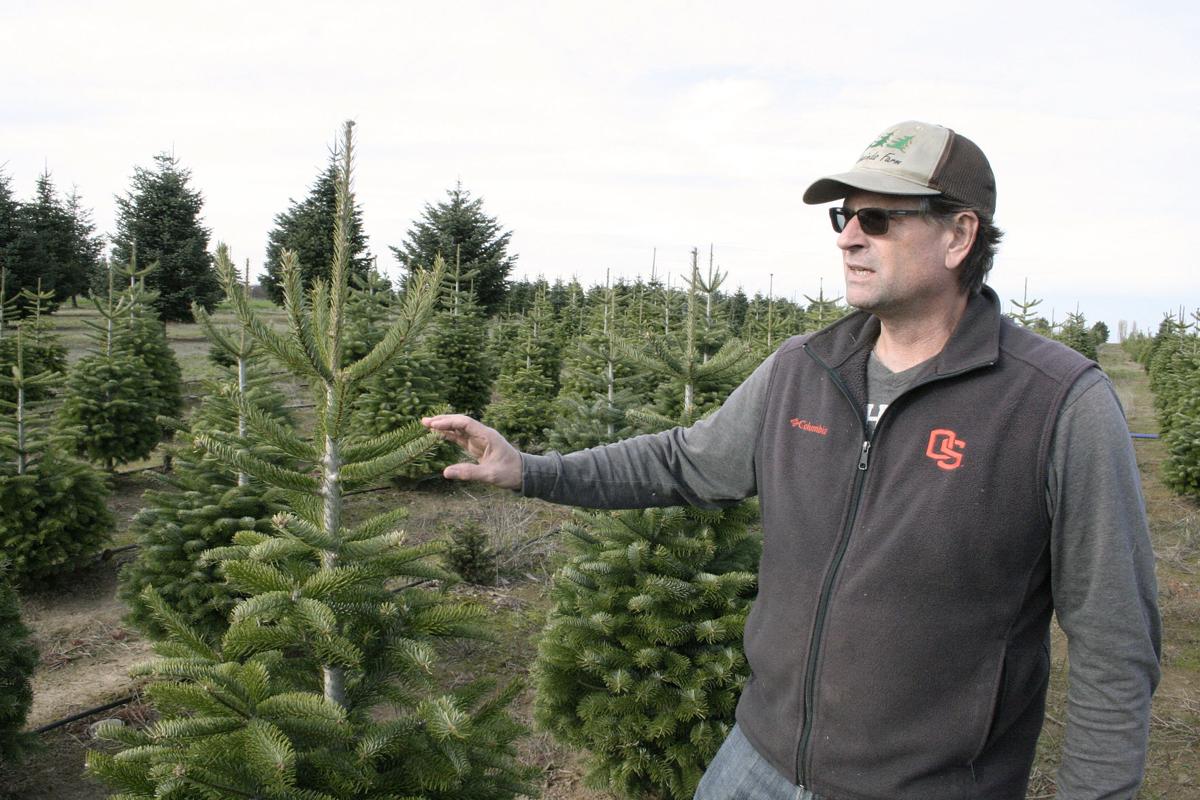 Bryan Brown of Westwinds Farm in Dallas. The operation was started by his father 40 years ago. 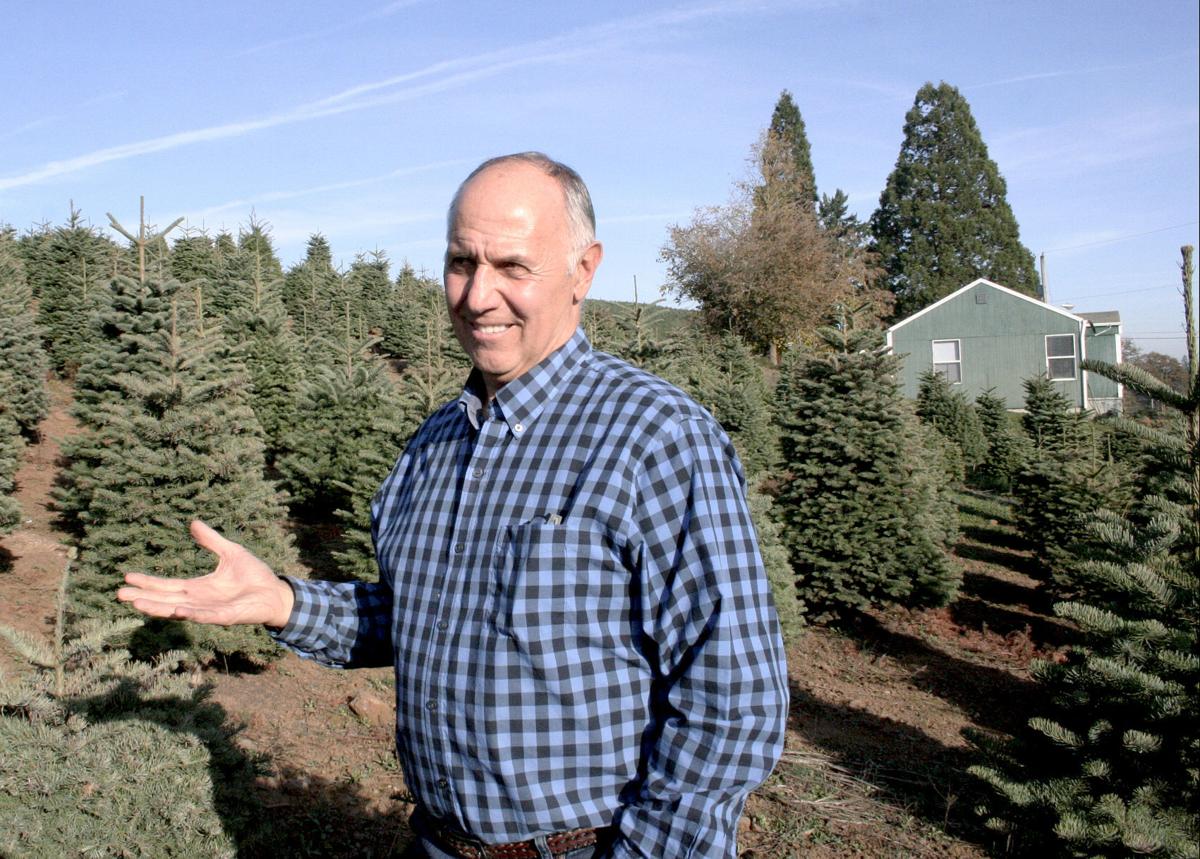 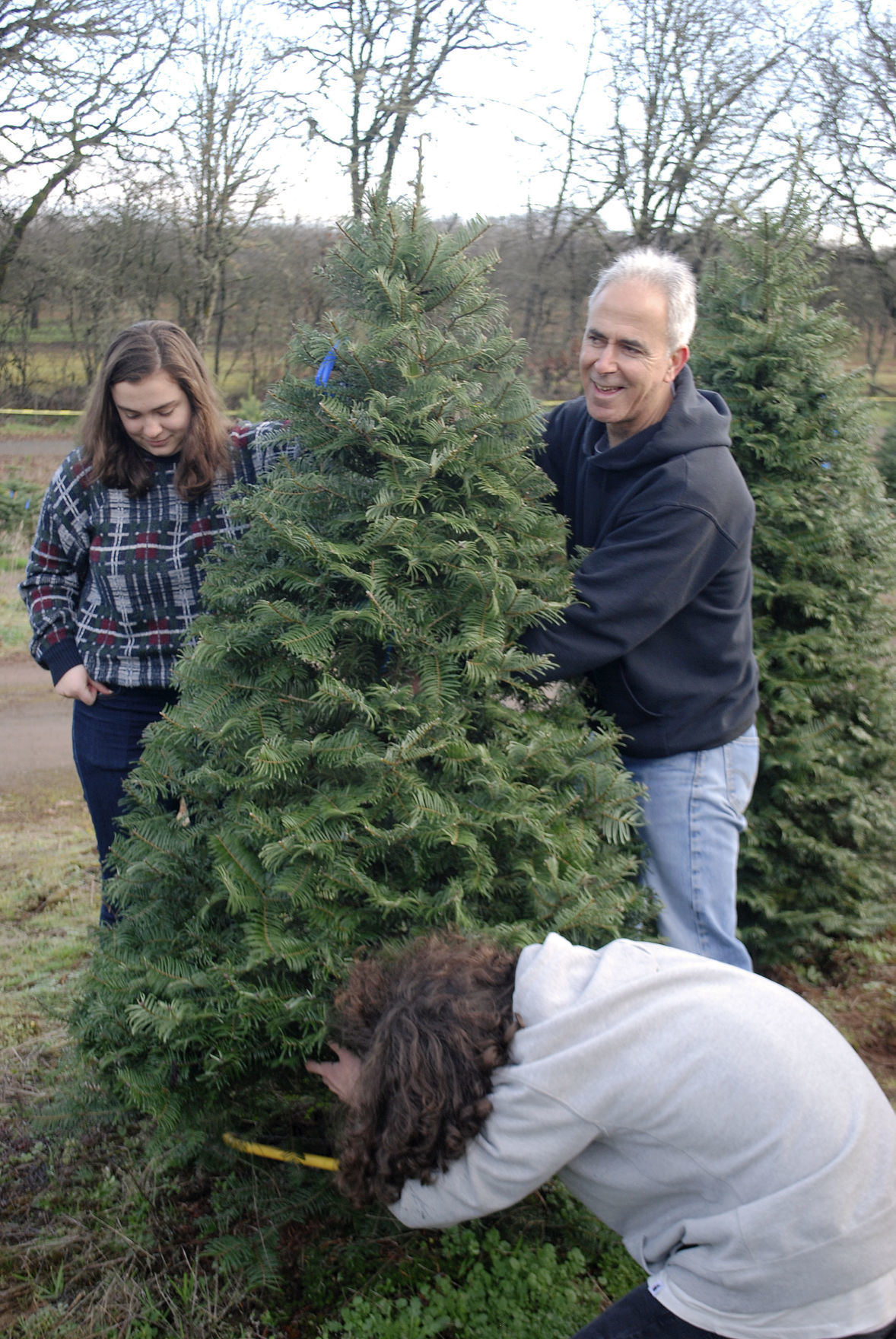 Molly Jones, John Jones and Zane Jones of Salem cut their own tree at the Eola Christmas Tree Farm, Salem. 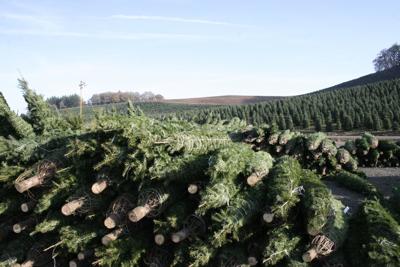 Bryan Brown of Westwinds Farm in Dallas. The operation was started by his father 40 years ago.

Molly Jones, John Jones and Zane Jones of Salem cut their own tree at the Eola Christmas Tree Farm, Salem.

DALLAS, Ore. — If you buy a Christmas tree at Westwinds Farm, there’s no need to get out of breath and covered in mud while sawing it down.

Either the owner, Bryan Brown, or one of his helpers will gladly do it for you.

Though Westwinds Farm is small compared to some of the major Oregon operations, which can farm thousands of acres, the trees still require the same regimen of fertilizing, pruning and maintenance as those on much bigger plots of land.

“You’re pretty much looking at the employee right here,” Brown said. “We have to do everything the big guys do, we just do it at a smaller scale.”

Westwinds Farm is also subject to the same market fluctuations as the rest of the Christmas tree industry, which has weathered more than a decade of dramatic volatility.

During the depths of a market glut that coincided with the Great Recession, some Christmas tree farmers were selling trees for less than the cost of growing them — if they could sell them at all.

“There were years we couldn’t even sell a Christmas tree,” Brown said.

That’s no longer a problem for Oregon Christmas tree growers, who are the country’s top producers of the holiday crop.

These days, farmers say they are actually turning down prospective buyers, such as Boy Scout troops who are desperately searching to supply their holiday fundraising stands.

“We don’t have trees for them. We don’t even have enough trees for customers we’ve been supplying all along,” said Casey Grogan of Silver Bells Tree Farm in Silverton, Ore.

While prices are higher than during the glut of the recession, the potential to make money is hindered by the limited number of trees that Grogan has available to cut.

Even so, farmers are not complaining about the reversal in fortune that’s been brought upon by the tree shortage, said Bob Schaefer, general manager of Noble Mountain Tree Farm near Salem, Ore., which grows trees on 4,000 acres.

“I think most growers are showing a profit at this point in time,” Schaefer said.

The see-saw of economic circumstances experienced by Oregon’s Christmas tree industry is typical of the boom and bust cycles in agriculture, except that the crop’s lengthy production time means the story plays out over decades rather than year-to-year as for annual crops.

Strong prices in the early 2000s led to a surge in Christmas tree planting, culminating in a surplus when those trees began reaching maturity nearly a decade later. Prices plunged, forcing many farmers out of business or leading them to switch to other crops.

“The industry shrank during that oversupply and a lot of people just quit planting,” Schaefer said, adding that a couple major nurseries who supplied the industry also shut down. “That’s a lot of conifer seedlings that suddenly aren’t available.”

The possibility of another rush to plant Christmas trees doesn’t appear probable in the near future, farmers say, due to a changed landscape in the broader agriculture industry.

Land that’s suitable for Christmas trees has instead been planted to other long term crops, such as hazelnut and wine grapes, while the legalization of hemp is also creating competition for acreage.

“We’re scrambling where we’re going to find open ground to plant more trees,” said Jason Hupp, whose family grows Christmas trees near Silverton and operates the Drakes Crossing Nursery for conifers. “We’re not seeing a lot of fields with new trees going in.”

With the current trends in planting and the reluctance of new farmers to grow the crop, it’s unlikely the industry will see another market glut anytime soon, he said.

“Prices will probably continue to be good for the foreseeable future,” Hupp said.

Right now, prices on the wholesale market range from $30-45 per Noble fir tree and $18-27 per Douglas fir tree, which are the most common varieties produced in Oregon, Schaefer said.

During the depths of the oversupply and recession, some farmers were selling both cultivars for as little as $5 per tree, he said.

With retail markups, the amount paid by consumers is even higher. According to the National Christmas Tree Association, the average price per tree at retail was $78 last year.

While robust prices are good news for farmers, they may not be as great for the industry’s long-term health.

Small-scale retailers are having a hard time competing against chain stores that buy in massive volumes, which is troubling because they provide a valuable consumer experience, Schaefer said.

“As an industry, we don’t want to push this out of the realm of reason,” he said.

“We certainly are concerned about artificial trees,” he said.